As the saying goes, better late than never.

It was another hot and humid day for the 2nd Brew Haven Craft Beer Festival that was held on Saturday, August 4th, at Trion Tavern in New Haven, IN.  Despite the weather conditions and the eventual storms that arrived very late in the event, approximatley 1,500 thirsty beer drinkers showed up to partake in the 175 beers from 48 breweries in addition to 50+ homebrews provided by the MASH (Mad Anthony Serious Homebrewers) – Northeast Indiana Homebrewers.

Speaking of homebrewed beers, it has been reported to me that “Paul Till won the Inaugural Brew Haven Homebrew competition that had 97 entries from all over the country including California, Texas, Virginia, Ohio and Michigan. This competition was conducted by The MASH Club. The MASH Club also took home the first Brew Haven People’s Choice award for best booth with Flat12 coming in a close second. (Rules for the People’s Choice Award to be amended next year.)”

Even with the size of this year’s attendance and more breweries this year, having two (2) tents sure made a difference from last year’s event.  It was easier to make one’s way around versus everyone crammed into one (1) tent.  Kudos to the organizers for two (2) tents!!

Of the beers that I sampled, my overall favorite was the Frangelic Mountain Brown from Founders.  I enjoyed it so much that I had a second sample of it as it is a very smooth beer with hazelnut coffee, nutty, roasty, malty, sweet aromas and ditto for the flavor.  The ABV (Alcohol by Volume) is 9%.  This is definitely a beer that I would drink again!!

Mark your calendar for the 3rd annual Brew Haven Craft Beer Festival which will take place on Saturday, August 3, 2013!! 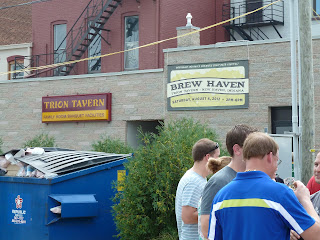 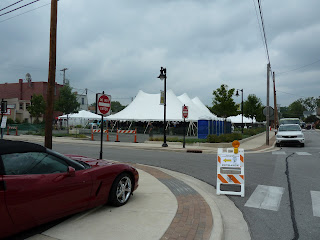 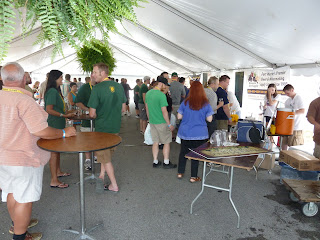 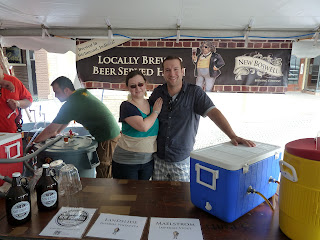 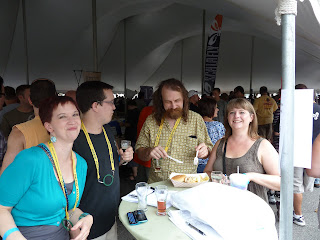 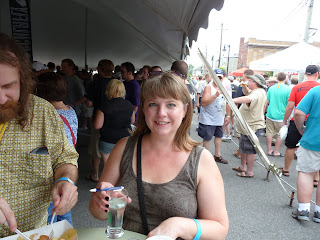 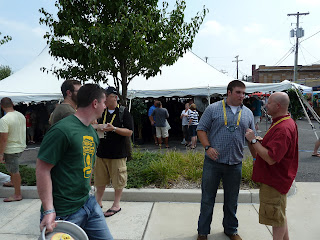