Someone asked if Guinness was going to be there. Not to be poured but to certify the record. 30 beers from one brewery on tap at the same time. It’s not a record (Dragonmead has 42 on tap right now at their brewpub) but it’s pretty impressive. Bringing most of the thirty beers down to another state, setting up 30 lines, tap handles, goodie bags, a raffle, publicity, wow, days and days of work. I can vouch for the Lager of the Lakes, Smoked Stout, Oarsman, Third Coast, Hell Hath No Fury, 2006 Eccentric Ale, Poolside Ale, Cherry Ale, and Harry Magill’s Spiced Stout. The other 250 people who were there can vouch for all the others. Everyone thought all the work done by Bell’s, World Class, and the Beer Sellar staff was worth it. Thanks for the nice evening. 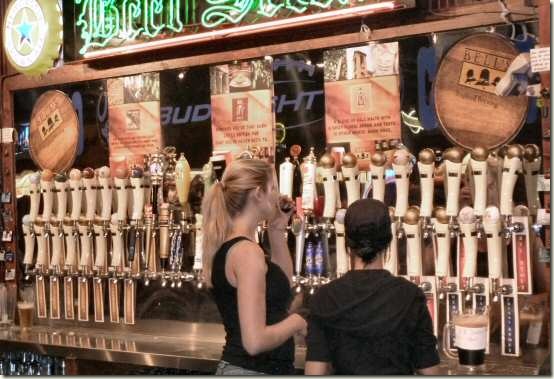 Bell’s Packaging Manager, Cam Helmuth and Kevin Stuchell, the brewer at the Eccentric Cafe came down for the party. In fact, 13 of the 30 were brewed by Kevin and rarely or never before served outside his realm, including:

Those last 2 were the first to run out of course. 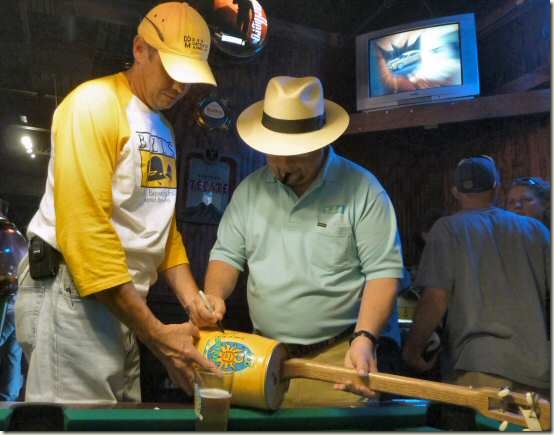 Is that Larry Bell under the hat signing a homemade Oberon Guitar? 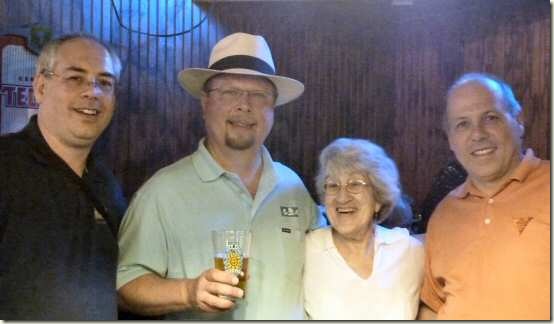 Yep. Larry and Rita Kohn of Nuvo are flanked by
Bob Mack and Jim Schembre of World Class Beverages. More pictures at Hoosier Beer Geeks. Addenda: The Beer Sellar still have most of the special Bell’s on tap and will sell them until they run out. Many will be sold in the 5oz samples for between $3 and $5. Others, like the Oarsman will be priced at, say 16oz for $4. Same prices as last night.