The history of Cutters Brewing Company embodies the spirit and passion of aspiring artisans from all walks of life. The project started in 2010 in Bloomington with two friends brewing on a small two-barrel system on the weekends. Beers were bottled by hand into bombers and distributed to a few local liquor stores and bars. Things have developed quickly for the brewery in a few short years. Today, the Cutters brewing operation resides in Avon with a 30-barrel brewhouse and automated bottling line. The beers produced by this operation are now distributed statewide in Indiana, and Illinois distribution was launched this past October. In short, if you’re reading this blog, there is a good chance of finding Cutters beers in your local market. Cutters produces five year-round beers along with a rotating list of seasonal offerings and special releases. Kathleen had the pleasure last July of walking through the facility, getting a tour and trying some beers. Thanks to our friends at Cutters, we had the opportunity to work our way through a full lineup and pass some thoughts along to you. Everyone’s tastes are different, so we decided to split the beers between Kathleen and I to offer two different perspectives on each one. Here are the notes on each beer, personal rankings, and overall recommendations from two beer drinkers with different tastes:

Monon Wheat – Our refreshing Belgian style Wit beer is powered by the memories of the Monon Railroad and brewed with lemon peel, orange peel, and coriander for a crisp, tart finish. 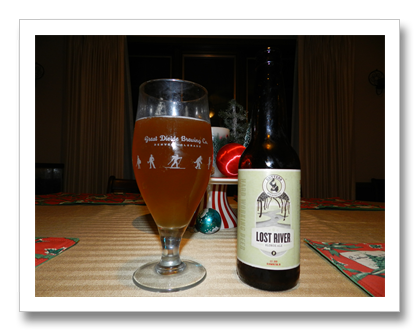 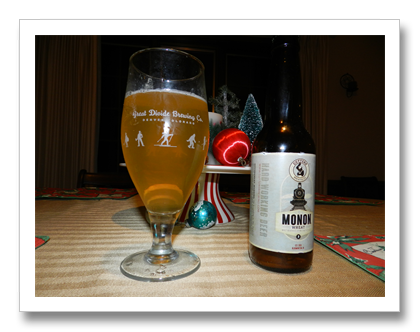 Half Court IPA – Half Court IPA, containing 70 IBUs, is made up mostly of Cascade, Centennial, and Summit hops and a solid malt backbone.

Floyd’s Folly Scottish – A roasty and caramelly Scottish that drinks incredibly smooth for an 8% abv beer. 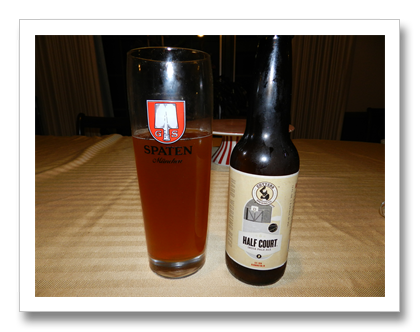 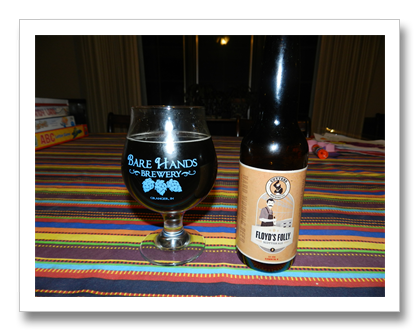 Empire Imperial Stout – With over 270 pounds of molasses added during the boil, this malty beer is black as night and tastes like dessert in a glass.

General Brown Sour Brown Ale (seasonal) – A Flanders-style sour in which we used the malt bill similar to our Scottish ale before infecting this batch and eventually aging on oak. 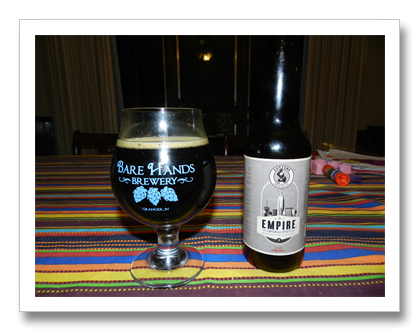 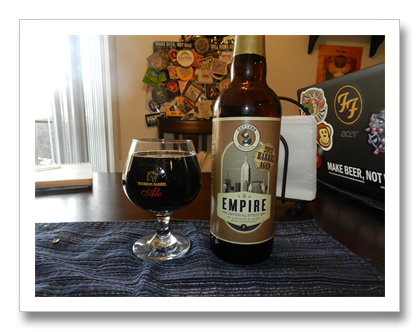 Pentagon Porter (seasonal) – A small yet flavorful porter which we consider a miniature version of our Empire, roasty malt flavors and just a hint of molasses combine in our favorite fall beer.

Bourbon Barrel Aged Empire (seasonal) – Our Empire aged in bourbon barrels from a local Indianapolis distillery for seven months, was bottled in October and released at the brewery.

Overall Comments Kathleen: Overall, I’m still a fan of Cutters Brewing. Monon Wheat is one of my go to, summer night 6 pack pick up beers, and with warmer weather coming I’ll be looking forward to having more. Nathan: There are a lot of options out there for your craft beer dollar, and it will only get more crowded in the next few years. Everyone has some good beers. So the question is – does a brewery produce any that you would specifically seek out among the myriad offerings at your disposal? In the Cutters lineup, I would answer yes to both Floyd’s Folly and the Monon Wheat. Both are great beers and also styles that have not been well-represented in the local market to date. Upland Wheat is surely the best known Indiana-brewed Wit (and is a fine beer in it’s own right), but I found the Monon Wheat to be more flavorful with a better use of spicing. Although I’m still partial to Floyd’s Folly, Monon Wheat was the clear winner when combining our two rankings. Thanks Cutters! Best wishes for your continued success! Kathleen and Nathan