The Hoosier Beer Geeks got the scoop: Coming Soon to Indy (maybe): Upland Brewing Company but if Jason had continued the search, he’d have found out about Barley Island’s upcoming tied house at the old Scholars Inn Bakehouse on the main corner of Broad Ripple Ave and College. Jeff Eaton, owner of BI says " We have agreed to lease terms for the former Scholar’s Inn site at the corner of 62nd/College.  Planned opening for Barley Island Restaurant & Brewhouse is mid-September with 20 taps featuring Barley Island as well as Indiana & Regional craft beer.  The new Brewhouse will be non-smoking with a family dining section and a tap room containing an oak bar from the T.G.I. Friday’s at the old airport location.   I look forward to increasing sampling and brand recognition for Barley Island with the beer-savvy Broadripple clientele." So it will be Upland at 49th and College, Barley Island at 62nd and College, Brugge, and the Broad Ripple Brewpub for a 4-pub crawl. Bring on the beer tourists. 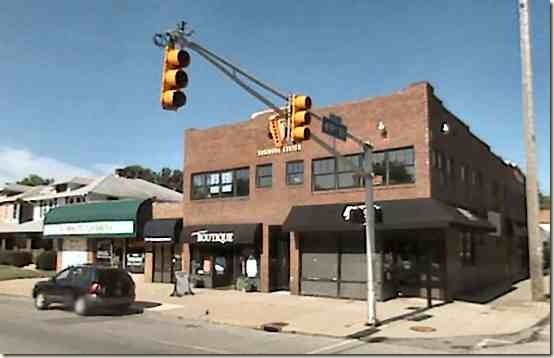 Upland is applying for a liquor license at 4842 N. College in Indy. 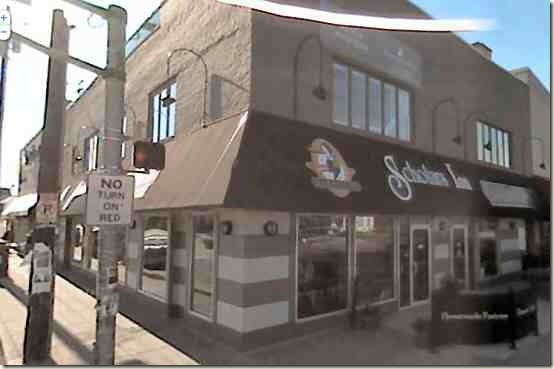 And Barley Island also has a permit pending for 701 E. Broad Ripple Ave.
Both images stolen from Google Maps.

10 thoughts on “Barley Island and Upland both coming to College Ave in Indianapolis.”