Show Header Sidebar Content
The Beer is Good blog, based out of South Bend, is having a party at Fiddler’s Hearth on November 5th. They’re calling it The Beer is Good at Fiddler’s Hearth Craft Brew party. In preparation TBiG and FH spent a day at Four Horsemen creating a beer for the event. The blog post doesn’t  mention a name or style so it may be a surprise. Guess you’ll have to be there to find out. That’s neat. 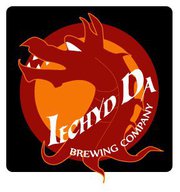 A press release from Iechyd Da:

A microbrewery will fill an empty storefront on Main Street in Elkhart. Owners Chip and Summer Lewis have secured the building located at 317 N. Main as the future home of Iechyd Da (pronounced Yacky Dah) Brewing Company.  Renovations will begin soon and continue through the winter with a projected opening in April 2012.

The Lewises are capitalizing on the growing popularity of craft beer by bringing locally produced, artisan ales and lagers to the City with a Heart. Once open to the public, Iechyd Da will offer 7-10 rotating house-brewed beers along with simple, fresh food choices.

The pub will have seating for fifty and a new parking lot will be constructed next door to the building. When the decision was made to open a brewery, Owner/Brewer Chip Lewis had no doubt about where it should be located

“I was born and raised in Elkhart. I love living here and I hope to be part of the great things happening on Main Street. My goal is to help bring people downtown with a product that is unique to our pub and our town,” said Lewis.

Lewis is of Welsh descent and can trace his lineage to the first arrival in 1635. The brewery name—Iechyd Da—pays homage to his heritage and is a Welsh toast equivalent to saying “Cheers!”

Beer brewed by Iechyd Da will not be available for sale to the public until April; however the Lewises will be offering samples at tasting events throughout Michiana in the coming months. Iechyd Da Brewing Company will be featured with other local breweries at the South Bend Brewfest on October 22nd at the Century Center in South Bend. Tickets are available at morriscenter.org.

Brewery progress may be followed on Facebook at www.facebook.com/iechyddabrew.

Headline: Bell’s Brewery Inc. expects new 200-barrel brewhouse to begin operation in January (with video)
Really. Chocolate Peanut Butter Porter.
Foster’s announced that it will sell itself to SABMiller’s for $10.2 billion.
Here’s a nice bunch of Oktoberfest pictures.
And a sad picture of Ninkasi Brewing’s imploded grain silo. Hint: Open a vent at the top when taking malt out the bottom.

Police in Denver evacuate an apartment building due to the odor of a meth lab. Turns out to be a homebrew kit. article