Apologies for my brief absence from the blog while other aspects of life got in the way. I’ll try to make it up with a bit of news and some extended ponderings near the end. As if the tryptophan wasn’t enough to put you in coma already……. Congrats to Sun King and Three Floyds for taking home medals from the 2012 Festival of Wood and Barrel Aged Beers competition. Sun King took a gold in Classic Styles with Afternoon Delight and silver in Strong/Double/Imperial Dark Beer with Pappy Fog while Three Floyds took the silver in Fruit Beer with Ronaldo. Best in Show went to Goose Island’s Cherry Rye Bourbon County Stout which was aged in rye whiskey barrels with whole Michigan cherries. If you’re near the Chicago area, Cherry Rye Bourbon County Stout will see a limited release there on Black Friday (initial reports had the retail price at $45 a bottle). 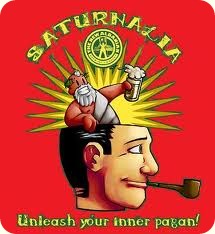 New Albanian’s Saturnalia winter solstice celebration kicks off today with the annual hedonistic pleasures found in rare, seasonal, and festive drafts from around the world. Delirium Noel, Boulevard Saison-Brett, Corsendonk Christmas Ale, and exotic selections from Lafayette and Munster are among the highlights of this year’s event. New kegs in the lineup will be tapped periodically through the month of December. Founders isn’t kidding when they say their barrel-aged beers are cellared in the caves beneath Grand Rapids. Check out some great pictures here of employees mining for KBS and other assorted brewery pictures. Bottles of the 15th anniversary Bolt Cutter should be making their way to your neighborhood liquor store should you be interested in bribing the beer manager to procure a bottle. Our friend Frank Petrarca paid a visit to Turoni’s Pizzeria and Brewery in Evansville and offers the following review: It appears to be a small-batch brewery and it was too late to get a brewery tour. The building was old, had lots of character and plenty of vintage signage and pictures gracing the walls. I ordered a 5-beer sampler for $5.75.

All in all the beers really pretty good. There were no off-flavors, very drinkable and pretty true to style. I ended up with a pint of IPA. My wife Theresa really enjoyed their Pumpkin Ale. Pints are $3.75 all the time! But the  pizza absolutely blew me away. I grew up in the Chicago area eating thin crust, scorching hot pizza with real Italian sausage and great toppings. If you know me you’ll know I have made literally hundreds of pizzas. Some of you have been to my little pizza shindigs I’ve thrown and you know I enjoy great pizza- it’s one of my passions. Aside from the ones I make on the stone at home I have not had pizza like this since moving away from the Chicago area 31 years ago. Seriously… Good…. Pizza! (Not a description I throw around lightly either) $5.75 samplers. $3.75 pints. Fast, attentive service even though they were packed. The BEST pizza you’ll find in Indiana. Bottom line- if you ever find yourself in Evansville, Indiana go to Turoni’s on Main Street. When we return it’ll be our first stop. Thanks Frank! Chris Cooley was recently re-signed by the NFL’s Washington Redskins despite a failed contract negotiation that would have netted Cooley a case of beer after each game. Upon learning of Cooley’s predicament, Flying Dog brewery stepped up to offer a Shock and Awe variety pack for the remaining six games. So Flying Dog was able to generate a little publicity with this deal, but don’t expect Roger Goodell to formally endorse sponsorship from Doggie Style Pale Ale, Raging Bitch Belgian IPA, or Pearl Necklace Oyster Stout in the near future. This is wholesome family entertainment they’re messing with here. A recent report from Time Magazine notes that the bastardization mainstreaming of darker, stronger beers appears to be well underway. AB InBev is rolling out a new family of lagers that up the ante at around 6% ABV including Budweiser Black Crown (actually an amber lager), Michelob Black Bock, and Rolling Rock Black Rock. But my personal favorite is definitely the Busch Black Light Lager option for budget drinkers. Yes, apparently there is pent up demand from college students everywhere for more intense hangovers and added color in their vomit. In other Goose Island news, founders John Hall and Tony Bowker are stepping down from their roles of CEO and COO of the brewery. Stepping in to the CEO position will be AB InBev executive Andy Goeler, whose claim to fame includes attempting to trick craft beer consumers into buying a beverage so edgy it needs mohawk-sporting fruit to capture its essence. Cheers to Mr. Hall (who recently turned 70) for his success in developing the Goose Island brand and looking to spend more time with his family. I haven’t been one to ridicule GI based solely on the AB InBev acquisition, but this move places the brewery firmly under Anheuser-Busch managing control and it’s hard not to be cynical about the principles that will now drive the company’s future. The good news is that Goose Island leaves behind a fertile craft beer industry that is not under multinational corporate control…….yet. 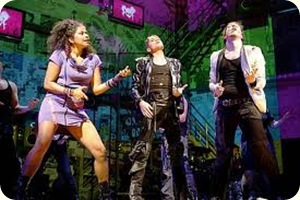 It’s a popular debate in the craft beer world, but tensions between independent craft brewers and the macrobrewers that covet their growing market seem to be increasing. A recent article for CNN Money included the predictable arguments from the big brewers about the benefits of increased consumer choice and the arguments from independents about why you should care who makes the beer you drink. It ultimately comes down to the drinker and the intrinsic values they place in viewing craft beer as a community (albeit a rapidly growing one). Really, some of the same values are in play when you select a local brewery’s six-pack over the latest offering from a national craft brand. I’m one to believe there is a certain valuable culture inherent in supporting independent craft breweries that can’t be replicated in a glass of Blue Moon. Put another way, buying a ticket for a Broadway performance of “American Idiot” is not quite the equivalent of supporting independent punk rock. A former coworker once expressed alarm upon learning I was attending local punk shows and offered to start going along as my wingman, presumably as backup when the leather-studded heathens decided to beat my face to a bloody pulp just for showing up. In reality, there is a real sense of community among strangers at these shows and I’m more afraid of drunken frat boys at Jimmy Buffet. The point being that I prefer to think of craft drinkers as belonging to a culture of particular values that don’t always fit nicely into a defined corporate demographic. But maybe that’s just what I want to believe. And if you get tired of both sides, you can always just say screw it and make your own damn beer! Cheers, Nathan