Keep an eye out for Sierra Nevada’s “Best of Beer Camp” 12-pack boxes hitting stores this month. The Imperial Red Ale inside was developed by Muncie’s Stan Stephens (owner of the Heorot Pub) and Bob Cox at last year’s Beer Camp. Their creation was selected as one of four beers to be included in the variety pack which also includes an Oatmeal Stout (quite large for the style at 9% ABV), Imperial Pilsner, and Floral IPA. If you can’t get your hands on a box, the Imperial Red Ale will be one of 20 Sierra Nevada brews tapped at the Heorot’s “beer school” on August 24th from 6-8pm. There is no charge for the event, but potential students are asked to sign up at the pub in advance of the festivities. 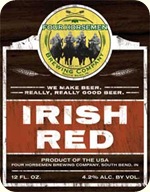 Congrats to Four Horsemen Brewing in South Bend for winning a bronze medal with their Irish Red in the US Open Beer Championship. The competition included more than 1650 beers judged in 65 beer style categories with Sweetwater Brewing in Atlanta winning the Grand National Champion award. As we approach the season for Oktoberfest celebrations, word comes from Bell’s that their annual Octoberfest seasonal brand will not be offered in six-packs this year. The construction and transition into their new brewhouse limited the required fermentation space, but the product will still be available on draft. In other Bell’s news, their seasonal and somewhat elusive Double IPA “The Oracle” will be tapped at 6pm tonight at Max’s Place in Bloomington and at 5pm Friday at Gerst Haus in Evansville. There may be some concerns on the horizon for fans of hard ciders. Michigan is estimating a 90% loss of their annual apple crop after the spring weather caused fruit tree buds to come out early and subsequently freeze. Indiana could also see our worst crop in over 50 years. This week the White House admitted to operating a homebrewery that makes small batches of beer for special events. After reading just a few of the comments on the USA Today story, I’m not going to attempt a joke or even say another word about this. Take a deep breath everyone, it’s not always that freakin’ deep. The term “craft beer” highlights the list of words and definitions added to the latest edition of Merriam-Webster’s Collegiate Dictionary. Other notables include “gastropub”, “man cave”, and “sexting”. The list is rounded out with the ubiquitous “f-bomb”, which is likely utilized more frequently in the making of craft beer than its consumption. The occasional odd/random request or announcement will hit my email, but this one was kind of a standout. In an effort to appeal to the younger audience, the folks at Roth IRA created Tom, the 25 year-old beer lover who can use their products to save enough money for a retirement skyscraper worth of beer that will provide a six-pack a day until he turns 100. I’m just guessing that most of us will need to buy a few things other than beer in retirement, but I have to applaud the effort here. It’s worth noting that the savings allocate 83 cents a beer, so you may have all you want but it probably won’t be Three Floyds. 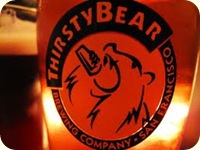 A mother bear with three cubs reportedly ripped off the wall of a cabin in Norway and proceeded to consume over 100 cans of beer stored inside. The party continued as the bears finished off the cabin’s food and smashed the beds and kitchen appliances. The owner identified the culprits based on excrement on the outside of the cabin. So the ripped open wall wasn’t your first clue? A startup brewery going by the name of Kinky Kabin in Bangor, Wisconsin (I couldn’t make this up if I tried) seems to have embraced the idea of taking sexuality in beer marketing to the next level. I’m not one to necessarily discourage such things (let’s not talk about some of my homebrew names), but the claim that their beers are “specially formulated to lower the inhibitions of the people drinking it” seems a bit obvious. There is a way to formulate beer to lower inhibitions. Most of us just call it fermentation. Cheers, Nathan