It’s time for Lafayette to join the summer beer festival carnival with Saturday’s Beers Across the Wabash. Mother Nature is even bringing back 90-degree temps for the occasion. But it should be a fantastic day, and if you miss out you’ll just have to rely on our review and that would be a shame. In case you missed the comment earlier this week, here is an update from Josh at Flat 12: Just a heads up. Flat 12, Sunking, and People’s will be taking over the taps at The Black Sparrow immediately following the festival. We did it with people’s after TAPs this spring and it was a blast so with the addition of SK it will only be an even bigger party. For those that don’t know Lafayette is my home town so we pulled some special stuff out of the cellar. Look forward to seeing everyone there! 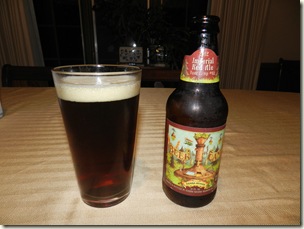 Speaking of reviews, I’m going to start trying to throw a few beer reviews in here when it seems relevant. This week I picked up the Sierra Nevada Best of Beer Camp variety pack to try the Imperial Red Ale (developed by Muncie’s Stan Stephens and Bob Cox). The aroma is dominated by citrus hop character with the type of fresh quality that can be difficult to find in bottled beer that has been sitting around a liquor store. Nice, but doesn’t reveal the complexity of the flavor ahead. The first taste smacks you in the face with an assertive bitterness that is followed by a wonderfully complex blend of caramel and raisin from the malt and heavy grapefruit with hints of pineapple, peach, and mango from the hops. The finish is dry with a lingering bitterness and slight alcohol warming.  Overall, I would prefer to have the bitterness toned down but this was still a very enjoyable beer. Among the other varieties, the Imperial Pilsner was very good (quite flavorful but possibly one of the smallest commercial “Imperial” beers at 5.6%). The Oatmeal Stout shows promise and would probably benefit from some aging – at a mere 9% ABV it apparently didn’t qualify for Imperial status. The Floral IPA brewed with rose hips and petals had a mild perfume character that wasn’t really my thing, but maybe I need another to get used to it. From Anita Johnson of Great Fermentations and the Indiana Brewers Cup: The Broad Ripple Brewpub has a standing agreement with the Indiana State Fair Brewers Cup to do a collaboration with the home brew Best of Show (BOS) winner. The collaboration with the 2011 BOS winner, Chris Ingermann, with his Vienna lager will be tapped this Saturday, August 25th at 3 PM. Stop by and support the Brewpub, the Brewers Cup and Chris Ingermann by having a pint. Gravity Head at New Albanian is still six months away on February 22nd, but the list of festival-eligible kegs is already taking shape. Five vintages of Sierra Nevada Bigfoot, six massive brews from Great Divide, three varieties of JW Lees Harvest Ale, and many more. Hopefully the Mayan calendar is a few months off. In a sign of the current times, Ball Corp. is closing two can plants in response to slowing global demand for 12-ounce cans. The company will focus more on specialty beverage can packaging, such as the Alumni-Tek bottles that were recently used for the Sun King/Oskar Blues Chaka and have been promoted by Coors Light. Some good news on the apple forecast from the latest USDA Crop Report: A slight increase in production

from Washington, the largest producer in the country, helps to limit the drop in overall production to 15% despite catastrophic forecasts from Michigan and New York. Also of note, forecasted hop production is down 5% while barley production is up a whopping 42%! Our crazy homebrewing community has put a little steam behind an online petition for the release of the White House’s suddenly infamous Honey Ale recipe (thanks to Jason Mundy for the heads up). The petition has gained over 3000 signatures in five days, but must reach 25,000 by September 17th to receive an official response. You can sign the petition and view the current status here. You will need a whitehouse.gov account to sign the petition, which probably subjects you to yet another avenue for the government to monitor your activities. What, me paranoid? A few random notes that almost assuredly might interest only me. Beer name of the week – Nebraska Brewing Company is releasing an IPA called Romancing the Cone. I stumbled across another blog that is dedicated to covering three things: Punk, Beer, and Tacos! It’s such a wonderful feeling to finally locate my long lost brother……*sniff* 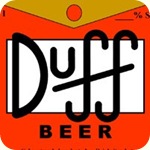 The battle to bring fictional Duff Beer to the masses continues. Two Colombian businessmen have been producing a beer using connected “f”s so they could claim the beer’s name was actually “DuH” when Rupert Murdoch’s minions came calling. Amazingly, the 20th Century Fox legal team was not fooled and the Colombian government shut down production, distribution, and sales of the beer. The brewers have vowed to defend their right to rip off cartoon products with Hagar the Horrible’s frothy mug next on the agenda. Anyone else remember growing up with a strange attraction to Hagar’s daughter Honi? Yeah, nevermind……. Cheers, Nathan