Many of the larger beer festivals for the summer are now in the rearview mirror, but you can still seize some summer memories at the Wine & Beer New Orleans Style in Fort Wayne this Saturday, the WAMM (Wine, Art, Music, and Microbrew) Fest in Greenwood on the 18th, or Beers Across the Wabash in Lafayette on the 25th. Hopefully everyone had a great time at Brew Haven last weekend. Congrats go out to Paul Till for winning the Brew Haven Homebrew Competition with a Vienna Lager. 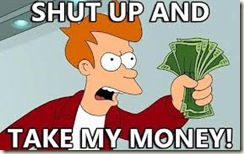 Barnaby Struve of Three Floyds chatted with the Northwest Indiana Times about the new conference room and improved menu in the brewpub, the intent to expand their operation to Chicago, and the possibility of hitting Indiana’s small brewery production cap again in the near future. As part of their efforts to keep up with demand, and prevent corner liquor stores from bringing along “four homeless people” that buy the max quantity, the purchase limit for to-go beer has been reduced from six cases to two. If my math is correct, said liquor stores will now need to bring 14 homeless people to get their normal 30 case haul. Or maybe they’ll back off and let everyone have their fair share. No blog around here is really complete without the requisite Tom Wallbank mention. This week, Tom’s homebrewing achievements were recognized by the Zionsville Times Sentinel. I wonder if the Times Sentinel realizes there are two national medalists in their backyard (cheers Mr. Meinzer). Chris Ingermann’s 2011 Brewers Cup Best of Show Vienna Lager recipe will be tapped at the Broad Ripple Brewpub on August 25th at 3pm, and he recently sat down for an interview with Anita at Great Fermentations. On a side note, the late 19th/early 20th century Ingermann family brewery is mentioned in Bob Ostrander’s book on Indiana Brewing History and you can find additional information from Chris himself here. Founders Brewing continues to have a variety of nonsensical problems breaking into new distribution markets. This time there is an issue with Breakfast Stout in New Hampshire. The child that is featured on the beer’s label (clearly using a bowl and spoon, not the typical way beer is consumed in my experience) violates the state’s liquor code that forbids any reference to minors on alcohol packaging. “Live Free or Die” eh? Black Swan Brewpub got a dining review from the IndyStar and some recognition for sourcing local food. At the risk of going cheerleader, this place is seriously worth a visit for some quality food and brew. Chef Nick is a pretty cool guy, and where else can you get fries tossed in truffle oil and parmesan with a bacon aioli dip? Reciting sales figures can get a little old, but the recent Brewers Association announcement that craft beer sales were up 14% by dollars and 12% by volume in the first six months of 2012 is pretty impressive. Can this type of growth be sustained? I’m somewhat optimistic, but the 1252(!) breweries currently in planning had certainly better hope so. 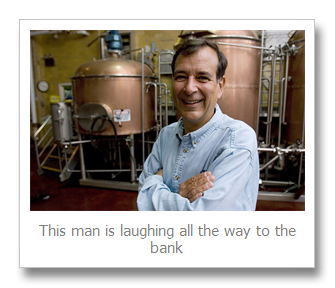 Because the bigger sites like to rip off my ideas (just kidding bigger sites), BeerPulse has asked their readers to vote on if they think Boston Beer Co. (Sam Adams) is a “craft” brewery. Since I frequently rip off link articles from BeerPulse (see the Founders story above), I’ll let it slide this time. The results: 52% consider it craft, 40% don’t consider it craft, while 8% took the time to vote because they’re indifferent. Apparently “just get back to shoving beer news down my gullet blogger boy” wasn’t an option. You might be very relieved to learn that Bud Light has renewed their partnership with “worldwide hit-maker” Pitbull. Because nothing spices up your light lager like a little boom, boom, boom, boom. Dale! Cheers, Nathan