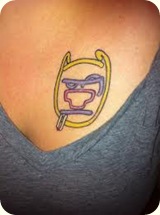 RateBeer has released their latest set of “best” lists for 2013, which is better known as the Three Floyds Open in this state. The craft titans from Munster rank #2 (behind only Hill Farmstead Brewery in Vermont) on the list of Best Brewers In The World. Dreadnaught, Zombie Dust, and Dark Lord (Bourbon Vanilla Bean) claimed spots among the Top 25 on the list of Best Beers In The World. To take it one step further, a total of nine 3F offerings were included among the Best Beers By Style lists (they make a Schwarzbier?).  The wealth is spread around a little more if you delve into the Top Retailers By Subregion for Indiana:

You should never take it literally if you hear us muttering that it seems like a new brewery opens every day. According to the Brewers Association, that would more accurately be stated as 1.06 breweries per day in 2012. The nationwide figures show an increase in active breweries from 1949 at the end of 2011 to the 2336 that closed out 2012. But wait – there’s more! The BA counts 1254 prospective breweries-in-planning that were in some phase of opening during 2012. Like I always say, a chicken in every pot and a brewery in every neighborhood – that’s how it goes right? Bottleneck Management is set to open a new restaurant called Howells & Hood this March in the Tribune Tower. The setup includes three separate bars with a total of 360 beer taps, which they believe will be the most of any restaurant in the world. If you go there and ask your server to come up with a recommendation, you might be suffering from sadistic personality disorder. It’s not your fault. 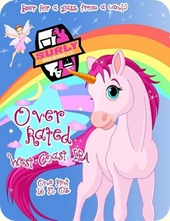 Surly Brewing in Minnesota lived up to their moniker and had a little fun with authorities by submitting label artwork that features a pink unicorn, fairy, and accompanying rainbow. The label was predictably rejected for appealing to underage drinking. So Surly has learned that pink unicorns are bad, but occult imagery is no problem. Good news/bad news for AB InBev’s annual splurge on Super Bowl “big game” commercials. The Budweiser spot reuniting horse and trainer took the top spot in USA Today’s Ad Meter Results, but commercials for their heavily hyped Black Crown and Beck’s Sapphire products took three of the bottom five spots. I guess a bunch of hipsters toasting a dude in an apron doesn’t make up for calling your amber lager “black”. A collaboration between Spiegelau glassware, Sierra Nevada, and Dogfish Head produced a new glass specifically designed for drinking hoppy beers. The glass is designed to aerate the beer as you tip it so that a blast of aromatics are delivered to your nose as you sip the liquid. I don’t have a joke for this, I just want one. More than a few homebrewers were caught off guard in 2012 when the National Homebrewers Conference sold out in a then unprecedented two days. Welcome again to the brave new world of American beer culture. Despite a nearly 90% increase in capacity, the 2013 conference sold out in 20 hours. Hope everyone who made it in has a great time this year. I won’t be joining you, but surely this photo spurred on the increased demand. If anyone from the American Homebrewers Association is reading this, please make the royalty check out to Poppi Rocketts. Thanks.

So you’ve probably heard that the push for Sunday alcohol sales has reared up again in the current legislative session. This is logically the time where I should climb on my soapbox and rant against another bass-ackwards law still on the books in Indiana. But I’m just having a hard time finding the motivation at this point. Not because I’m a big fan of blue laws or appreciate Indiana serving as a national punch line every time another state decides to join the 21st century of alcohol laws. It’s just hard to see why it really matters for our scene. If you’ve lived here for a while, how often are you really blindsided when Sunday rolls around and the fridge is empty? And with carryout sales now allowed from Indiana breweries, most people can support a local business and take home a fresh growler or six-pack for Sunday festivities. But of course, this was never about the best interests of consumers, it’s a retailer pissing match between liquor stores and grocery chains. And that’s not the type of thing that really gets my blood boiling one way or the other. So Sunday sales would be nice at a certain symbolic level, but I can also live with punch line status for a while longer. Other states can laugh it up, but we still have the Kokomantis. Cheers, Nathan