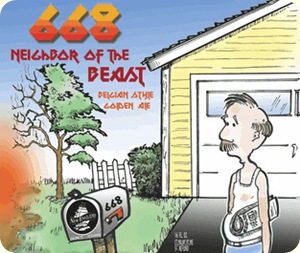 Just a brief rundown with some exciting Indiana news items to pass along before tonight’s date with Iron Maiden. I’ll try to take good notes on the diverse and affordable beer selection at Deer Creek Verizon Wireless Klipsch Music Center. But let’s start with a few leftover notes from the Blogger’s Conference:  Friday night’s gathering at Tomlinson Tap Room presented the first opportunity to sample some beer from Indiana City Brewing. Both the Pale Ale and Oatmeal Stout were nice offerings and I’m looking forward to the chance to try their full lineup. The Pale Ale is sort of a hybrid of American/Belgian characteristics with spices that make it a little more distinctive than your typical flagship offering. They are targeting an opening of this fall with the exact location yet to be announced. If you want to help support Indiana City, check out their Kickstarter campaign where donations can earn you various rewards up to designing and brewing your own recipe. We had the chance to try a couple beers from Sam Adams that should be showing up in retail outlets in the near future. Fat Jack is a “double pumpkin” 8.5% specialty ale that manages to give the impression of a pumpkin beer complemented by spices rather than the other way around. Fat Jack should be available this fall in bombers and it worth a try if you’re in the market for new pumpkin ales. The Thirteenth Hour addition to their Barrel Room Collection is an imperial stout brewed with Belgian-style yeast and blended with oak aged ale. I don’t know what the price tag will be on this, but I’d highly recommend it if you’re able to pick one up in the $10 range. Another upcoming addition to Indiana craft brewing is Union Brewing Company in Carmel. Union will be unique in their approach to serving all of their beers cask-conditioned through a hand-pulled beer engine. Union is targeting a mid-to-late September opening at 622 S. Rangeline Road and will have a dining menu provided by nearby SoHo Cafe & Gallery. You can read more about their plans and see a floor plan of the new brewery in an article from Current Night and Day. Note to the Night and Day author and local media in general: I’m starting to think that continuing to perpetuate the idea that Indiana has “very few microbreweries compared to other states” is becoming a bit outdated. Unless your benchmark state is Oregon. If you’re heading to New Albanian’s 25 Years of Beer & Loathing on Sunday, you can find the full beer lineup here. There will also be a keg of Three Floyds Alpha King tapped at the NABC Pizzeria and Public House on Saturday at 4pm in memory of their friend Margaret Bauman. If you knew Margaret, raise a glass of hoppy ale in her memory this Saturday wherever you may be. 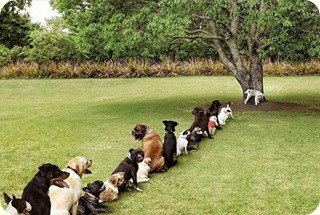 2012 Great American Beer Festival tickets go on sale July 31st at noon for members of the Brewers Association or American Homebrewers Association. General public sales begin August 2nd at noon. If you can only attend select sessions, I highly recommend attending Thursday night and skipping Saturday night based on past experience. Unless the idea of a frat party in a convention center seems appealing. Or you enjoy feeling like this ==> Cheers, Nathan