There are a few Indiana events this weekend with tonight’s WTTS 20 Year Anniversary Party at Sun King and Brew on the Bridge at Wolf Park in Lafayette, along with the Hoppy Birthday tasting at Kahn’s North Willow on Saturday. I’m hitting the road for the Michigan Brewers Guild Summer Beer Festival in Ypsilanti. But generally this has shaped up to be kind of a slow news week, so I’ll hit a few things and then try to expand on a few subjects that have been mentioned here in the past week. Story Brewhouse is looking for creative writers who would like to submit short stories that feature beer to their Six Pack of Stories project. The story can be of any genre or length (under 10,000 words) with entries accepted through October 26th. The final product will be a collection of stories with a selected beer that can be paired with each story to enhance the reading experience. Check out the Six Pack of Stories website for more d 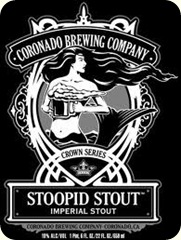 etails. Next is the beer karma story of the week that makes me smile. We previously mentioned the story of Coronado Brewing filing what appeared to be an unnecessarily mean-spirited lawsuit against Elysian Brewing for allegedly infringing on their “idiot” trademark. Elysian relented and renamed their Idiot Sauvin IPA, but this victory was quickly followed up by news that the trademark infringement game has caught up with Coronado. Their Stoopid Stout, which has been marketed for years, has suddenly been renamed Stupid Stout (apparently they’re big fans of turning insults into beer names) due to another brewery’s trademark. While it has yet to see distribution in Indiana, I know some of you are familiar with the Lagunitas Hop Stoopid product and have already connected the dots here. So I was kidding about taking notes on the beer selection at Deer Creek Verizon Wireless Klipsch Music Center, but it turns out there is evil afoot that warrants a mention. As we passed through the concession area between acts last Thursday, the short line at a Blue Moon hut looked inviting. Apparently these geniuses are pre-mixing Blue Moon with some type of artificial orange flavoring. Because, you know, it’s fair to assume that everyone wants an orange in their beer and this method probably saves precious profit margin on an $11 dollar beer. It was nearly intolerable (though I’ll be damned if I’m dumping an $11 dollar glass of anything), so I recommend avoiding the Blue Moon hut if you’re out at a concert this summer! I wanted to dig up a little more perspective on the growth of Indiana’s brewing scene and how it compares with the rest of the country. According to the Brewers of Indiana Guild, there are now 49 breweries operating in the state with another 12 in the works. Capita per brewery statistics released by the Brewers Association in 2010 ranked Indiana, with 35 breweries at the time, 25th in the list of U.S. states. This ranking placed us ahead of neighboring states Illinois, Kentucky, and Ohio, but well behind Michigan. Now, I’m not suggesting we all throw a party to celebrate how average we are or that Indiana should be recognized as a pioneer in the craft brewing revolution. But we do have a pretty nice scene working here and I don’t think it’s credible to insinuate we’re just starting to emerge from the Stone Age. And what exactly is this “craft beer” thing that we’re always kicking around on this site? Greg started the discussion earlier in the week and I think it’s an interesting topic. Who defines what qualifies as “craft”? Well, the ranking authority appears to be the Brewers Association, which asserts that a brewery producing less than 6 million barrels a year can qualify as a regional craft brewery. That production limit isn’t exactly set in stone as the Brewers Association raised the cap from 2 million barrels to 6 million in 2011 essentially to protect Boston Beer Co’s (Sam Adams) preferred designation of “craft brewery”. And where do you place a brewery like Goose Island that is now owned by InBev? 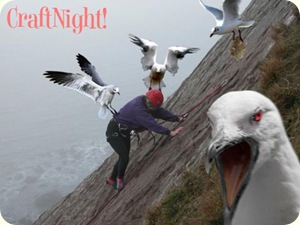 I’m inclined to give the Brewers Association a pass on their production limit stunt, in part because I respect some of the innovative products that Sam Adams continues to produce, their support for the craft and homebrewing communities, and consideration that the idea of a craft brewery growing this large probably seemed ridiculous when the initial standard was adopted. I also still think of Goose Island as “craft” based on their apparent operational independence and the type of products they produce. But it’s certainly debatable. Even trickier is trying to sort out that ‘X’ beer is craft but ‘Y’ beer from the same brewery is not craft. I just don’t see how you can do that, the categorization criteria becomes too focused on personal taste. For example, I have a difficult time fitting the growing number of “craft” Cream Ales into my spectrum of craft brewing, but they obviously appeal to others. A recent session studying that style included tastings of several craft examples and Little Kings. Little Kings was easily my favorite. Guess I should have appreciated it more in high school. What do you think? Let’s hear your thoughts in the comments below! Cheers, Nathan