Welcome to spring! March 25th is the official release date for Bell’s Oberon, which is either the worst or greatest timing ever depending on your perspective. So after you’ve dug out from a foot of snow, here are the official release party locations for Monday morning/night (see Bell’s event page for Indiana for additional events later in the week): 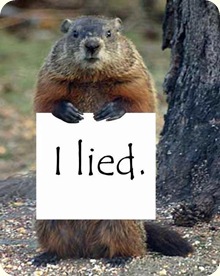 Oskar Blues Brewery is reportedly in talks with distributors for expansion into the Indiana market with a target launch of late spring/early summer. If you’re not familiar with Oskar Blues, they specialize in big, hoppy craft beer in a can. That probably sounds unremarkable at this point, but they were one of the pioneers in challenging the notion that canned beer had to be cheap in both price and flavor. My first experience with the brewery occurred when stopping off at a Colorado liquor store before the 2006 Great American Beer Festival. I hesitated with the clerk recommended Dale’s Pale Ale as a great local choice for a thirsty traveler. Good beer in a can? Inconceivable! But that choice led to a habit of stashing cans of Dale’s Pale, Old Chub, Ten Fidy, and (my personal favorite) Gordon in airline luggage during subsequent trips within their distribution network. Now Oskar Blues is canvassing our region with recent launches in the Ohio, Chicago, and Michigan markets. Who will be next? I’m looking at you Lagunitas. Fountain Square Brewing is back with another Peep Show event and Miss Poppi was not invited to perform. No, Fountain Square’s version of a Peep Show commissions local engineering talent to design gadgets capable of shooting full-sized Peeps. Kind of like a Punkin Chunkin event for people with real lives. Which is a great approach if you enjoy a good sausage fest. I kid…I kid…it will be a lot of fun. The event takes place on Friday, March 29th at 7:00. Visit the Fountain Square registration page to claim your spot in the competition. Mississippi Governor Phil Bryant signed a bill that legalizes homebrewing in Mississippi, which is nice since an estimated 2200 citizens are doing it anyway. Mississippi now becomes the 49th state to allow homebrewing, and we’re proud to say this is one area where Indiana was a bit ahead of the curve. What about the 50th state? Well, a homebrewing bill in Alabama was removed from the special order calendar when politicians decided to be politicians and ground business to a halt due to other disagreements. Which means Mobile County prosecutor Keith Blackwood is still a criminal for posting his homebrewing exploits on Twitter. C’mon Keith – illicit affairs and laundering campaign contributions might be standard operation procedure, but keep your Berliner Weisse out of the public domain! 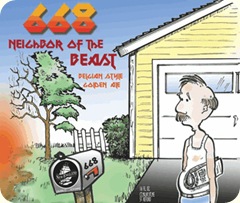 Some news on beer and rock and roll. Iron Maiden will partner with Robinson’s Brewery to create Trooper, a 4.7% ABV premium British ale with Bobec, Golding, and Cascade hops. Maiden fans searching for a Belgian Golden Strong will still have to settle for the slightly less-Satanic 668 Neighbor of the Beast from New England Brewing.  I don’t often have a good excuse to link one of my favorite internet haunts in this column, but the fine folks at punknews.org picked up on the collaboration between Three Floyds and thrash metal band Municipal Waste. The new Toxic Revolution ale is a massive Oatmeal Stout perfect for winter shred sessions. And being a new beer from Three Floyds, it’s probably also perfect for the hallowed Viking quest of online beer trading. Tip of the cap to People’s Brewing of Lafayette for their participation in a project to conserve the important ecosystem of Mulvey Pond in Tippecanoe County. The land was purchased by NICHES Land Trust and several local businesses, including People’s, are assisting with tree planting and the construction of a visitor platform. The platform will offer views of local and migratory waterfowl including snow geese and sandhill cranes. Some timely new statistics are in from the Brewers Association following our recent piece on craft beer growth. For the full year of 2012, craft brewers achieved a 15 percent increase in sales volume and a 17 percent increase in dollar growth. These numbers balance out pretty well with an 18 percent increase in the number of U.S. operating breweries. The numbers for 2013 should be pretty interesting as the Association expects new breweries to open at an even higher rate. As the power struggle between craft brewers and big brewers rages on, a grocer in Chicago scores one for the little guy. Garden Gourmet Market is working on a deal to obtain a liquor license in the mostly dry East Village. The catch? Garden Gourmet could only sell beer produced by craft brewers. While the results look pretty good, selling the idea that Garden Gourmet’s customers are professionals who aren’t interested in hard liquor or “40s” might not help the stereotype of craft beer as an elitist pursuit. On the opposite end of the spectrum, MillerCoors struck back with an exclusive agreement for product placement in all original TNT and TBS shows. There should probably be a joke here, but I can’t name a single original series on either of those networks. And the Ommegang Brewery already claimed Game of Thrones, so maybe we should score two for the little guy in this case. 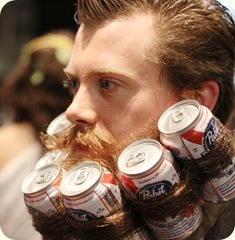 The coveted Best Beard of Craft Beer award went to Chili of Stone Brewing. Never mind the fact that Chili isn’t even a brewer (he is Stone’s groundskeeper and gardener), I suppose going by the single moniker Chili earns you some bonus cool points. I can only assume the guy to the right would be a serious contender if his choice in beer were improved. Cheers and Hoppy Easter, Nathan 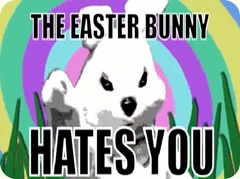