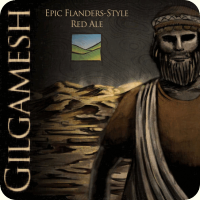 Upland will be breaking out some newly discovered cases of sour ales for sale at their Bloomington and Indianapolis tasting rooms on February 23rd. The bottles will be sold on a first come, first served basis. The Bloomington location (350 West 11th St) opens at 11am and will have 3 cases of Blackberry Lambic, 3 cases of Raspberry Lambic, and 2.5 cases of Gilgamesh available. The Indy location (4842 North College Ave) opens at noon and will have 4 cases of Raspberry Lambic, 2 cases of Blackberry Lambic, and 2 cases of Gilgamesh available. The cost is $20 for Lambic bottles and $25 for Gilgamesh with limits of one per style/two bottles total per person. Congrats to Kevin Cox of Muncie for being named a finalist in Wynkoop Brewing’s Beerdrinker of the Year competition. Kevin is a passionate beer advocate and homebrewer who has tasted over 6000 different beers spanning over 400 breweries, 12 countries, and 4 continents. Winnings for the coveted title will include free beer for life at Wynkoop (conveniently located in Denver) and $250 at the winner’s local brewpub. J. Wilson took last year’s title after claiming to fast on water and doppelbock for 46 days. Good luck Kevin! If you were interested in checking out Gravity Head 2013 at New Albanian (and why wouldn’t you be?), the full program of strong beers has now been posted. The festivities kick off February 22nd with a tap takeover from Sun King. The remaining kegs will be rotated through the taps until all 60+ kegs are gone, which will likely produce a run of several weeks. Sunday alcohol sales appear to be dead once again now that the House Public Policy Committee Chairman decided not to hold a committee vote on legislation and declared that the state has more pressing issues (which is great in theory…..if they actually spent productive time on those issues). I’ll stand by my comments from last week – it’s obviously a stupid law, but is generally much ado about very little other than retail power. And Committee Chairman Bill Davis reminds us that “It’s not like we can’t get it six days a week.” Thanks for clearing up the math for us there Bill. Grand Canyon Brewing has invented the Flavor Bomb – a small plastic pod that can be stuffed with flavor additives and submerged in a beer bottle. The Flavor Bomb allows creative brewers to extend the beer’s contact with hops and other flavor additions right up until the moment the bottle is opened. Grand Canyon has already used the “bombs” for commercial offerings that loaded them with whole cone hops, coffee beans, and toasted oat sticks; but the possibilities here are endless. If you’d like to experiment with Flavor Bombs at home, they can purchased from Grand Canyon’s gift shop at 10 for $10.50, 20 for $20, or 50 for $48. Can’t wait to see what you homebrewers come up with to stuff in your pods! We’ve reached another Valentine’s Day and the blogosphere is flush with suggestions of beers to share for this special occasion. These are typically rooted in traditional romantic ideals and focus on options like chocolate beers. But I think this excludes a significant portion of the audience who may not have the option or desire for a traditional VDay celebration. So here are some beer suggestions for those seeking a slightly more alternative option: 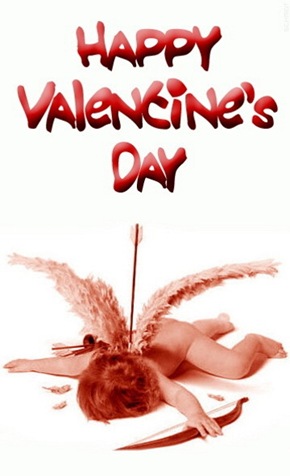