Black Acre Brewing may be the most recent brewery to open in the Indy area, but our visit to the taproom was admittedly long overdue. So it was the first thought that came to mind on a Monday night when parental responsibilities were removed and many other local taprooms were closed. Black Acre found a home among a revitalized strip of eclectic shops in the historic Irvington area. Their location and commitment to a quality, diverse beer selection appears to have resonated with the community as evidenced by the capacity crowd on a Monday night, and their recent showing of 1st place in Best Brewpub and 4th place in Best Beer Selection on the Indy A-List. A small menu of finger food is available some evenings at the taproom, but Mondays are reserved for local food trucks with Circle City Spuds providing the nourishment on this particular evening. But the real attraction here is their draft list, which featured Black Acre beers, 16 guest beers, one mead (courtesy of local meadery New Day), and one cider. The guest beers range from local brewery offerings to unique specialty imports from Belgian, but we were there to get a sampling of the in-house brews. There were five options on this evening that generally leaned toward the lighter end of the craft beer spectrum: 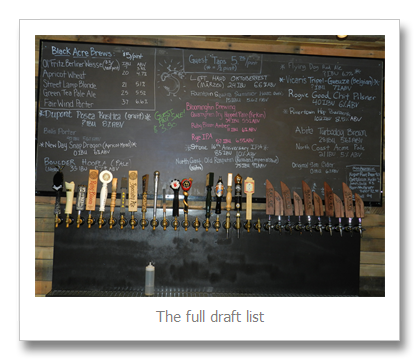 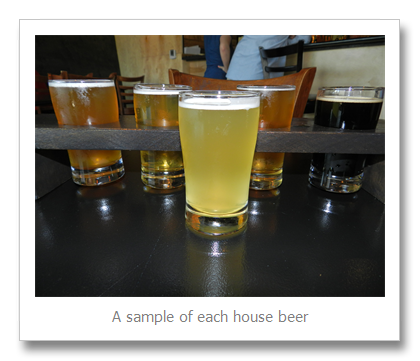 Ol’ Fritz Berliner Weisse: 7 IBU, 3.8% ABV – Light, refreshing, and clean version of the German sour wheat ale with a level of pucker that was more tart than overtly sour. A nice, easy drinking beer on its own, it can also be ordered with a traditional addition of either Raspberry or Woodruff syrup. We ordered another with the Woodruff and it was outstanding! The flavor of Woodruff syrup is one of those things that is really difficult to describe to someone who hasn’t tried it, and I can’t claim to have a good comparison. But Poppi says Jordan Almonds…….so there you go. Apricot Wheat: 20 IBU, 4.7% ABV – This one had the aroma and flavor of apricot juice with little else coming through. Not a bad flavor, but not what I look for in a beer. Street Lamp Blonde: 21 IBU, 5.1% ABV – American Blonde is not my favorite style (when it comes to beer), but this offering was exceptional. The addition of lemongrass and lemon peel gave it a more interesting flavor profile than expected while retaining the smooth, refreshing character you would expect. It was my choice for a follow-up pint. Green Tea Pale Ale: 25 IBU, 5.5% ABV – Described as a pale ale with additions of green tea matcha, ginger, and honey. The aroma was promising with a good mix of green tea and citrus hop character. The flavor was a bit more skewed towards the green tea addition. Many green teas on the market will have flavor additions to liven up the green tea base that can be a bit bitter and grassy. That seemed to be what Black Acre was going for with the addition of ginger and honey. But the ginger was subtle and any honey sweetness may have mostly fermented out. An interesting idea, I would probably enjoy this beer more with a little more assertiveness in the complementary flavors. Fair Wind Porter: 37 IBU, 6.6% ABV – The one outlier from the lineup of lighter beers, the Porter featured an intense bitter chocolate character balanced with a roasty finish. A pretty solid offering that could take the next step with a bit of caramel or toffee malt complexity. 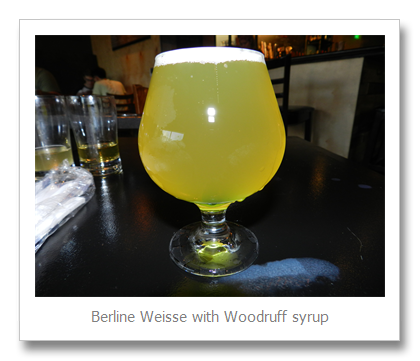 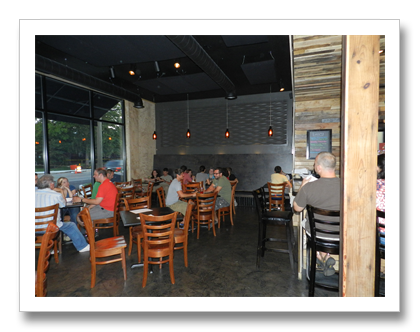 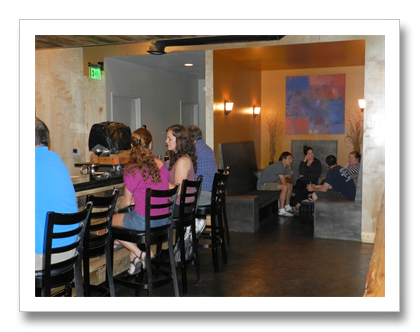 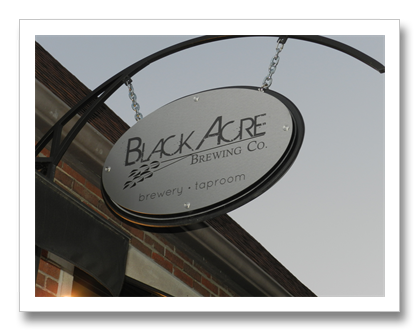 Black Acre’s taproom was a nice place to hang out and enjoy a few beers with a modern looking interior that still felt like a neighborhood bar. There are offerings among their draft list that will fit virtually any taste (you can find the current list here) and the house Berliner Weisse with Woodruff is a rare treat that justifies the trip on its own. Based on the number of people hanging out by the time we left on a Monday night, it might be a good idea to plan your trip towards the early side of the evening. The taproom’s location and hours are: