Earlier, Bigger, Better! Well, the last one is really for you to decide, but it’s safe to say the number of people with an educated opinion skyrocketed this year. The 3rd Annual Bloomington Craft Beer Festival moved to April this year and introduced a full slate of lead-up events during the first Bloomington Craft Beer Week. IndianaBeer was well represented at the event and we now present a collection of the thoughts and beer picks from each reporter: 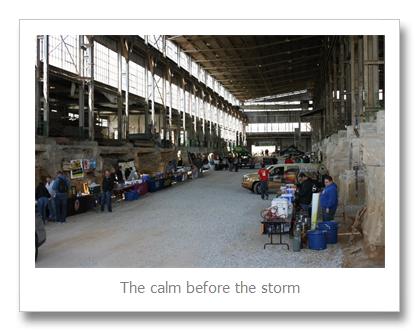 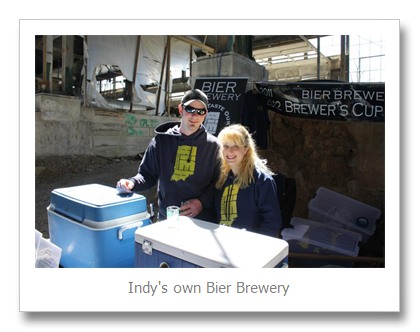 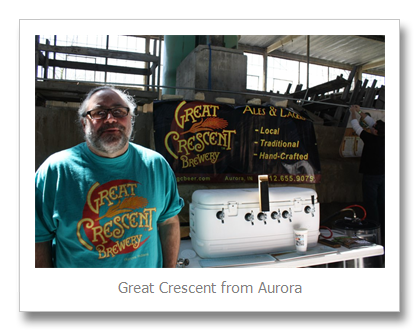 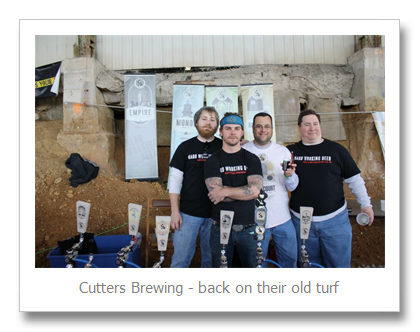 While I didn’t get to try all the beers I wanted to, I did get to try quite a few great beers. After trying ZwanzigZ Brewing’s Ghost Pepper Imperial Stout at Winterfest, I knew I needed to get another sample. This great beer comes in at 8.8% abv with a moderately strong spicy character that blends with the full flavor of the stout to make it a must try at beerfests. I was told they have yet to put this on at the brewpub so there aren’t a lot of places to try this one. Another Imperial Stout makes my top list with Evil Czech Brewing’s Stalin’s Darkside. This 10.5% beast is aged in bourbon barrels. Flavorful doesn’t quite describe this sweet alcoholic, but not overly hot, velvety beer. If you are in the Culver, IN area, a little west of 31 between Kokomo and South Bend, this 7BBL brewhouse is a must try. From the firkin table I was able to try many tasty samples. New Albanian Brewing’s Eastern Front caught my eye. My first question was what the he!! is a Russian Imperial Pilsner, but with it being New Albanian it was of course a fantastic brew blending the two theories behind the styles. Next up at the firkin tent were two Flat 12 Hello My Name Is French Oak & American Oak. These two amber beers aged with the different oaks really help highlight the differences that each one can offer. Continuing on with Flat 12 at their table, I tried all four experimental hop beers. I’ve heard some of the Great Fermentations employees raving about these hops, and they are quite good. I got a citrus orange/grapefruit from one that I particularly remember enjoying. Next up at were the experimental yeast beers, one had a very nice belgian banana ester character while the other was certainly more of an American style yeast. I also finished off the day with 12 Penny a Scottish 60 style beer which is really quite good, for a session beer. I have some thoughts on session beers, but there is no time for that now so stay tuned in the future for a discourse on this new trend. Lastly I was able to try Daredevil Brewing’s Rip Cord double IPA, which has lived up to their high expectations and is a classic example of a double IPA. I didn’t make it to very many out of state breweries, but I made it a point to try DESTIHL Brewery’s Antiquity Rye Wine. This rye wine was almost as spicy as the ghost pepper imperial stout, albeit in a different way. I saw the idea of an Indiana beerfest being exclusive to Indiana breweries being discussed on twitter. I really like this idea and I think it is quite obvious that the Indiana breweries could support this. We will see how this idea develops, but adding another beerfest to the Brewers of Indiana Guild’s calendar sounds like a great idea to me. 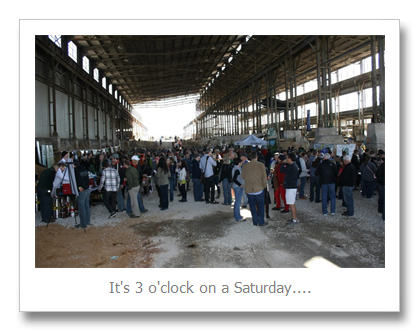 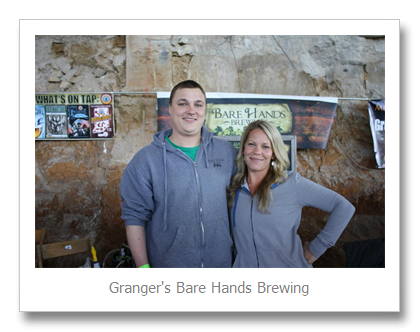 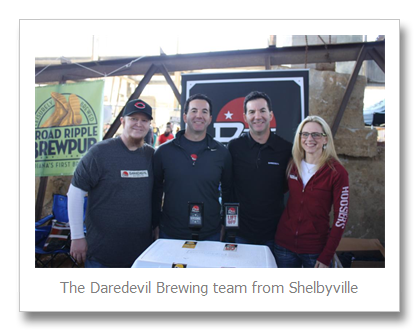 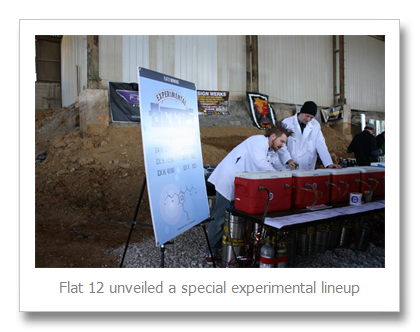 My list of craft beer events attended isn’t terribly impressive. My general tendency is to just attend the same ones from year to year and not stray very far from my native habitat. Being a first time attendee of the Bloomington Craft Beer Fest, I’ll state for the record that my range for attending beer events has now expanded. Fantastic selection of breweries and eateries, scenic & unique setting, and good organization are a few of the key factors that made this event a must attend for me in future years. While the number of attendees caused a bit of gridlock at times, it really didn’t seem to stifle one’s ability to get your next beer in a timely manner. Only drawback (at least in the opinion of this blogger) was the insufficient number of restroom facilities that nearly caused yours truly to break out into my best James Brown dance moves at one point. Hey, nothings perfect, but overall I’d highly recommend attending this event in 2014. And now for the beer. Of the different breweries that I managed to make it to, the ones that either newly or continued to impress me are: Bare Hands, Big Dawg, Crown, Figure Eight, Flat 12, Iechyd Da, New Albanian, and People’s. As for individual beers, I list the following: · Iechyd Da – Gumption Double Amber (calling this one my favorite of the day) · Flat 12/People’s – Hoosier Brown Rye (close 2nd) · Bare Hands – Double Thai PA & 574 Pineapple Pale · Crown Brewing – Baklava Java Porter · Against the Grain – Citra Ass Down American IPA · New Albanian – Black & Bluegrass Spiced Belgian · Big Woods – Imperial Red (unsure about a name for this one, it was getting late) So there you have it, general observations, opinions, and preferences from my first Bloomington Craft Beer Fest. Had a great time, drank some great beer and managed not to wet myself so I’d say it was a successful day. Cheers Bloomington! Jason C. 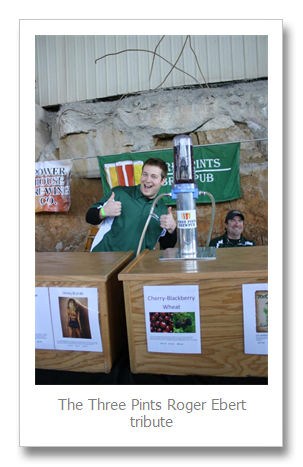 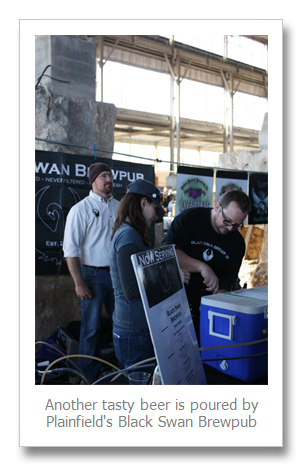 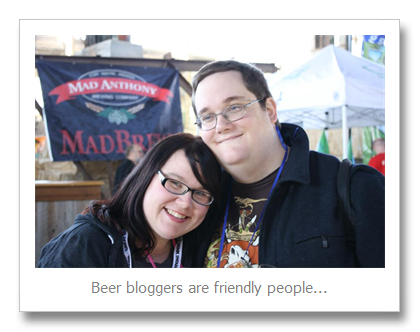 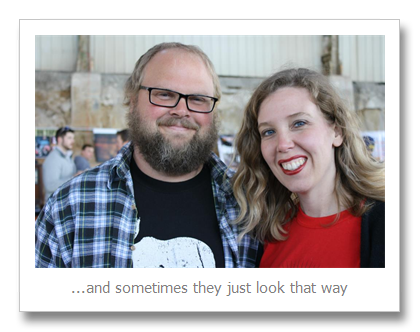 The question on my mind yesterday was – why go to a beer festival? What is it really all about?  Between the 35 in state breweries and the 15 out of state, the majority of the beer offered there is offered any time in their tap rooms, in local bars, or in local liquor store bottles. Some breweries do take festivals to the next level and make special beers, or save up highlights from the brewing seasons to bring out and share with those hardcore fans who pay the $50/$40 ticket to come out and spend 3/4 hours talking, drinking and having a good time. That is what craft beer festivals are for me, is trying those special beers, finding a new brewery who just opened and trying their product, talking with the brewers and or generally just having a good time. Bloomington Craft Beer Festival on its third running was all that for me and more. I actually went to the first Bloomington Craft Beer Festival. It was right before I joined IndianaBeer.com. The turn out I believe then was only 1,000 people. Held outside of the Woolery Mill. It was never crowded, real easy to talk and hang out and the tables. I even ended up taking Ted Miller back to Brugge due to a ride fall out. I believe it was where I fell in love with Brugge’s Harvey, a blackberry infused sour ale. This year I brought a friend I’m trying to help grow into trying new beers. It was fun to see him try new beers and what his thoughts were on some of my favorites. In the past I usually do a big run down of beers that I tried and the ones I really liked. This time I’m only going to mention a few of my beer tasting highlights but show much of the story that was the Bloomington Craft Beer Festival with pictures. Hopefully it shows you readers what a good time can be had. Onto my highlights – Traveler’s Beer Co – Tenacious Traveler Shandy – An unusual brew, but nice and light. I particularly liked the ginger flavor. It reminded me of Scratch Truck’s Ginger Lemonade. Bier Brewery – Trippelle – Yes, this is a fairly regular offering by Bier, and I may be biased, but it is damn good. Cutter’s Brewing Co – General Brown’s Sour – I was excited because I had recently tried New Belgium’s La Folie, and it was my first sour brown ale ever. This one was very nice and light. I think it could’ve been a little more sour. Brugge Brasserie – Gettin’ Figgy With It – I love the play of flavors here. It isn’t strong, I feel it is well blended and warming. Three Pints BrewPub – Cherry / Blackberry Wheat – I’ll come out and say it, if I’m going to Plainfield for beer, I’m going to Black Swan, I’ve just never been impressed with Three Pints, until.. this beer got me. I like the little bit of cherry and blackberry sweetness with the wheat. I like that it was freshly infused with a Randall the Enamel Animal 🙂 I may have to pop in and try more at Three Pints. Zwangzigs – Ghost Pepper Infused Imperial Stout. I don’t need to gush about this beer. I did it at Winterfest I’m just going to say.. I’d buy many many many bottles of this and save it, if they actually bottled it. Besides the beer, I thought the location was great but may need to expand next year. Having in April was a great idea. To give the readers another point of view, I asked my writer friend, John Kennedy,  for his insight. Bloomington Craft Beer Festival was his second beerfest: "I enjoyed myself and got to try lots of great beers, including the Ghost Pepper infused Imperial Stout from Zwanzigz. There were plenty of people offering Scottish Ales, which is my favorite style. I loved the Floyd’s Folly Scottish Ale from Cutter’s Brewing Co. I also enjoyed Dog Day from 450 North Brewing Co, which was a good, heavy beer. The band was a little loud, which took away from being able to talk to the brewers and others about the wonderful beer." Thanks again to B.I.G., the Breweries and Brewers, Nathan for his environmental task force!, and all the volunteers.  Big thanks to those who let me take their pictures! – Cheers! Kathleen 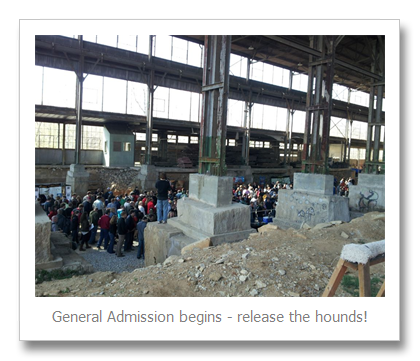 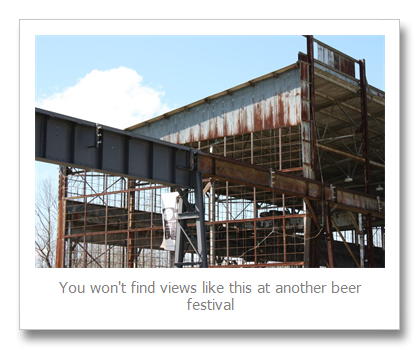 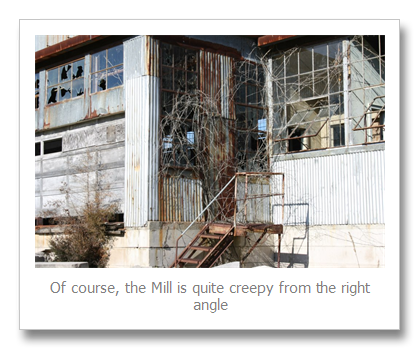 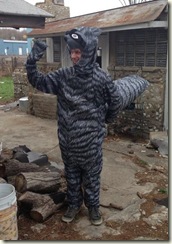 As the staff member in charge of our recycling and composting programs, I’m the freak who spent more time digging through the trash than tasting beer on this April afternoon. Oddly enough, I did turn into a raccoon the next day==> Anywho, I can tell you that after about 1300 people attended the event in 2012, the festival committee was dreaming big and wondering if we could possibly draw 2000 this year. When word started circulating that we were approaching sellout status, there was a great deal of excitement and quite possibly a bit of panic. After the dust settled our early estimate puts this year’s crowd in the range of 2600-2800 (no estimate on the number of fake moustaches, but let’s just set it at “too many”). Anytime you double the size of an event and people generally seem to leave happy, I have to call it a good day. The holding area that allowed attendees to work through the ticket process prior to opening time was brilliant and ensured that nobody had to lose valuable festival time trying to get through the line. The restroom situation left something to be desired, but this is already on the planning committee’s radar which is a good sign for future improvement. Kudos to the crowd who were very patient, courteous, and in the right mindset to have good time from my observation. Note for attendees: Any (preferably constructive) feedback you have on what you liked and what we need to improve would be welcome in the comments below. I can relay your thoughts to the planning committee when we hold our wrap-up meeting. Since I tried a limited number of beers and did not have the chance to take notes, this section will be brief. The single beer that stands out in my mind was the Flat 12/People’s collaborative Hoosier Brown Rye. Three Floyds Toxic Revolution Stout and Iechyd Da Gumption Imperial Red would also be in the mix. I do want to offer another word of thanks to the Brewers of Indiana Guild and the festival committee for their support of this year’s environmental initiatives. Special thanks to Salt Creek Cycles for sponsoring the valet bicycle parking and Jeff Mease/Bloomington Brewing Company for accepting our compost at Loesch Farm!