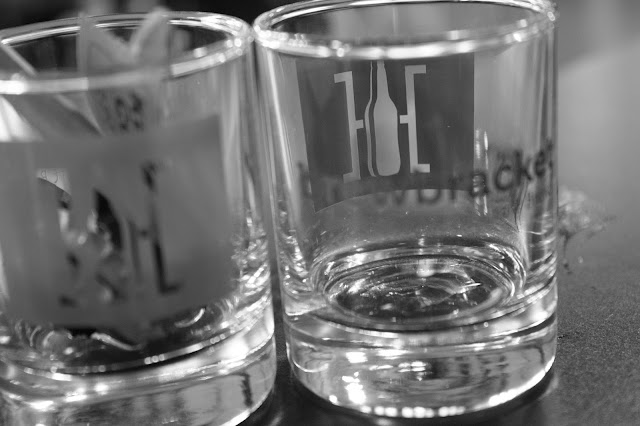 About two years ago, I discovered the existence of Brew Bracket. I’ve been a hooked fan ever since.

This past weekend I was able to go to my first Brew Bracket in the Tomlinson Tap Room. Just as much bracket style, great craft beer fun as their events at the Indiana State Fairgrounds, this event is only 8 local breweries, and the blind tasting happens table side, where voters can relax, snack, and drink beer poured by the expert double pourer volunteers.

Brew Bracket 8 was right time on time with their Oktoberfest style beer challenge: right in the middle of the traditional Oktoberfest celebration going on in Munich!

Some of the beers were really interesting. Flat 12 had their Red Oatober in the competition, and it was distinct with the hop  flavor in the nose and on the tongue.  Twisted Crew (I believe, based off my tally sheets) gave their Oktoberfest a coffee enhancement.  Other than that the other breweries had the same malted lager, creamy traditional Oktoberfest flavor.

Being only 8 breweries the voting, and tasting went quickly and it was within no time that the RAM picked up their third win.

Every time I go to a Brew Bracket event, I can’t even describe the camaraderie that just surrounds the venue. Between Mike and Ryan, the charity involved, the brewers, the sponsors, the visitors, it is just a special kind of event. There is always good music, good food and I always run into good friends there.

So if you still haven’t gone to a Brew Bracket.. you must go to Brew Bracket 9 – Porters! (I’m very much looking forward to this style!)