Unfortunatly our reporters were unable to attend Brew Bracket – Bourbon Barrel Aged Beer edition, but we bring you a recap from Brew Bracket’s – Mike Sale:

In a twist on the classic Brew Bracket event, the field was trimmed to eight brewers and participation limited to 150. But the style was wide open under the “Bourbon Barrel Aged Beer” category. Brewers could make any beer they wanted, but were required to age their beer in a bourbon barrel for a period of three months. Barrels were provided by Indiana’s own Harrison Bourbon, proving that great bourbon doesn’t need to come from Kentucky. The event was hosted at Tomlinson Tap Room in Downtown Indianapolis on Saturday September 29th, with part of the proceeds benefiting the Greenways Foundation, a charitable trust created around building and improving Indiana’s running and biking trails. 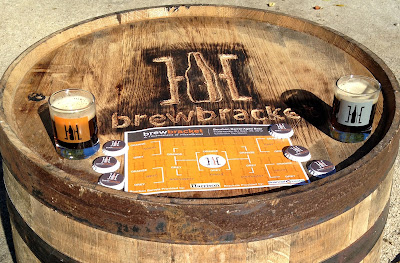 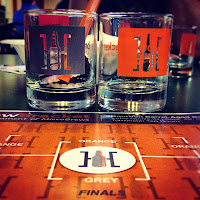 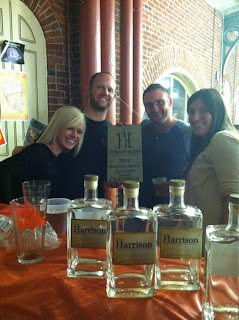 After several rounds of tasting beers and Harrison bourbon, it was time for the reveal. The final two brewers standing were Andrew Castner’s Big Horn Maibock from RAM, and Jeff Eaton’s Barrel Aged Dirty Helen from Barley Island. After the votes were tallied, RAM was the last brewer standing that would take home the tap trophy.

Additional supply of both the winner and runner up will be tapped at their home bars later this season. And if you missed this event, stay tuned for a bracket of ambers, to be held at the fairground on December 8th. More information can be found at www.brewbracket.com. Cheers! 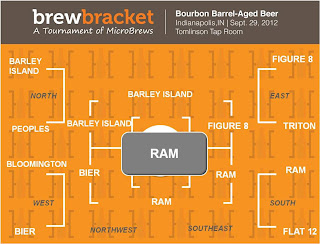