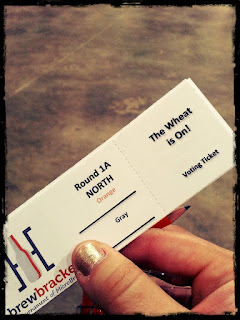 There wasn’t a better way to spend last Saturday, when it was all rainy, than to be at the
Exhibition Hall
of the Indiana State Fairgrounds
for Brew Bracket III – Wheats!

A quick overview for our readers who haven’t heard of Brew Bracket. It is a 4 Round, blind taste testing of a select style of beer made by 16 Indiana breweries.   400 attendees get to vote and their votes are the only ones who count in choosing the winning brew.

Below are the participants who came to bracket for a brew bracket showdown: 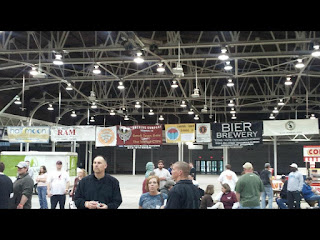 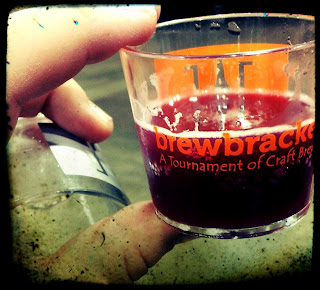 Round 1A was had some nice choices, but it wasn’t until Round 1B that I met up with my favorite, later divulged as The RAM’s Currant and Clove wheat — 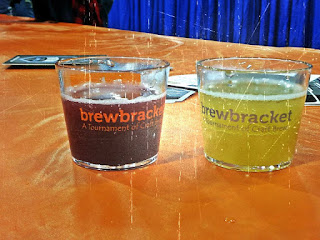 I was all for this brew to win. Even though it was fought against by many other attendees. That is another uniqueness to Brew Bracket. While at the event there is a live tweet wall where attendees using the hash-tag #BBWheats can get their comments up on the wall for twitter, Brew Bracket and all to see. The goal is to get #BBWheats trending in Indianapolis, as in the fall when #BBStouts trended. This time was a more antics than brew talk but a good share of love and dislike of brews were shared.

Back to the beer. 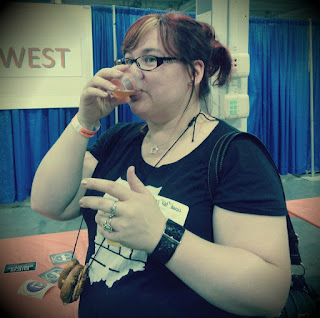 It was interesting the different levels of wheat, wits and hefeweizens that were being poured. You could have two exactly alike in color, but one was hoppy and one was overall citrus tasting. Some had a nice lemon citrus compared to an orange. One though, tasted like Fruit Loops. 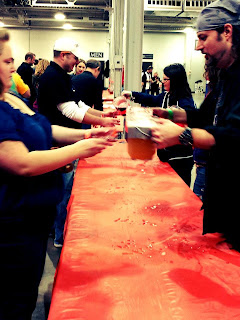 That is the best part about this competition is trying and seeing what flavor and styles do you like the best, all in one place, all for one flat fee.

I will say that I was happy that again some of the breweries went out of the box and made something special for Brew Bracket, but the sad part is you may never get a chance to try again because it was special. 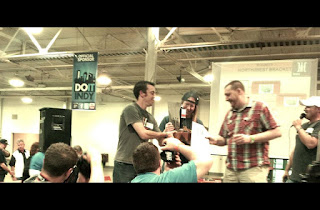 The brewery I was cheering for in the beginning along with others turned in brews that are part of their regular or semi regular lineups.  Like the winner:  Barley Island Brewing Co – Sheet Metal Blonde – It is their Belgian Style Wit available in bottles and all year long.
Overall, the whole time there was a blast. I got to try new beers. I had people go crazy over my beer socks. (see below) and the pretzel necklaces that my group was wearing were a desired commodity. (Hint, Hint Brew Bracket – I suggest getting those together for selling in BB: IV)
Mike and Ryan of Brew Bracket, DoitIndy, Nuvo, all the volunteers and everyone did a great job and about $1500 was raised for the charity –  SCI Hope Fund!
My thoughts – if you are still learning or curious about beer.. check out the next Brew Bracket event in the fall.
You won’t regret it! — Kathleen