After tackling Ambers, Belgians, Bourbon Barrel Aged, India Pale Ale, Stout, and Wheat; the latest incarnation of Brew Bracket featured the popular American Pale Ale style. If you’re not familiar with Brew Bracket, it’s the unique beer competition where the winner is determined based on the votes of blind tasting participants. No qualifications required, no guidelines, just pick the beer you enjoy the most. Participants taste two beers at the same time and the winner of that voting round advances to face a new opponent in the next round until an overall champion is determined. Jake, Jason, and I attended the event and decided to take a new approach by publishing each of our votes here for a good round of public ridicule. Our picks deviated significantly from actual winners early in the competition before falling in line a bit more as we drew closer to an overall champion. Congrats to Thr3e Wise Men for winning the tournament with their Rocky Ripple Pale Ale, and to Rock Bottom Downtown for claiming runner-up with Sugar Creek Pale Ale. We’ll start with the matchups and our choices followed by a bit of commentary. 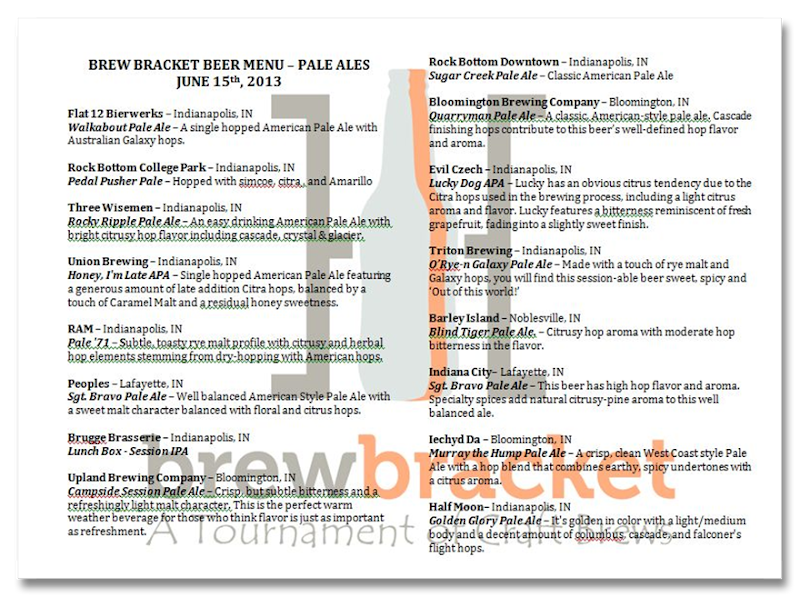 Final 4 Round Three Wisemen vs. RAM 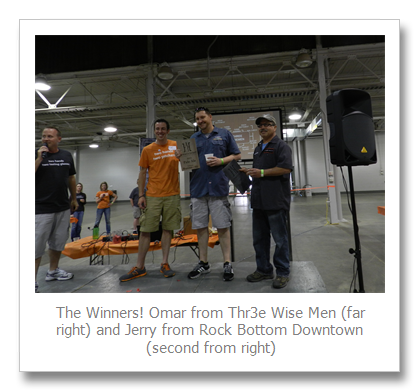 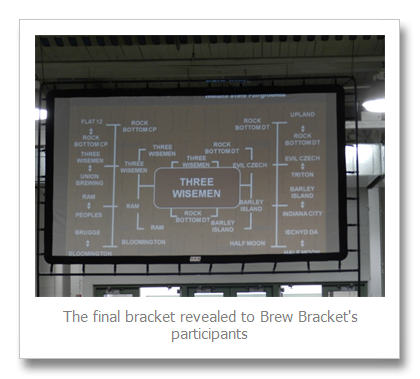 For the record, I went into this thing a Brew Bracket virgin. I had really been wanting to attend since its inception but I suppose I was just saving myself for the right style. When I saw pale ales on the calendar well, I just knew that I was ready both physically and emotionally…it was just my time. Little did I know the mental anguish that awaited when the beers I liked left the competition without so much as a goodbye note. At least I am able to take some comfort in knowing that I can stalk those beers now that their identity has been disclosed. After sampling everything from the Sweet 16 (rounds 1&2), I felt that the North Region was in control of the bracket (even tweeted it at the time). Oddly enough, I ended up voting against the eventual winner for it’s first two pairings. This isn’t meant to slight Three Wisemen in the least, their beer was certainly deserving as they did receive my votes in both the Final 4 & Championship rounds. Looking back, I still feel that the toughest decision for me was the Round 1 match-up between Flat 12 & Rock Bottom CP and I maintain that the Rock Bottom CP offering was the best beer I had all day. I was surprised that the People’s entry was knocked out in Round 1 as I felt that they had the strongest offering in the West Region (and no, I’m not being a homer!). The East Region’s best match-up came in Round 1 with Upland vs. Rock Bottom DT. While I gave the edge to Upland, I wasn’t surprised to see Rock Bottom DT advance to the finals. Again, a first round match-up that knocked out a pretty nice beer. The last thing I really want is to be a hater but there really wasn’t much to get excited about in the South Region. The only beer that really caught my attention was the offering from Indiana City. Looking at the bracket it’s obvious the majority of the beer drinking populous didn’t share in my taste for this beer. The flavor contained an interesting spice note (ginger maybe?) that I found to be unique and pretty tasty. Because of this combination I gave it my vote, albeit in vain, to move on to the next round. So that’s my brief summary of my first venture into the exciting world that is Brew Bracket. They say you always remember your first and I feel that the pale ales will be no exception. I’ve also been told that it gets better with experience so, that being said, bring on the Oktoberfests! 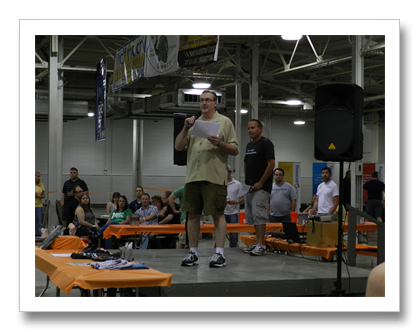 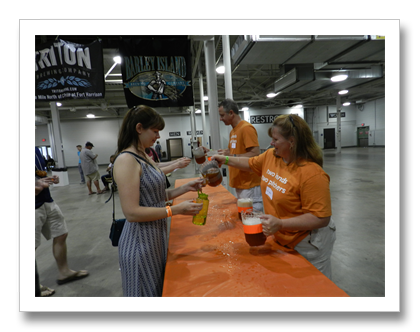 Like Jason, I popped my brew bracket cherry this past weekend. So the theory behind this event was a March Madness style bracket of beers, with the final beer standing being the champion. This is a great idea and the execution of the event really makes it easy for the consumer to simply enjoy themselves. A pair of food trucks fed the few hundred or so people with pretzel bun sandwiches from a german food truck and scratch truck’s indian style offerings. I was surprised to see just how many brewers were at the event; a few made it out to mingle with the crowd but most of the time they were behind the scenes drinking amongst themselves. A corn hole style long toss, a raffle, and a trivia contest sponsored by NUVO kept the mass entertained as the bottle cap votes were counted. At the beginning of the festival a 1 page handout from Ron Smith gave a brief rundown of the style’s history and what a BJCP trained judge would look for in this style. Essentially the style is an American hop showcase. Just enough malt backbone to help balance the moderate to high hop bitterness and flavor, and low to no yeast character. This is a great style for an event like this because you do not overwhelm your senses with the first few rounds. Anyways enough about the event, lets talk about beer. As I’m sure you read I only got 7 of my 15 picks correct. This didn’t really surprise me as I had no idea what to expect. Like Jason, I thought the North and West regions were stacked with great beer, the East had a few tasty ones. Regretfully, most of the South region would have struggled against any beer in the North or West. After discussing the event, after round 2, with some friends from another blog; I picked the beer I thought would win the whole thing. I choose Andrew Castner’s creation for the RAM. Andrew’s offering made it to the semifinal round and only lost to the overall winner, Omar’s offering from Three Wisemen. Some notable first or second round upsets were Rob Caputo’s offering from Flat 12, Upland’s Campside, Ted Miller’s Brugge beer, and newcomers Indiana City. Some of the underdogs who did well were Barley Island, always great beer but more well known for their darker beers, who made it to the semifinal, and Evil Czech who lost in round 3 to finalists Rock Bottom Downtown. After only voting for Three Wisemen once, against my pick to win it all by the way, I can’t really say I think Omar’s was my favorite beer. In reality any of the semifinalists could have won, as they were all pretty tasty. Congratulations to Omar, and everyone at Three Wisemen! The future of brew bracket is promising. With Oktoberfests on the horizon for the next event in September and another one later this year there will be plenty of opportunity for you to end your brew bracket virginity as well. Oktoberfest is one of my absolute favorite styles, so I will be at the next event. Now I’m sorry I missed Bourbon Barrel Brew Bracket, sounds like it was a good time. What I would love to see next year is some more interesting styles like Saison, Schwarzbier, and perhaps a Berliner Weisse competition. 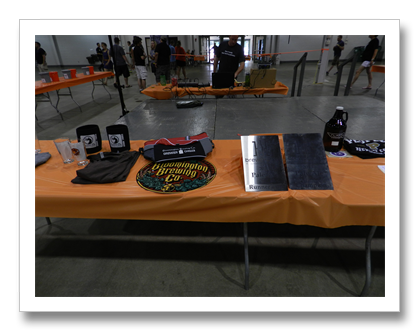 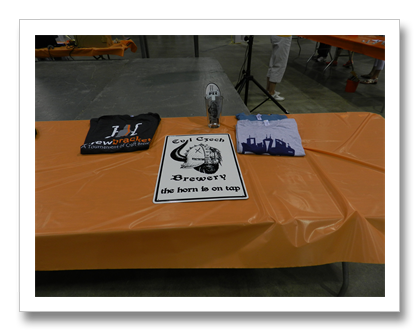 This was a pretty strong field of beers, I can only think of one entry that the three of us were unanimously unimpressed with. So there were a fair amount of tough decisions, and the brackets pretty much guarantee some of your favorites will be knocked out early. It’s interesting to note that as a group we unanimously voted against Thr3e Wisemen in the two North region matchups, but this is primarily because the Union and Rock Bottom CP beers were exceptional in my opinion. The first round matchup between Flat 12 and Rock Bottom CP was just brutal – those were probably my two favorite beers in the competition. The Evil Czech vs. Triton matchup was also very difficult as they both ranked near the top of my list. I haven’t had the chance to try a lot of offerings from Evil Czech, so it was great to find out they had such a strong offering in this competition. Of course, none of the four beers I mentioned as favorites advanced past the round of 8, and the people have spoken! On the other hand, the few entries I didn’t care for were also eliminated in the first two rounds. Once we reached the Final 4, my favorites were gone but the remaining entries were very solid. At this point, my notes tabbed the Thr3e Wisemen entry as the best remaining beer in the field. This seems illogical since I had voted against it twice, but the North Region entries were disproportionately strong. Once we pass the Porter competition in December, the next challenge may be finding new styles that Indiana brewers produce commonly enough to hold a full 16 brewer competition. Brown Ales, Lagers, and Light Hybrids (Cream Ales, Blonde Ales, etc.) are a few that still come to mind. Thanks to Brew Bracket for putting another great event and motivating me to pick up a sixer of the Flat 12 Walkabout!   Check out the Brew Bracket event page for your next chance to participate and select a champion (hopefully with a better rate of success than we had)! Upcoming events include: