Union Brewing Company is set to become the first craft brewery in Carmel. That should be enough to pique your interest, but they also offer a setup that puts them in a unique place for the state’s overall beer scene. Union has installed an extensive cask-conditioning system with multiple taps for serving naturally carbonated ale through a hand-pulled beer engine. While several of our local breweries have employed this system to offer one of their beers on cask, Union’s system enables them to offer all of their beers in this manner along with a few special guests. This will give customers the chance to enjoy beers they may already be familiar with, but served in a way you can’t get anywhere else. I was able to sample People’s Mound Builder IPA on cask and it was a nice twist on a beer I already appreciated. Some craft drinkers may have past experience that leads them to associate cask-conditioned ales as being warm and under-carbonated, but all of brewer Cameron Fila’s creations will be served at 50 degrees and naturally carbonated to the appropriate level for style. Think of it as bottle-conditioned beer served from a larger vessel. The first Union beer on tap will be International Harvester, a Harvest Ale employing ingredients from around the world but finished with Cascade hops literally from Cameron’s backyard. In addition to the cask system, Union will feature several conventional rotating guest taps that focus on unique offerings for the local market. 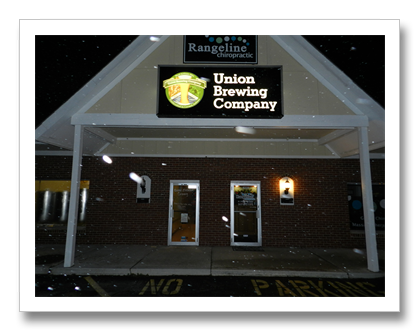 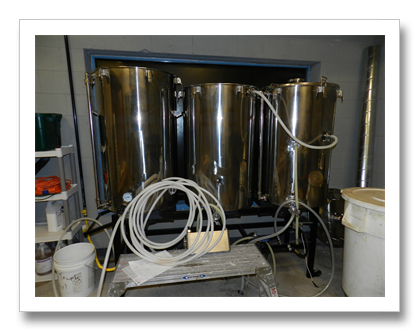 As you enter the brewery, you are offered a full view of the brewing area where a custom Stout 2-barrel brewing system produces the unfermented wort. You proceed down the hallway with another view of the temperature-controlled fermentation room before reaching the pub area. The pub area has a cozy lodge style atmosphere that overlooks the Monon Trail. And yes, a proper beer garden is under consideration for future development. In addition to the assortment of house and guest beers, food can be ordered from the pub and will be delivered to you by nearby SoHo Cafe. 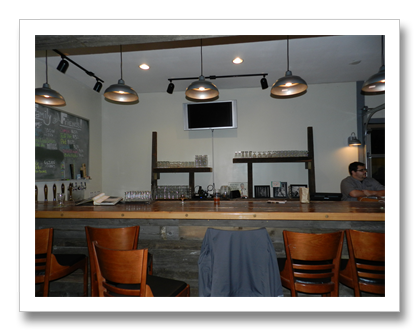 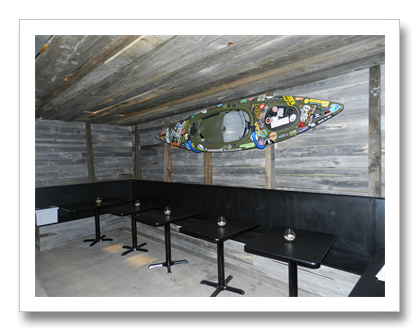 Union Brewing Company is now open for business at 622 S Range Line Rd (Suite Q) in the Mohawk Place Shopping Center just south of downtown Carmel. Stop in to meet Cameron, Jay, and Nathan and see for yourself what they have to offer! Their hours of operation are: 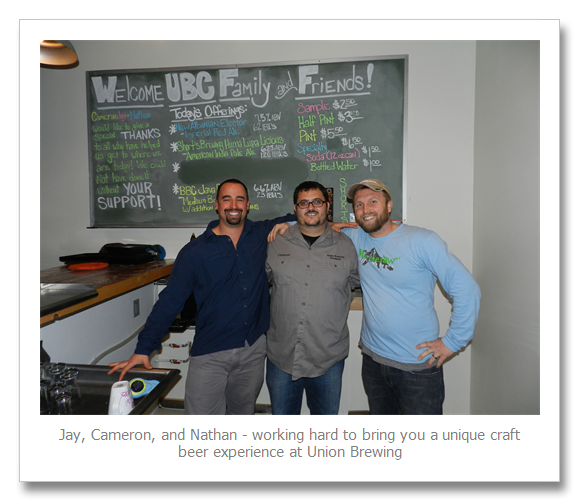