Cutter’s Brewing Co.’s slogan says its it all. The team of  seven – from brewers, owners, and bottling team – are definitely working hard in their new home up on U.S. 36 Avon. 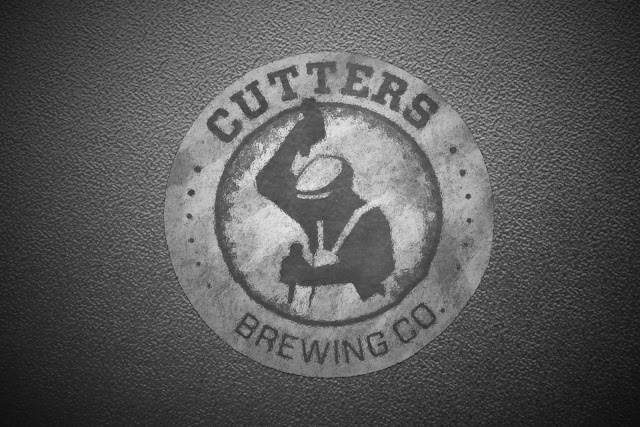 Set back from the main street, you come up to Cutter’s and see the gleam off their outside tanks.
The brewery may seem small at first, but Cutter’s Brewing Co. has become one of the Circle City’s top breweries.
Thanks to my friend and packaging manager, Adam, I was able to pop into Cutter’s after work a couple Friday’s back and get a little tour of the place, talk to owners Monte and Chris and of course sample some great beer. (Straight from the tank) 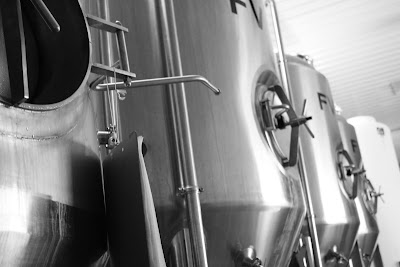 Cutter’s – coming from the stone cutters – Brewing Co, started back in 2010 down in Bloomington, IN. Almost as a weekend hobby, the brewery was only available on tap to a few local bars. The demand out grew the supply and thanks to a good opportunity; Cutter’s moved up to Avon in December 2012 to its new facility where it can brew up to 21,000 barrels! (current production is 8-12,000). 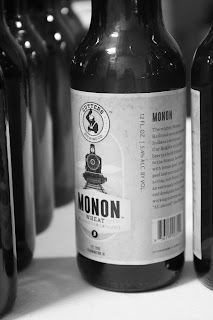 Since moving to Avon, the crew at Cutter’s have hit the ground running. Bottling their core lineup –
– Monon Wheat – A Belgian Wheat
– Empire Stout – An Imperial Stout
– Floyd’s Folly – A  Scottish Ale
– Half Court – An India Pale Ale
– Lost River – A Summer Ale
They first started self distributing to local liquor stores and bars and eventually joined and became one of the first craft beers distributed by an AB distributor which means faster delivery, more locations and eventually plans to share some Hoosier made – Hard Working Beer -with near by cities such as Chicago and Cincinnati. The growth and success of the brewery is a pleasant and welcome surprised.
At the end of June, Cutter’s started opening its doors to the public for samples, growler fills, keg fills and more. Their current “tap room” is set up right inside the brewery with the fermenters and mash tanks saying hello. (When you go, look at tank FV 4 – Chris, one of the owners designed it) Future plans do include a possible tap room, maybe a satellite tap room for growler fills and samples but for now all one has to do is follow the keg “brick” road to delicious, well crafted beer.
A stand out offering by the brewery is the new Beer Pouch. A 64oz foldable, container that makes it safe to store beer, is lighter than a regular growler and can go to any place that cans or glass are not allowed. Cutter’s is the first brewery in Indianapolis to offer this to customers. 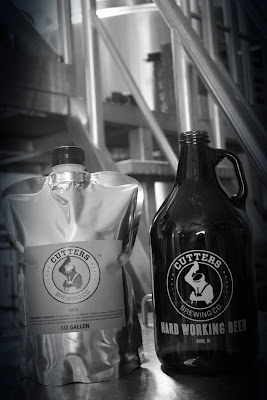 They will be offering fills on “party pigs” and they offer home keg delivery for all your craft beer party needs.

So you know the history, you know where to get it, but what about the beer itself!
(I saved the best for last!)

Cutter’s beer ranges from session beers to some high gravity ales (10% for Empire). All are simple, smooth and leaving you wanting more.  During my visit I had privilege of getting Monon Wheat off the tank and I’m telling you on a hot day, this beer was perfect. Next up was their Imperial IPA, Full Court. The flavors in this beer, a little citrusy from the citra hops, were well balanced and made this IPA smooth and creamy.

If you don’t get a chance to pop over to the west side to visit Cutter’s, don’t worry they will be at the 18th Annual Microbrewer’s Festival, Dig-In, and also hosting special tap takeovers around the state.  If anything, please pop into your favorite liquor store and pick up a six pack. You won’t be disappointed. 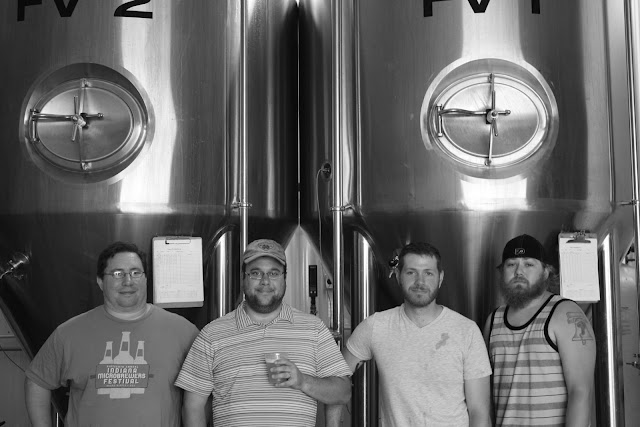 A big thanks to Adam, Monte, Chris and the rest of the Cutter’s Brewing team! I appreciate the time you took to show me around and talk to me about your wonderful beer!