After a reported 10,000 people at last year’s giant tapping party, Three Floyds had to do something to keep the thing sorta manageable. This year, we’re told, 6,000 tickets were issued and you needed that ticket to not only buy some Dark Lord (4 bottles at a pretty darn cheap $15 each), but to get into the parking lot, buy any other beer, food, sample guest beers, etc. Still, 6,000 people is more than the parking lot can hold. It was thick with humanity and beer. This change did what was intended; to limit the attendance, plain and simple.

Many smart folks picnicked across the street on the lawns. Worked pretty good. Most groups were 4 to 6 people but it’s hard to pin down origins when people merge into and out of these small communities at will. All you need is an empty glass or a full bottle (or both) and you’ll meet serious beer folk from all over while sharing serious beers from all over. A better day can’t be had. 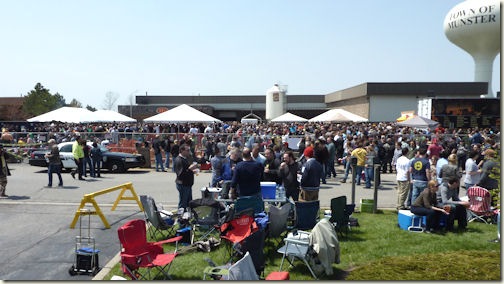 The line for Dark Lord was just as long as in the past, despite splitting into three groups by time. From the corner to the right of this pictures, it went to the front gate, doubled around twice inside, then headed for the back of the building. 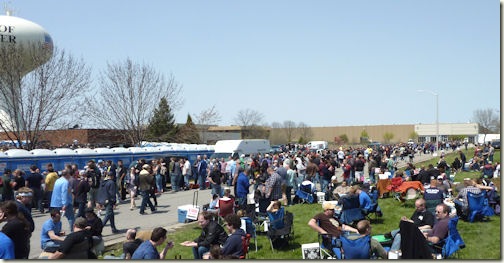 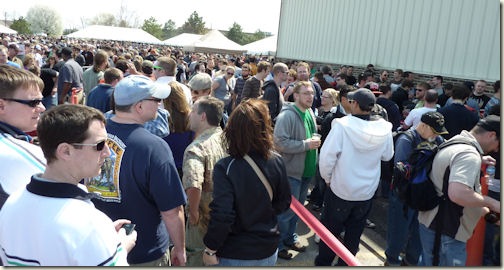 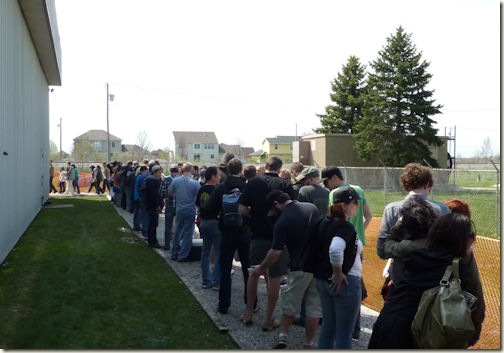 The line could have moved faster but it didn’t need to because no one was in a hurry. The only chokepoint was the sole person assigned to the back door inspecting tickets, trading tickets for scratch-offs (later, later), and explaining the scratch-offs. Dark Lord sellers inside were really a bit bored. Leaving the Dark Lord room, things were right back to gleefully gloriously hectic. Souvenirs, T-shirts, more bottles or cases of other Three Floyds beers, Half-pints of many guest beers, and the band de hour all crowded into the brewhouse itself. 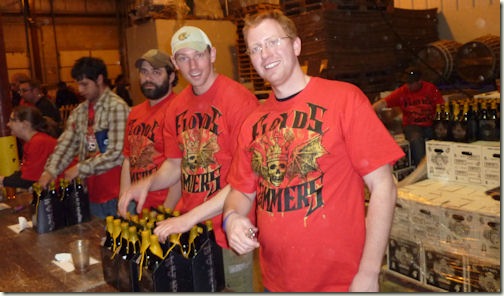 A ton bunch of guest beers poured at $5 each satisfied the “gotta have another rare beer” syndrome. (list at HBG). 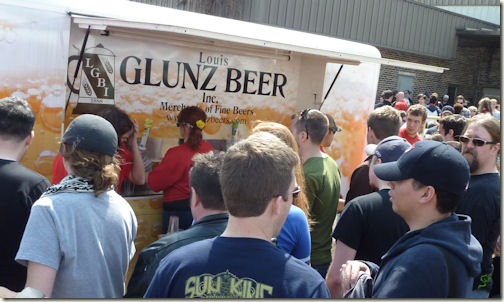 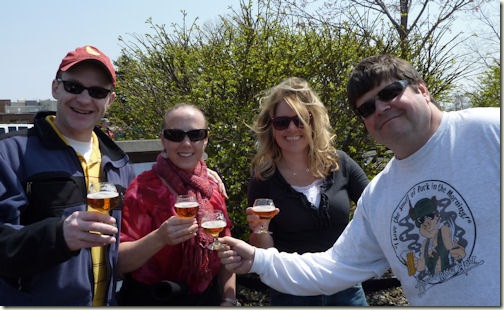 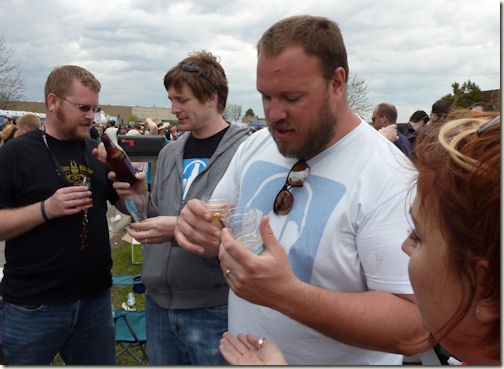 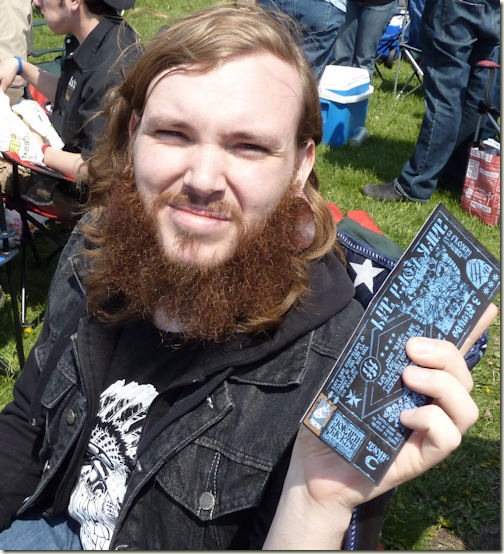 This guy is showing off his scratch-off – a winning one. 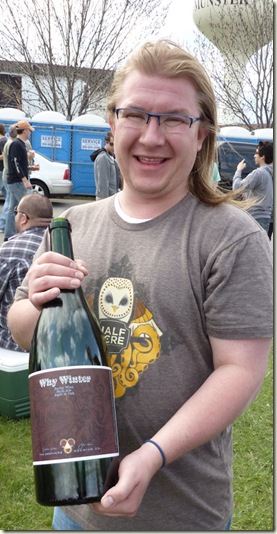 Left – That’s a share bottle with a capital share.
Right – It became a tradition to line up the empties along the street for collectors. 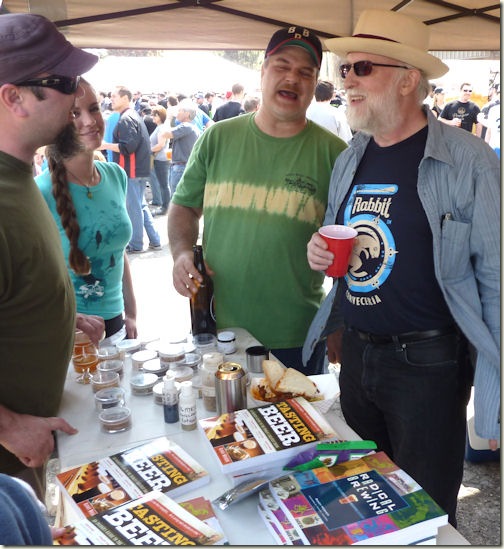 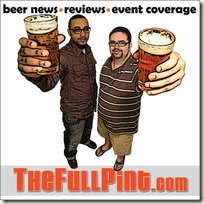 The best spot across the street was occupied by a group who met here from both coasts and Chicago. Some were there from The Full Pint blog based in LA. Also met some of the folks behind BeerDownload.com, a podcast going through a 256-beer bracket. Bidding on Ebay now seems to run around the $40+ area and a bottle of the Brandy Barrel Aged Vanilla has a bid of $237.50 More reports: Hoosier Beer Geeks (see if you can find Bob in their panorama). And a second post. The Chicagoist. Post Tribune. Chicago Tribune.