This was a busy weekend for lots of people. Not the least being a couple of easterners showing off their new Indiana Breweries book. Nate (left) and John (2nd left) made 7 stops in Indy including 2 morning TV shows and a book store, stops at both breweries in Lafayette, and ended Saturday at the Beer Geeks Pub in Highland. They got within 5 miles of Three Floyds and the 6,000 people who would have snatched up books. The interview on WISH-TV’s Indy Style is available online where they show off 3WM’s blackberry wheat, Flat 12’s wheat, Sun King’s Alt, and Bier’s . Love Nate’s headband by the way. 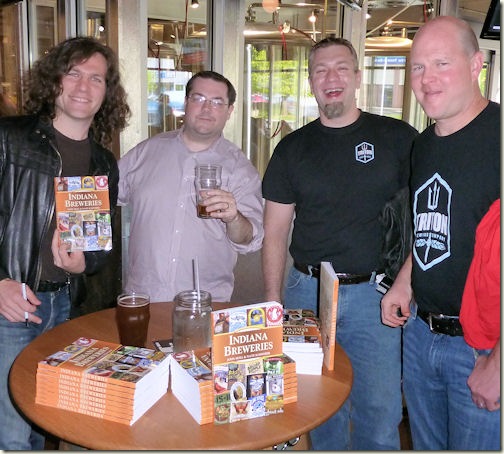 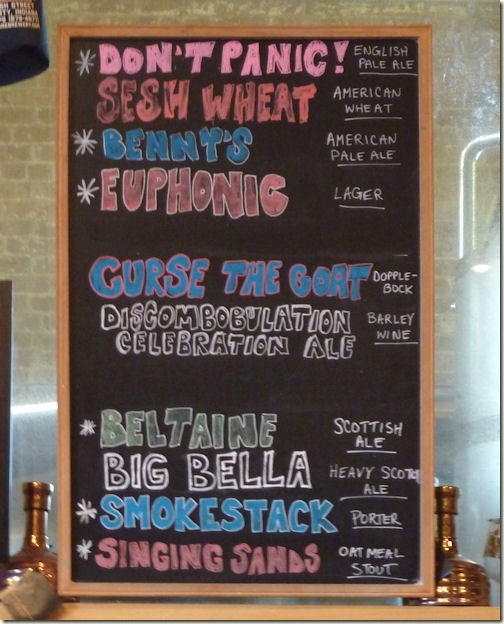 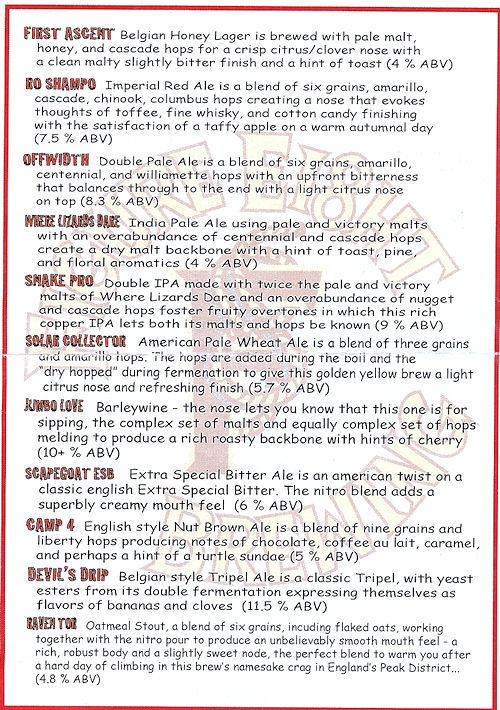 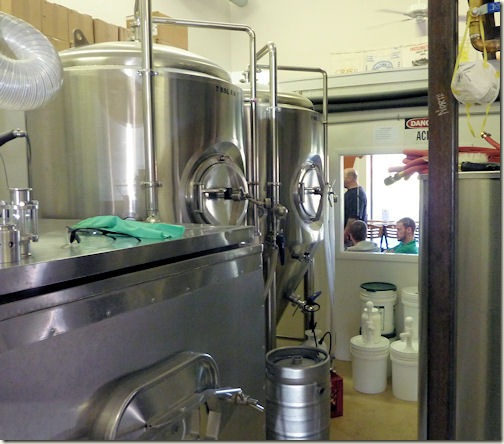 Tanks at Figure 8 are crowded in everywhere. Tom has rented out the second spot down the line of offices to use as storage. The tap room is busy and a pinball machine stuffed in the corner adds another reason to stick around for another pint. For speed at the Dutch door ordering station, they have growlers pre-prepared using counter-pressure filling. The customer doesn’t have to wait and it will keep unopened up to a week. 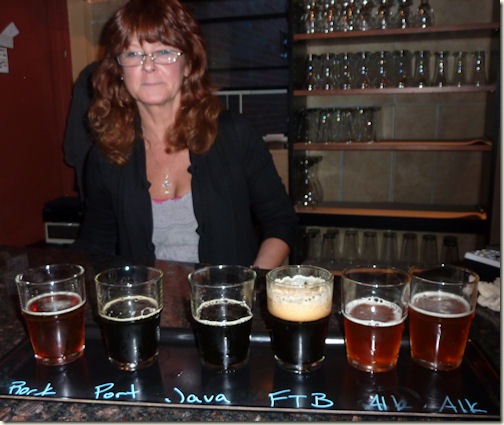 Crown Sampler pack. 6 generous pours for $6.50. The Beer Geeks Pub in Highland became a second home for some visitors. Not crowded. Great menu (beer that is, there’s no food at all). Even the Hoosier Beer Geeks were there on Friday. Saturday, after a full Dark Lord Day, it was still a bit subdued. John and Nate were on their next-to-the-last stop on the book tour. 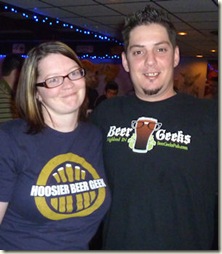 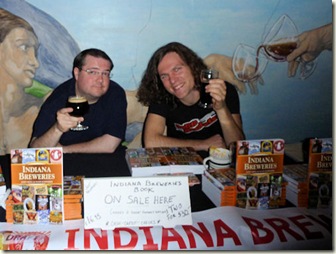