The attempts of large brewers to penetrate the craft beer market has resulted in some interesting backlash this year. Much of this has come from the Brewers Association, a trade group that represents the interests of small and independent American craft brewers. While this may seem tantamount to protesting their own success, Brewers Association founder and president Charlie Papazian addressed the controversy again with a recent article on the need to define craft beer and prevent it from being hijacked. The Association has already taken it upon themselves to define a craft brewer, so it wasn’t much of a mystery which side Papazian would take on the issue. In any event, I’m guessing most of us are more interested in the beer we drink than participating in an industry trade group pissing match. So I’d like to discuss what this means to the craft beer consumer, and if we should even care. 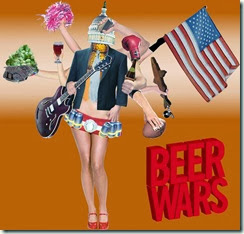 For many people, craft beer is like the kick ass band you discovered at a basement show. It’s new and exciting, the artist is accessible, and you leave feeling a unique personal connection to the experience. The band gains some momentum and is booked at local clubs and festivals. You’re excited to see this and tell all your friends they need to check out this brand new thing you discovered. But pretty soon the band is playing sold-out amphitheaters, and you just paid $250 for a scalped ticket because prospectors bought up all the Upland Lambics tickets with the intent to capitalize on your scene. You’re still excited for the band, but a bit disillusioned and take to internet message boards to debate their punk credibility. Now comes word that the offers are coming in from AB InBev major record labels, and you fear the band will devolve into a vehicle for watered down pop songs aimed at 12-year old girls. Similar to the way many people feel about music, Papazian admirably holds out hope that we can de-commoditize craft beer. But society just doesn’t tend to work that way. Higher prices, limited supplies, sold out festivals, “VIP” packages, barrel society fees…….these are some of the realities we find as consumers in today’s craft beer scene. Even the Brewers Association has struggled with their own definition of small breweries and craft beer. It’s now evolved to where a brewery can annually produce 6 million barrels of beer a year and still be considered “small” by their standards (this conveniently preserves the inclusion of Boston Beer Co. and the Sam Adams brand). They’ll point to the megabrewers and claim 6 million barrels is small in comparison, but it’s also a stretch to place a brewery that size in the same classification as your local brewpub. For some perspective, consider that Three Floyds – Indiana’s largest craft brewer – still produces less than 50,000 barrels a year. So they could increase production by over 10,000% and still meet this loose definition of small. 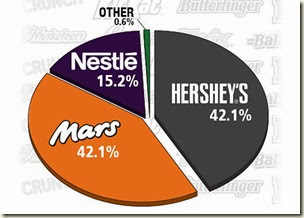 Perhaps I cast a somewhat cynical eye toward efforts to define craft beer, yet ultimately I have to cast this aside and fully stand behind Papazian on the issue. The recent celebration of Halloween is the perfect case for explaining why, and why it should matter to you. I learned this year that 99.4% of snack-sized chocolates are made by just three companies: Hershey’s, Mars, and Nestle. This made me start thinking about how often we see new and innovative products become readily available on the candy shelves of retail stores. The answer seems to be rarely – and what new products we do get are often nothing more than slight modifications of already established brands. The candy haul my daughter brought home from trick or treating pretty much resembled the junk people stuffed in my plastic pumpkin 30 years ago. Now, you may like Snickers – but wouldn’t it be nice to try a viable alternative from time to time? These companies seem more concerned with launching marketing campaigns to make their products appear new and exciting then actually producing products that meet this description. This is why you should care about defining craft beer. Any definition is likely to be flawed, but the Brewers Association efforts ultimately serve to educate the consumer and help us make informed choices. Supporting a vibrant community of small, independent brewers is the best way to preserve the diversity and quality of choice we have come to enjoy in this scene. For any brewery that might be getting a little too big for your tastes, there are still plenty of places where you can walk in, enjoy some awesome beer, and casually chat with the person directly responsible for its production. We found a few of them on our recent trip through Northern Indiana. This is not meant to be a lecture on why you should never enjoy a Goose Island Bourbon County Stout or a fine Belgian or German import. By all means, drink what makes you happy. But there is nothing wrong with knowing where your beer comes from and allowing this to play a role in your purchasing decisions. The modern craft beer explosion may have some undesirable side effects, but the worst case scenario is placing full control in the hands of a few mega-conglomerates who limit your choices while spending millions to convince you they aren’t. Suck it Snickers.