We get press releases: 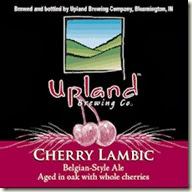 On Tuesday, November 26th, Upland Brewing Company will open an online lottery for the release of two of its sour ales: Cherry and Raspberry fruited Lambic-style ales. Due to labor intensiveness, a long brewing process, and the seasonal availability of local fruit, these ales are released infrequently and in limited quantities. Consequently, lottery requests will be restricted to one bottle per style per person. The lottery, at www.UplandSours.eventbrite.com, will open at noon EDT on Tuesday, November 26th (that’s now) and close at noon Tuesday, December 3rd. Preferred pick-up location must be specified at the time of entry; both the Brew Pub in Bloomington and the Indianapolis Tasting Room are options. Lottery winners will be notified via email on December 4th and will have the opportunity to purchase the sour ale they selected at their preferred location from December 9th to December 23rd.

PicoBrew Zymatic. Make beer on your kitchen counter. $1700 to $2100. Oh, that’s a preorder for June, 2014. But you may want to have your credit card charged now. Nope, not buying into the company on Kickstarter. That’s just one unit. But the kickstarter page has more info than their web site. Run by an ex-MS VP. Not sure they’ve got the idea. No word on how may gallons per batch. Looks like something between 2 and 5. But their not the only one who has a fixation – not according to this quote: "Even at a $1,600 investment, it would really only take about 6 weeks of home brewing for me to recoup the cost of a PicoBrew Zymatic in consumed beer." Do you Does that person really spend $750 per week on beer? 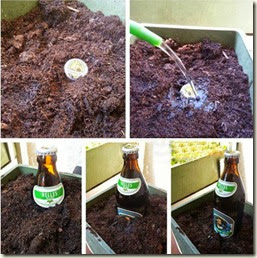 News: Beer truck overturns in Georgia. Nope, that’s a Bud Light truck. Amsterdam has launched a government-funded scheme which uses chronic alcoholics as street cleaners – and pays them in beer. article The Huffington Post lists 9 Reasons Why Beer is Even Better than You Thought. And where else can you find Zooey Deschanel’s Mom’s Signature Pecan Pie Recipe?