A media notice that the media hasn’t noticed. “Roger A. Baylor will take a leave of absence from NABC to run for mayor of New Albany.” 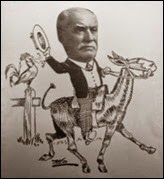 If he wins he will join fellow Hoosier brewers:

Otherwise he will join: 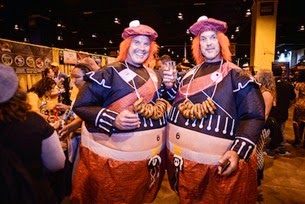 The Brewers Association wants taxed “readjusted” for craft beers. article The Indiana Association of Beverage Retailers looks at the Pretzel Necklace. No, seriously. RIP Sunday sales this year. article Malt Madness from the Indy Star doesn’t involve traveling. Poll in 6 parts. Headline: You Can Make Beer More Alcoholic by Freezing It. They’re just learning this? Bad ideas in beerdom. Lil’ Lager Baby Bottle. Like most stupid ideas, this one shortchanges – it only holds 10oz. Foodbeast This makes sense though even if it is from Tennessee. “would allow underage college students to taste beer they make in a brewing course”. short article just prove I’m not making this stuff up. “By the end of May, a Fort Collins brewery will change its name permanently from Zwei Brüder Brewing to Zwei Brewing in order to avoid a costly lawsuit.” Zwei Brüder” of course translates as Two Brothers. article 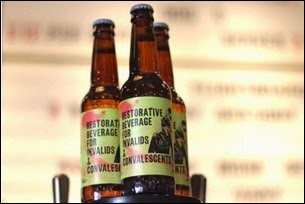 Restorative Beverage for Invalids and Convalescents. Yep it’s from Brewdog. An 8.% IPA. Classic Beer and Food Pairings: Do They Really Work? article

A guide to London’s brewpubs and gin distilleries. Discover the Oldest Beer Recipe in History From Ancient Sumeria, 1800 B.C. and see what the Hymn to Ninkasi has to do with it. Bar stool races. Need we say more?

The world’s first joke: “ Adam, Buddha, and a Persian walked into a bar. Abraham asked for apple cider, Buddha asked for some rice wine. The Persian just purred and coughed up a hairball.”
Don’t buy that? Just walk into a Persian bar in 5000 BC and tell that joke. You won’t be received warmly. They’ve heard it all before.