If you haven’t heard (and we didn’t until straying on this post), Rita Kohn was awarded the Woman’s Press Club of Indiana’s Communicator of Achievement honor. She writes Beer Buzz for NUVO and the book True Brew. Oh, and plays (Edwin Booth) and books about Native Indianans, steamboats, and more, lots more. She also might well have The Complete Idiot’s Guide to Beer Tasting out soon with Upland Brewing.

Choosing a beer is no longer a simple process, as the beverage has gone from a world of relatively small offerings from major brewers to a universe of hundreds of unique styles from around the world. The Complete Idiot’s Guide® to Beer Tasting is a comprehensive introduction to the vast styles and complex characteristics of beer, including brewing style, the yeasts and hops that determine taste and character, how the various grains are used in brewing, and more. Readers will discover how the brewing process can affect a beer, learn to recognize beer tasting notes and aromas, identify unique styles, select the right glassware, and much more.

Two sides of the gas station suit to sell cold beer in Indiana. Pro, No. Bell’s is suing Enbridge Oil who dumped a million gallons of oil into the Kalamazoo river. If only labels could be animated. 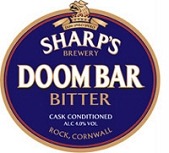 Doom Bar says it’s the biggest selling cask ale in the U.K. It’s brewed by Sharp’s brewery in Cornwall. It’s a 4.0% bitter that we liked even though it had lots of sharp edges. Oh, did we say Sharp’s is owned by Molson Coors? Here’s a map of where Beer is Pivo, Cerveza, etc. We’re not sure about a 5,000 year old beer recipe. This “Hymn to Ninkasi” recipe seems to be a bit old. How’s your cell phone coverage? It was a bit worse near Melbourne, Australia until a beer fridge was found to interrupt the signal. Spain’s Joaquin Alcaraz Garcia won a beer drinking contest at a festival with six litres in 20 minutes. Vomited. Died. article Headline: Beer Festival Closes Early – After Running Out of Beer. Don’t panic, this was in Sunderland, England. It was a three day (Fri, Sat, Sun) fest that had to close on Saturday when they ran out of beer. Also in England, they’re looking at a synthetic yeast. Yumm or umm? article 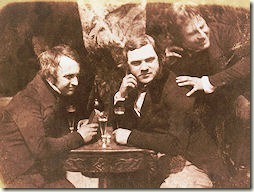 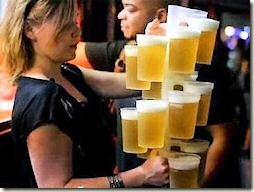 One picture is thought to be the first ever taken of a beer glass (1844). The subject of the other picture is, with the Octoberfest waitresses, deserving of an Olympic gold medal.