The Complete Idiot’s Guide to Beer Tasting is out and on the shelves.  By Rita Kohn with the Upland Brewing Co. Available just about everywhere. Amazon lists it at $12.98 with other vendors through Amazon at $9.32. Looks like the Brewers of Indiana Guild may be spending $171,000 per year for a lobbyist. Davey Neal got an exemption to be able to go straight from the statehouse to the guild house. “In the last year, a handful of top state officials have received approval to leap directly from government work to outside employment, including former Gov. Mitch Daniels.” article

“In each case, the state’s ethics panel pointed out the law does not apply to their situations, largely because they would not be directly working on projects or programs they worked on while in state government. But government ethicists say the cozy relationships still raise other questions of favoritism.”

Indiana City Brewery gets ink in the Indy Star about their building in downtown Indy that once housed the Home Brewing Co. Great Fermentations homebrew store has opened a second outlet. This on in Avon at US 36 and Dan Jones Road. They will have a grand opening party on Sept. 14th. info. The annual Great Grain Sale is also happening – today through Sept 8th. Apple juice is also available now by pre-registration. Yumm. What goes better with apple cider than donuts? Well, a lot of things but the segue was necessary to take a jibe at Lift Bridge’s mini donut beer that they served at the Minnesota State Fair. article Reader Justin Kloer sent us some pictures and stories to add to the Hoosier Beer addenda.

I noticed a gap in your breweries index, specifically you don’t have the brewers listed for C.L Centlivre brewing company of Ft. Wayne and later, as it became Old Crown Brewing Co.
As it happens I’m proud to know who they were, as it was my grandfather and great-grandfather.
My great-grandfather Frank’s WWI registration card lists him as the Master Brewer for Centlivre. he would later become Vice President of production and his son, my grandfather Herbert Kloer, would become brewmaster, as seen in the attached scan of an advertisement during their 1950 expansion.
Just as a fun fact in beer history, Frank continued brewing in his garage during prohibition, selling beer at $3 a bottle until he was busted in 1924, paid $518.50 in fines and spent 6 months in Terre Haute federal pen.
My great great grandfather Josef was a brewer in PA, but I don’t know the brewery.  He was a cooper in the old country (we’re Transylvanian Saxons, a German people.)
Being the family historian I have a great many documents about Centlivre and Old Crown brewery.  I also have union books and cards, pictures, article etc. should you have interest or need of info about the brewery. … If there’s ever anything you’re looking for or want to know I might be able to find it and send it your way.  The only thing I like more than drinking beer is talking about it. 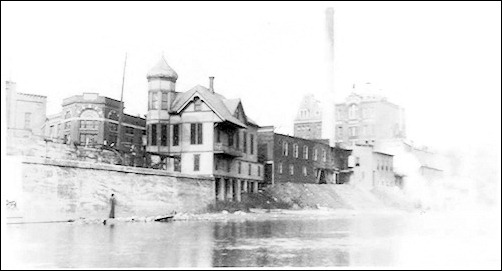 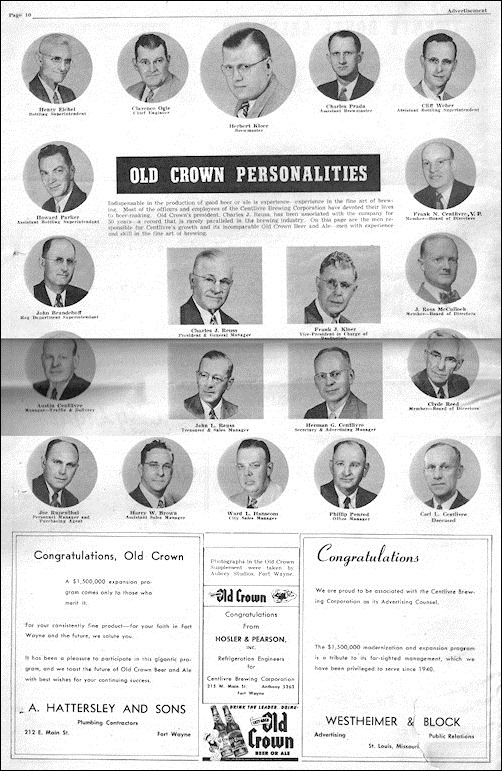 Thanks Justin. We’ll update the HoosierBeer web any day now.