For the northerners among us, Eric Strader’s blog with the Elkhart Truth has changed his blog to “Hop Notes” at http://blogs.etruth.com/hopnotes. The Senate bill introduced this year that would allow micros to sell at farmers’ markets has fallen flat. article You’ve probably heard that Mark Havens of Oaken Barrel fame is moving to Big Woods Brewery. blog 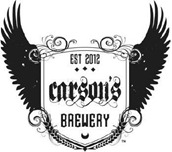 Headline: Evansville is getting a new place for a pint. Carson’s Brewery has their permits and will used their pilot system to make a bit for the retail trade. They hope to start work on a 20-bbl brewhouse and tasting room soon. article The Drewrys project in South Bend isn’t as dead as some people thought. The headline of this article says “Drewrys’ book, beer set for sale this summer”. Also coming up: a brewery in Angola. Scott Ferguson is planning “Chapman’s American Ale Cider” that will half lots a ale character and 6 1/2% ABV. article Headline of the press release: Indiana Beer Distributors Generate 2,079 Direct Jobs, $739 Million in Total Economic Impacts. Didn’t even know they wanted anything from the government. article with more states Finally figured out why there are Big Red signs around Indy. The Bloomington-based chain has bought the 24 United Package Liquors. 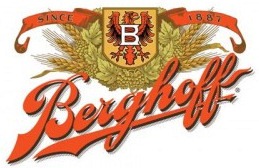 Press Release: Berghoff will be back. The Chicago version of the company (including the restaurant with Illinois liquor license #1) will have Stevens Point making their beer for a push into Illinois, Indiana, Michigan and Wisconsin starting in June. Yes Judy, this will qualify as a craft beer.

The initial offering will be a “seasonal Solstice Wit Beer (5.2% ABV), made with Calamansi juice, an Asian citrus fruit, and spices, it is a refreshing summery beer from a long tradition of unfiltered wheat beers.  Perfect for warm weather drinking, Solstice Wit joins Berghoff’s other major year-round labels:  Straight Up Hefeweizen (5.2% ABV), a Bavarian hefe-weizen, with the creamy goodness of wheat, plus a fruity and spicy nose;  Dortwunder Lager (5.5% ABV), a classic and evenly balanced pale lager in the Dortmunder tradition;  Reppin’ Red Ale, Malt & Rye (6.2% ABV), a serious red ale that mixes tangy rye and crisp toasted malts with plenty of American hop character;  Sir Dunkle Crispy Dark Lager (5.5% ABV), smooth and malty, with a bright crispness, making a drinkable and very satisfying beer.  Berghoff will also introduce the first beer in its Überbier Series, Germaniac Extra Pale Ale (6.3% ABV), brewed with honey and molasses, it will be a briskly hopped extra pale ale patterned after the old “outlaw” beer style, Kottbüsser.”

Rich Higgins (one of five Master Cicerones) is going to host a tasting at the Tomlinson Tap Room on Mon, June 3.

Higgins will explain the historical and cultural background of each style, and the tasting will feature two Indiana- brewed craft beers from each style to illustrate the artistic and stylistic differences.
Higgins joins the Tomlinson Tap Room to present the event. Located on the mezzanine level of the Indianapolis City Market, the Tap Room is Indiana’s hub for fresh, local beer, pouring the delicious beers of the Brewers of Indiana Guild.
Featured pilsners — real golden lagers with nuance, personality, and peppery, herbal hops:
– Fountain Square Workingman’s Pilsner
– Three Floyds Jinx Proof
Featured Belgian-style farmhouse ales — with flavorful, rustic, Belgian yeasts and a sparkling, dry finish:
– New Albanian Black & Bluegrass
– Bloomington Brewing Biere de Mars
Featured American IPAs — built around bold malts and citrusy, floral hop aromas, and so much more than just brash bitterness:
– Daredevil Lift Off IPA
– Oaken Barrel Superfly IPA
Tickets cost $25 (+ 2.37 fee), and include tastes of 6 beers, plus a pint of your favorite choice after the tasting. Soft pretzels, chips, and popcorn will also be served. Tickets and more information are available at: http://www.richhiggins.com.

Magic Hat has whooped a lawsuit on Lexington KY’s West Sixth Brewing. Evidently a 9 upside down is a six. article sigh. A beer wheel. Saccharomyces cerevisiae is probably going to become the state microbe of Oregon. article News from Jolly Old England:

The Campaign for Real Ale (Camra) got the beer tax rate lowered with an immediate pence per pint. Breweries have promised to lower their prices (by that pence) or give the excess to charity. Members are less than impressed and 1,300 showed up at the annual meeting to yawn and to yell about the second of Camra’s showpiece pushes. Camra earlier had called for minimum prices on beer to combat pubs’ price for real ale being much more than supermarket prices on Carlsburg/Heineken/etc. The membership meeting made Camra back off this stance as the populous don’t want anything to do with the “nanny” government setting prices, foreseeing increased taxation that could take real ale the way of tobacco. Now the members are railing about Camra’s finger to the wind about supporting craft beer as well as real ale. Invective, invective.

Headline: Taste of Beer Makes Men Crave Getting Drunk. According to an paper published in Neuropsychopharmacology. article slightly_better_article

Budweiser is testing an “iconic” bowtie-shaped can. It will be sold as an 8-pack of 11.3 oz beers. “It holds 11.3 ounces of beer and has about 137 calories, approximately 8.5 fewer calories than a traditional 12-ounce can of Budweiser.” This is the first time I’ve hear that Beer Filtration Could Add Arsenic. article Headline: George Washington’s Whiskey: Not the Best article Tips for new microbrewery customers (from the Purdue Calumet). Tip for everybody: Keep a bottle colder by keeping it dry. article Slate’s tip for brewers: The Craft Beer Industry’s Love Affair with Hops is Alienating People who don’t like Bitter Brews. article