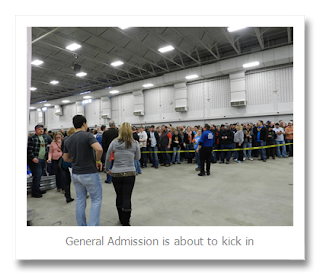 Tis the season for Winter Beer Fests! Winterfest from the Brewers of Indiana Guild will be held this coming Saturday, January 31, at the Indiana State Fairgrounds in the Marsh Blue Ribbon Pavilion. More information and ticket purchases (3-7 PM) can be found here . We have talked to several brewers and while we don’t want to spoil surprises you can clearly guess that you will find plenty of Bourbon Barrel Aged but also Rum barrel aged and specialty heavy beers! THere will be over 102 breweries represented! To build your anticipation you may want to look over our review of the 2014 event Winterfest 14 In addition, Nathan wrote a blog nearly a year ago on Maximizing your Winterfest Experience. The advice still holds! Check that Advice HERE

Lafayette Brewing Company’s Winter Warmer event is already sold out but you might snag some tickets from friends as this event is held Feb. 7 (5-9PM).

Shelfice Brew Fest is happening Feb. 7 and appears to NOT be sold out yet, with over 20 Indiana Breweries from all ends of the state + more. Venture up north to Michigan City where you might get some beers you have not had from Burning Bush, Ironwood, Four Fathers, Burn ‘Em, and many more. Tix are only $35 for the 1-5 event. There is even a but to and from the local Casino and Outlet mall! More info HERE

Louisville, Kentucky’s second annual Tailspin Ale Festival will be held February 20 & 21. Indiana’s own Flat12 which recently opened their second brewpub in Jeffersonville, IN (Our Story HERE) , just across the bridge from Louisville, will be a featured brewery.

Just a bit more than an hour and half South of Greenwood, Indiana, on Interstate 65 is Louisville, which continues to expand their beer scene. If you missed last year, the following was part of our attendance at that event: The first ever Louisville Tailspin Ale fest was held on a Sunny Saturday featuring an even dozen Kentucky breweries, nearly 30 other breweries including 3 from Indiana, with approximately 150 beers served. 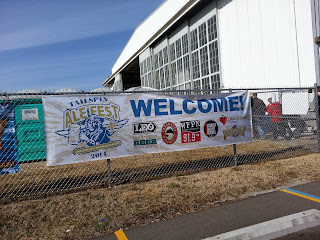 Louisville beer festivals are showcasing craft beer, welcoming all to sample both new and old brews. This year, expect over 150 beers, over 40 breweries – many from Indiana and Kentucky, as well as food trucks. On Friday night the Tailspin features their exclusive “Barrel Role” with limited edition, barrel-aged beers and VIP tickets for $85. All details are found HERE: Tailspin Festival

Gear up for the FIFTH Annual BLOOMINGTON Beer Festival, on April 11.

And the big “kahuna” will be the TWENTIETH Annual Indiana Microbrewers Festival on July 18 in a NEW VENUE of Military Park in downtown Indianapolis. Check back here future news!