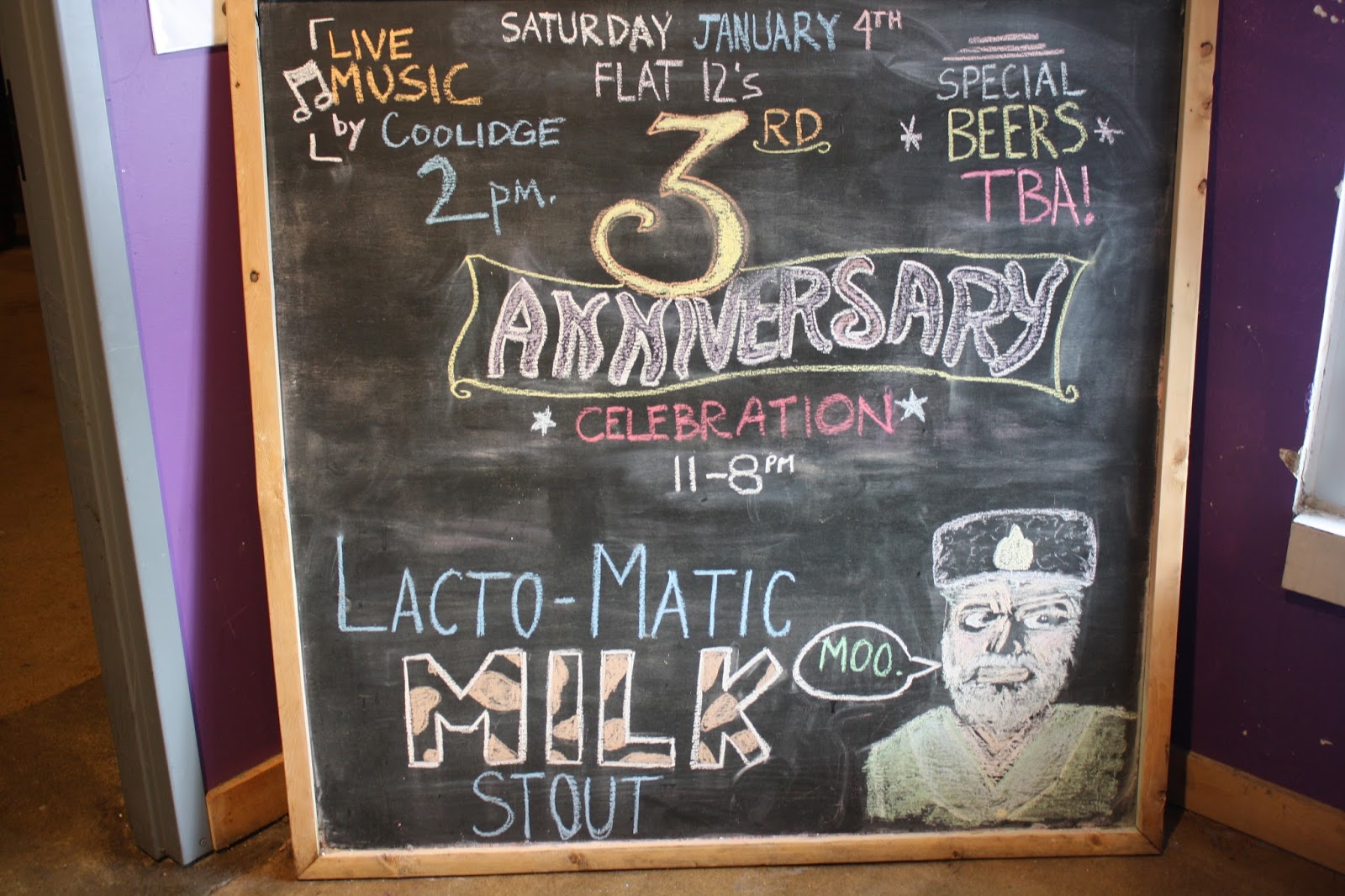 First off, congratulations to the crew at Flat 12 for hitting the three year mark! That is amazing and I for one hope to see you continue on with not only your great classic house beers but all the crazy fun beers that, let’s face it, you are famous for.

This was my first time hitting up a big part of Flat 12 and I’m glad I could make it. Got there a little bit after it opened at 11am and after getting my wristlet, sample tickets and map I was ready to go.  There were 5 stations, a total of over 30 different beers. I went through my sample tickets fast, and bought additional tickets to sample. Thanks to a friend who went, and sharing samples, we tasted 18 of the amazing beers offered at the party.

I could go through all of them but really these are so unique and amazing it is best for you to try and get to Flat 12 whenever they tap them again. I’ll give you some of the highlights though.

Mudder Funker – Two sour stouts, blended and aged in bourbon barrels. The aging took the tartness back, which is perfect and made the sour ale nice and drinkable.

Cherry Perpetual Summer –  A Belgian Dark ale with dark cherries. It is almost indescribable with the cherry note and the creamy dark ale.

Rum Jack – Flat Jack Pumpkin Ale aged on Rum Chips, giving it a slightly smooth taste from the rum and still subtle with the clove, nutmeg, and cinnamon spices.

Whiskey Cat  – An amber ale aged in Corsair Quinoa Whiskey barrels. This was perfect for the cold day, cause it warmed you to your toes and also went great with the Cave Man truck’s barnyard chili.

Some interesting beers there was – Pickle – which smells and tasted like brine, Plumpkin was a nice pumpkin with plum and Pineapple Sage Walkabout which could have used more pineapple flavor.

My last beer though.. was Pinko 23 and boy was that deep, dark imperial stout the best way to end the party.

I wasn’t there long enough to try them all or hear the music, but I have to say this event was fun, free ( at least to go in, and try five samples) and well organized. Plus the beer list was insane. Looking forward to Flat 12’s Winterfest offerings and of course going to their party next year to celebrate their 4th anniversary. 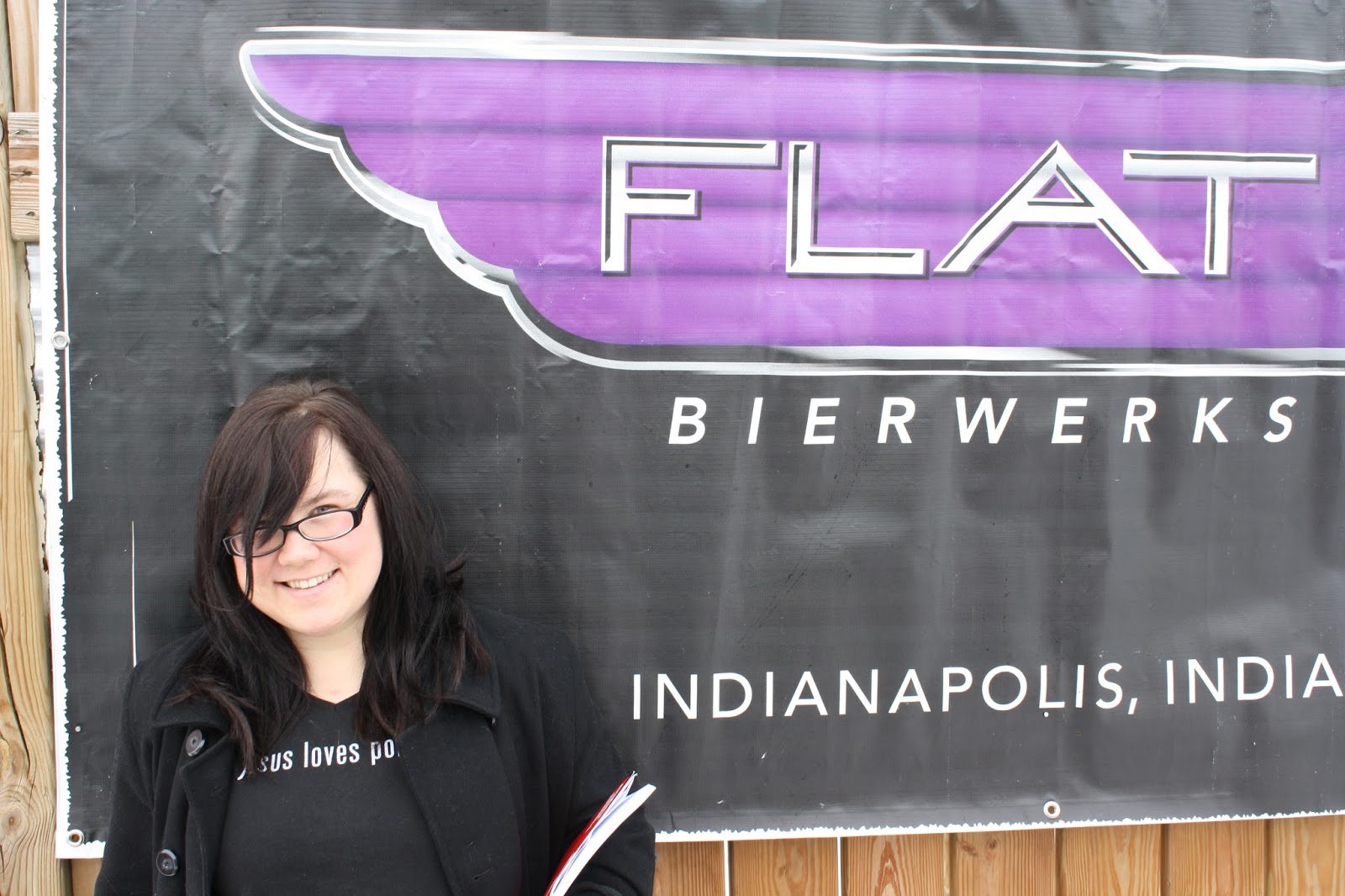