My original intent here was to showcase a few area brewpubs that might be considered “underrated” these days. Recent years have treated us to an explosion of new breweries around the state, including some that manage to garner a great deal of publicity and have arguably revolutionized the way local craft beer is distributed and marketed to Hoosiers. Some of the more traditional brewpubs may lack the staff to seemingly be everywhere at once, but a select few can easily stand up with the best beer any brewery in Indiana has to offer. One of these in my book is Greenwood’s Oaken Barrel. I was initially stuck trying to decide if a brewery can really be called “underrated” when they are a multi-year winner of the Indiana Brewers’ Cup Champion Brewery and pack the house in Greenwood every weekend. So I’ll just use the term “great” instead. Oaken Barrel was established in 1994 when I was still swilling Busch Light, Icehouse, and whatever watered-down concoction they served at penny beer night at Purdue. Eventually they became one of my first craft beer favorites in the area and planning visits to spend an evening at the brewpub became a household tradition. My kind spouse would volunteer to drive so the trip from Northeast Indy would be worthwhile and the fridge could be properly stocked with bottles of Snake Pit Porter and growlers of Super Fly IPA. Ken Price was the head brewer at that time and Mark Havens has kept their fine tradition going since Ken left for Yazoo Brewing in Nashville. Oaken Barrel also has an impressive record of training talented brewers as many former assistants have gone on to head brewer positions including Jerry Sutherlin at Rock Bottom Downtown, Andrew Castner at The Ram, and Tonya Corbett at Bend Brewing in Oregon. Congrats to current assistant John Treeter who is leaving soon to take over as head brewer at the Broad Ripple Brewpub. 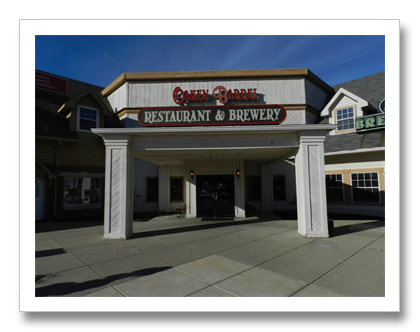 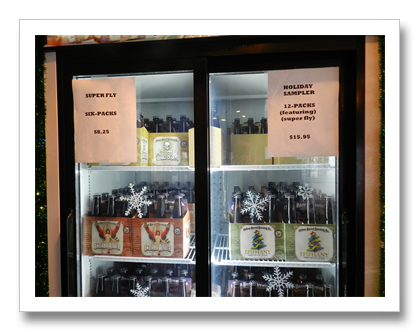 Oaken Barrel offers a well-rounded menu of brewpub fare that includes sandwiches, pasta, ribs, steak, and seafood. The appetizers are a step above what you might expect to find at your average brewpub and include personal favorites Cajun Beef Tips and Kwang’s Dynamite Shrimp. Lunch specials are offered on weekdays if you work in the area. But food was not on my agenda for this visit. I was there for the beer – enjoying old favorites and revisiting a few that hadn’t been on my short list for years. The brewpub offers a lineup of six core beers that are usually accompanied by 1-3 seasonal selections. Indiana Amber  28 IBU  5.5% ABV – Crimson colored ale with smooth malt character featuring moderate caramel and toffee notes. Bitterness and hop flavor are relatively low. Not in the mold of aggressively hopped American Ambers that have become more prominent in recent years, but a good introduction to Oaken Barrel’s lineup. Indiana Amber won a silver medal for Amber Hybrid Beer in this year’s Indiana Brewers’ Cup. Razz-Wheat  12 IBU  5% ABV – Oaken Barrel’s long-running version of a Raspberry Wheat Ale, I had not touched this beer for a good while. Light fruit beers are generally not in my wheelhouse, particularly when they come in a nice pink color. But the raspberry is more tart than sweet and the overall beer has a nicer drinkability than some fruit beers. I was pleasantly surprised by this beer, but it’s still not one I would go back to very often. Razz-Wheat won a bronze medal for Fruit Beer in this year’s Indiana Brewers’ Cup. Gnaw Bone Pale Ale  45 IBU  5.5% ABV – Now we’re getting somewhere. Gnaw Bone is a light-bodied pale ale that prominently features the aroma and flavor of grapefruit and other citrus notes from Cascade hops. This West Coast style Pale Ale has a dry finish and a slight tang in the aftertaste that could suggest a small amount of rye in the mash. Snake Pit Porter  41 IBU  5.6% ABV – One of my personal favorites, Snake Pit leans towards a Brown Porter style with a substantial chocolate malt character and light hop flavor. A full-bodied, smooth showcase for specialty malts that includes toffee and nutty notes underlying the chocolate flavor. Full of flavor but very drinkable, this is a great introductory beer for your friend who thinks “dark” beers are too harsh. 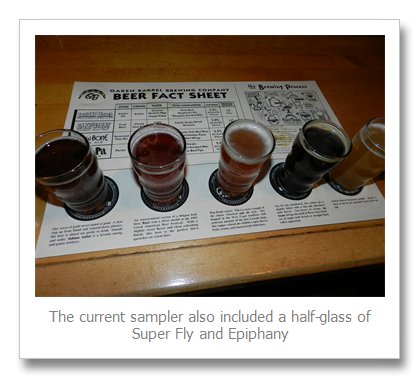 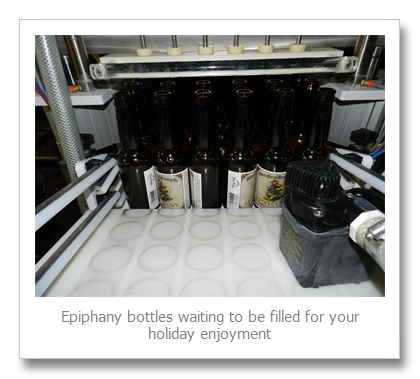 Alabaster Wit  10 IBU  4.5% ABV – Thankfully served without an orange, Alabaster is Oaken Barrel’s take on the 400-year old Belgian Wit style that Blue Moon brought to the masses. A hazy wheat beer with the flavor slightly tilted towards orange peel over the coriander and chamomile spices. A touch of sourness in the aftertaste gives this beer a refreshing quality. Super Fly IPA  100+ IBU  7.5% ABV – The one beer that easily inspires a drive to Greenwood on its own, Super Fly has been one of my favorite local beers for a long time. Wonderfully complex hop aroma and flavor with the tropical fruit character complemented by piney and spicy notes. This beer has a darker color and more malt character than most Imperial IPAs, but it serves as a nice complement and does not distract from your hop fix. The dry finish and assertive bitterness are perfect for the style. Oaken Barrel is now bottling Super Fly and should begin distributing it soon to local retailers. For now, you can purchase six packs from the brewpub for $8.25 which is an absolute steal for a quality beer in this style. Super Fly won a gold medal for India Pale Ale in this year’s Brewers’ Cup. Epiphany Tripel (seasonal)  27 IBU  9.7% ABV – Oaken Barrel’s traditional holiday seasonal is a high-gravity Belgian Tripel available both in draft and six packs. Epiphany is light-bodied with a sweet malt character that finishes dry and slightly fruity. The high level of alcohol is warming but deceptively smooth in the best tradition of the style. Scottish Ale (seasonal) – Light brown color with a nutty character supported by notes of chocolate and caramelized wort. Low bitterness, low carbonation, and just the right touch of residual sweetness. A wonderful example of the style that is very flavorful but clean and easy to drink. If you enjoy a good Scottish Ale as much as I do, getting to the brewpub for a pint of this one is highly recommended. 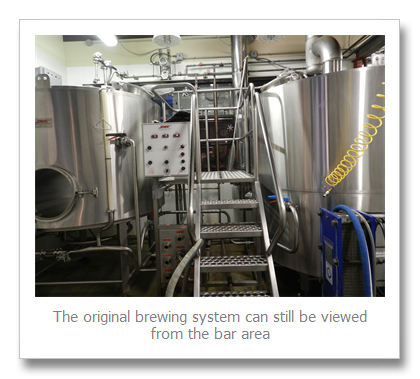 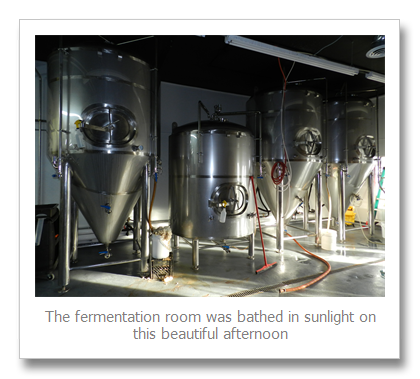 Oaken Barrel’s restaurant and brewpub are located at 50 North Airport Parkway, Suite L in Greenwood, just west of Exit 99 off I-65. Growler refill specials are offered on Thursday with a $5 refill on most house beers (excluding Super Fly and some seasonals). Also look for Indiana Amber, Razz-Wheat, Gnaw Bone, Snake Pit Porter, and Alabaster Wit in six packs at local retailers. Brewpub hours are: