Voting is currently in progress to get your city on the ballot for the fourth annual BeerCity USA award. You can head over and vote for Indianapolis or write-in your hometown. I’m sad to report that when I voted we were getting trounced by several cities including…..ugh…..Cincinnati. Now I’m not trying to start anything here, but as someone who spent two years working on a project in the Queen City, it made my computer cry a little to see those losers even on the same page as us. Now get over to the voting page and help us put them back in their place (voting ends Saturday)! The Brewers Association has released the Top 50 Craft Brewing Companies by beer sales volume. No Indiana breweries made the list, but a few of local interest include Bell’s at #7 (up from #8 in 2010) and Founders at #42 (unlisted in 2010). Also worth noting is the #11 spot which Stone Brewing took over from Dogfish Head. Stone distributes to Indiana. Coincidence? Congratulations to Barley Island for winning last Saturday’s Brew Bracket with their Sheet Metal Blonde Belgian Wit. Also congrats to Rock Bottom Downtown for coming in second by just two votes with their El Jefe Wheat. If you missed Kathleen’s Facebook post, a great collection of photos from the event can be found here. Good Beer Hunting has an outstanding behind-the-scenes pictorial of the barrel aging program at Goose Island. The narrative is a bit sparse, but does reveal that Bourbon County Stout is going into year-round production. For more barrel aging fun, Founders posted a somewhat vague photo of something called “project quince”. Your guess is as good as mine. Here’s your chance to get hangover advice from a true professional – Larry Bell of Bell’s Brewery. 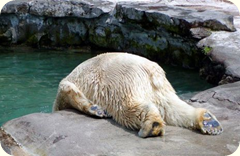 You may have heard about Vitamin D and drinking water before going to bed (or at least good intentions of doing so), but milk thistle and sauerkraut juice? Don’t say you never learn anything here. We don’t generally try to post all of the myriad tappings that occur around the state each week, but I make an exception when the beer name makes me laugh. So on Saturday, April 28th, head over to Upland and Rock Out With Your Bock Out! Actually, this is a bit more than your standard tapping as Upland will have an all day event open to all ages starting at 11am with a hog roast, lawn games, and live music. We had a great event this past weekend judging beers for the Indianapolis 1st round regional of the National Homebrew Competition. Big thanks to Sun King for hosting the event for the third year (their Maibock and Mocha Mac currently on tap are very good). I’ll have a roundup of all the Indiana winners once the results from all regions are officially released in early May. As Chief Steward for the NHC judging, I’d like to thank the following fine individuals for their assistance: Michelle Artmeier, Julie Bensing, Alfons Eggink, Gabe Enslein, Meredith Jones, Stacy Keister, Matt Lackner, David Massaro, Joe Milton, Glen Norris, Amelia Pflieger, Kevin Pritchard, Steve Quimby, Susan Rankert, Caitlyn Smeltzer, James Smeltzer, Chris Snodderley, Chase Snyder, Starla Steuerwald, Chuck Whybrew, and Matt Wisley. And special thanks to my assistants Ross and Val Graham. Ross and David are involved with the Indy Beer Meetup group and you can find their upcoming events here. 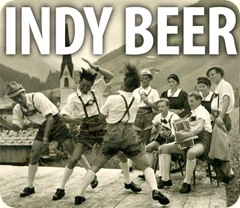