This week in beer: 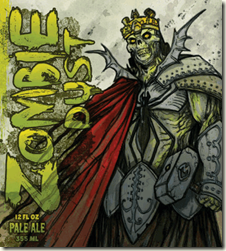 “Three Floyds Zombie Dust: The long-rumored 6-packs are one step closer to fruition. The beer, a single-hop pale ale made with Citra hops from Yakima Valley, Washington, has been on draft for a while now.” Beer Geeks in Highland seems to have all of Indiana’s Hair of the Dog/Deschutes collaboration #2. They also have Adam and Blue Dot IPA on tap next week. 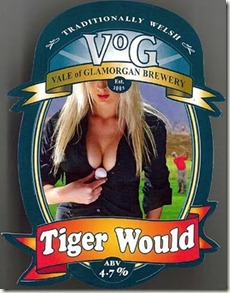 Pump Clip Parade collects the most terrible, punny, sexist, buttmost, and just plain worst. Reallly now, Caskablanca? Ffiagra though; that’s cute in a Welsh sort of way. ==>> The Brewers Association says there are 725 breweries in the planning stages. Up from 389 last year at this time. Dollar growth is up 15%. Oktoberfest starts Sept 17th. MGD 64 Lemonade has been axed. MillerCoors will even buy back any in warehouses or give distributors $2.50 per case to destroy it. They must really hate it. Now they are test marketing (not in Indiana) Blue Moon Blonde made with Chardonnay juice. 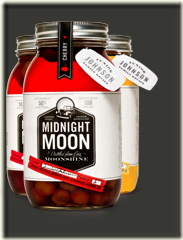 Junior Johnson is selling “moonshine” in the new NASCAR tradition of getting a license and using distributors. Midnight Moon is triple-distilled corn squeezins. Or have some with fruit infused – Apple, Cherry, or Strawberry. Is that NASCAR or what? Wells and Young’s formed in 2006 as a merger of two respectable London-area breweries. Wells Bombardier and Young’s Bitter are the flagships. Now Young’s has sold its 40% share to Wells for £15m and is moving entirely into the pub-owning business. No doubt, though, Young’s beers will continue to be brewed. article