The CFF Festiv-Ale last Saturday in Indy raised over $43,000 for the Cystic Fibrosis Foundation.

Huh? How did lager beer come to be? After pondering the question for decades, scientists have found that an elusive species of yeast isolated in the forests of Argentina was key to the invention of the crisp-tasting German beer 600 years ago. When the team brought the yeast to a lab at the University of Colorado and analyzed its genome, they discovered that it was 99.5% identical to the non-ale portion of the S. pastorianus genome, suggesting it was indeed lager yeast’s long-lost ancestor. “The DNA evidence is strong,” said Gavin Sherlock, a geneticist at Stanford University who has studied lager yeast but was not involved in this study. But Sherlock wondered how S. eubayanus could have traveled the nearly 8,000 miles from Argentina to Germany. “We all know that in 1492, Columbus sailed the ocean blue,” he said. “Lager was invented in the 1400s. It’s not really clear how that progenitor would have gotten from South America to Europe.” article with ugly, ugly picture.
The average pint (20oz) of beer in the UK now costs over £3. Consumption is down 11% in the last 7 years and the alcohol tax is up 35%. article
Headlines:
Driver of Motorized Beer Cooler Charged With Drunk Driving – Australia of course.
14 household uses for beer. But they missed a 15th – drink it.
SABMiller makes hostile $10 billion bid to take over rival Foster’s
Suspicious package turns out to be beer cooler 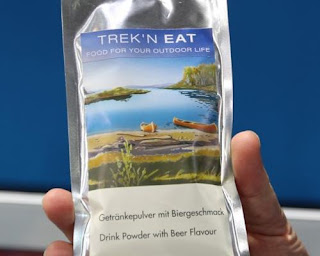