Headline: Brew pub may be on tap in downtown Corydon article

If Upland‘s Teddy Bear Kisses isn’t kitschy enough, how about Chicao’s Half Acre’s Big Hugs Imperial Stout? (to be released on Sun the 18th, two days after TBK. 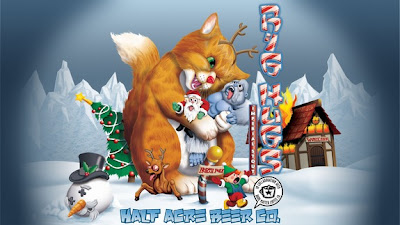 Looks like we shouldn’t look for Goose Island’s King Henry in Indiana. Will 2011 Bourbon County Brand Stout make up for it? article in The Beer is Good

You can still get Griesedieck in St. Louis article

Neilseon says “Craft and specialty brews continue to be the most vibrant segment in the beer category, surging 16.6% by volume in the 52-week period, with even stronger value growth (+17.8%) on an average price of $31.80 a case. The craft/microbrew segment is priced higher, on average, than imported brands ($27.59), yet imports fell 0.6% by volume during the same time span. Mexico continues to be the largest-selling origin for imported brews off-premise, at 78.7 million cases (+0.4%), but the fastest-growing source was Belgium (+28.9%).”

The BA says “In the area of beer styles, IPAs gained 2.7 volume share points in craft  and showed 45% volume growth as a style in scans. Variety packs also continues to increase in share by 0.9 share points through November. Craft Belgians surged with over 97% volume growth compared to a year ago, but at a price of over a dollar less per 6-pack. Craft stout continues to post a higher average price per case, growing $4.73 per case compared to a year ago.”