Greg tells us about Lafayette Brewing happenings: On the bottling front, we ran a very limited bottling of 2010 Big Boris Barleywine.  The 22 oz. bombers are now available for sale from the brewery only.  They are priced at $8.95 + tax. We’re now patiently waiting on our new 7 barrel jacketed bright tank to arrive (in May). Marley’s VSOP 4-month Jack Daniels barrel aged Porter will be released at the bar on Feb 12 (at the Winter Warmer (which is sold out). Ron Smith has kudos for the Carmel Payless Liquors:

“Attn: Saison Dupont Lovers,
All of you that know and love this beer know that it skunks horribly in its darned green bottle, ruining one of the finest beers in the world. Well, my beer education work may be paying off in a way I could have only dreamed of. The Payless Liquors in Carmel, where I teach my Beer MBA classes these days (just off Carmel Drive, near the Meijer) has put a display bottle on the shelf with a sign reading something like… "Saison Dupont in the back, see a salesperson for assistance".
Of course, in the back, it is in a box, protected from the light. I explained to them one day that this is how that beer should be sold, just as I have explained it to many liquor stores over the years, but Lanni, the Manager of this store, actually did it! This is probably the most impressive step I have ever seen a liquor store take to protect a good beer. Show them you appreciate their actions by visiting them sometime.
Beer education is unfortunately a very slow process on the retail side, so these little baby steps have to be seen as giant leaps forward. Just thought I would share this little victory.” 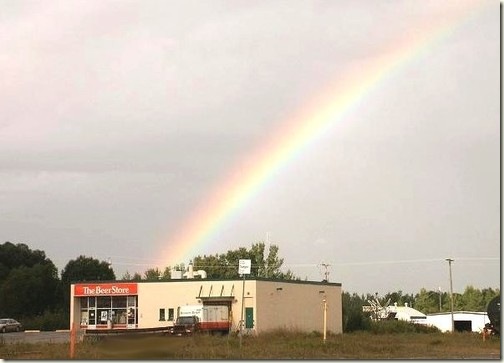