Things we learned at Winterfest: House Bill 1093 is not dead, despite what Inside Indiana Business said. There’s a hearing on Wednesday at the Committee on Public Policy and the Brewers of Indiana Guild will be out in force to support it. The wine people will also be there of course. Emails sent today and tomorrow may have an effect. Email addresses are hXX@in.gov where xx is the district number. Committee Members:

Bee Creek Brewery is getting another 15bbl bright tank in the next week or two. That pole barn must be about full by now. 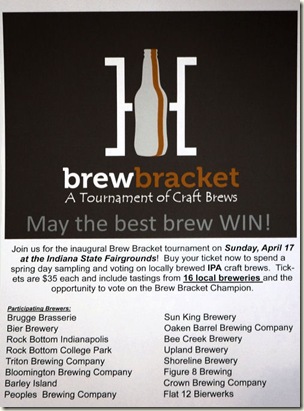 Ryan Cole and Mike Sale have started BrewBracket and will have an organized tasting, voting on April 17th at the State Fairgrounds. They hope to have 400 people. This event will benefit the Boys and Girls Clubs of Indianapolis. Brennan Croder has moved from Olinger to be the Store Manager at Kahn’s Keystone location in Indy. Adam and Jason Burk and Brent Chapman have expanded their Tuxedo Park Brewers to be a full homebrew store. Located at 1139 Shelby St. in the Fountain Square area of Indy, they are concentrating on moving new brewers to all-grain.

John Campbell, late of New Albanian has moved to be the brand manager at Falls City Beer in Louisville. Contract brewing right now, they are in dozens of Louisville and Kentuckiana pubs. They are building a tap room and microbrewery to continue their expansion. Stan is having a homebrew contest at the Heorot on April 16th. More details in February. Mike Lahti is moving from Upland to Figure 8. 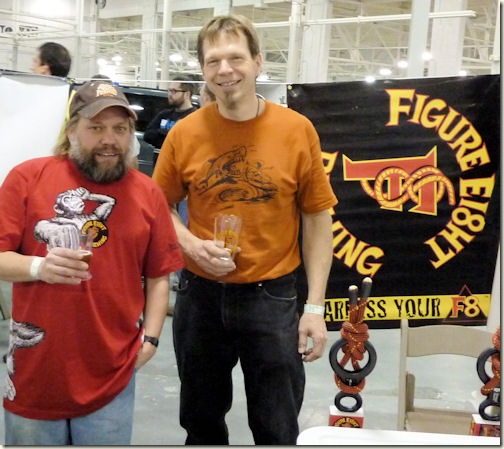