Lafayette Brewing this month: Golden Lady IPA is back. Oatis Brown comes in mid-June. Flat 12 Bierwerks gets ink and lots of moving pixels in an 11-minute episode of Travel by the Pint. They’ve just added new fermenters in a project to double production for the Big Woods Pizza soon to open across the alley. article The HBG Knights take on the Ram. Bloomington’s Craft Beer Festival reports: 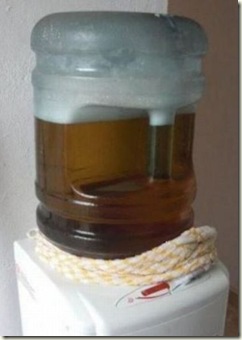 This week’s madness. More, including liquor store tastings, can be found at IndianaBeer’s Calendar.

Breweries: The Brewing News is looking for summer beers for the 4th Global Warming Open. Deadline, June 9th. Wisconsin is not without its charms. Beer, cheese, snowmobiles, Madison in general, but the current government seems to suck. Now they have taken MillerCoors money for a bill to make brewpubs, selling growlers onsite, and self distributing all illegal. article