Flat 12 is sponsoring the Beta Cell Bash at Radio Radio in Indianapolis tomorrow night. The event will benefit the Indiana chapter of the Juvenile Diabetes Research Foundation and features 10 bands including……Sweet FA? Is this the same Sweet FA that rocked the Hoosier state when I was in high school? Yep, just dated myself with that one.

If you need a good festival for this weekend, Cincinnati is celebrating the 20th anniversary of Bockfest. The festivities kick off Friday evening with a downtown parade, but the real fun kicks in Saturday night with the annual Sausage Queen crowning where finalists are asked to treat a link of sausages like a stripper pole. Don’t shoot the messenger. If you’re in the South Bend area and interested in Michigan breweries that a few people seem to enjoy, check out the Michigan Brewery Tour leaving from Fiddler’s Hearth on Easter Saturday, April 7th. Destinations include Founders, Bell’s, Hopcat, Arcadia, and Dark Horse. Peeps are generally not recommended, but it’s your call===> The annual UpCup Competition has been set for Saturday, May 19th. The event will also serve as an American Homebrewers Association rally with VIP tours and lots of great food and beer starting at 5pm. The UpCup winner brews his/her recipe at Upland and the brew is entered in competitions such as the Great American Beer Fest Pro-Am Competition and US Beer Tasting Championship. The 2009 winner, Sunday Morning in Bamberg Rauchbier brewed by Tom Wallbank, went on to become a USBTC National Grand Champion! Speaking of the AHA, registration for the National Homebrew Competition was delayed until March 2nd. Don’t forget, if you would like to judge or steward in the Indianapolis regional competition round (April 13-15) click here. The Thr3e Wise Men brewery in Broad Ripple is making a major investment in expanding their brewing capacity. New equipment additions will allow them to produce 6,200 barrels and distribute their beers to all Scotty’s restaurants in the state. Pizza and beer delivery will also kick off March 12th for customers who live within a standard delivery zone of the Broad Ripple location. Connecticut is moving closer to becoming the 49th state to allow alcohol sales on Sunday. Care to guess who the final holdout would be? In news that may excite and/or repulse you, Blue Moon Dark Chocolate Bacon Porter is one of three finalists for their new fall seasonal. This concoction will do battle with Caramel Apple Spiced Ale and Blackberry Tart Ale for the coveted lineup spot. Too bad Banana Bread Beer was already taken. An Iowa homebrewer, beer judge, and beer blogger going by J. Wilson has been named Wynkoop Brewing Company’s 2012 Beerdrinker of the Year. All Wilson had to do to gain notoriety was fast on a strict diet of water and dopplebock for 46 days. The lucky winner receives $250 worth of beer at his local beer bar, which evidently goes by the name El Bait Shop (I can’t make this up). For his sacrifice, the least I can do is mention Mr. Wilson’s blog can be found at www.brewvana.net. Cheers, Nathan 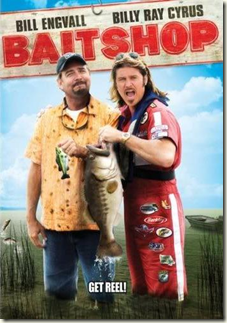