On Thursday (Mar 24) New Albanian’s Bottle Release Party will be at Keg Liquors in Clarksville. 5-8pm. Appetizers and newly-available bottles of Elector, Hoptimus, and Elsa von Horizon. Coming up: Solidarity Baltic Porter. Whoops: Todd Antz of Keg Liquors writes: We had to postpone the New Albanian Bottle Launch until next week, on the 31st from 5 – 8PM. They are having some equipment issues and we had to push it out so they can fix things. 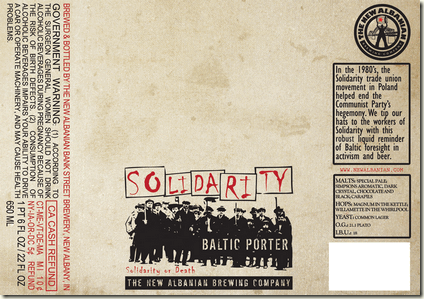 This Saturday, a new Crown Liquors on the northwest side of Indy will have a grand opening. 106th St. and Michigan Rd. The Woodford Reserve/Jack/Patron bottle engraver will be there in the afternoon. Goodys, prizes, etc. This location will be joining the Carmel, Fishers, South (US 31 & Shelby) Crowns in their Friday afternoon beer tastings. 4-7pm. Dark Lord tickets sold out in 22 minutes. Stubhub scalpers are asking from $60 to $250. Craigslist folks want them for $25 or $50 and want to sell them for $100. One guy will take your ticket and buy you the DL for $25. The hot beer topic in the newspaper today is that three Indiana breweries may soon pass the 20,000 bbl cutoff for a reduced “micro” excise tax. Three Floyds will beat that this year. Upland might. Sun Kin probably in 2012. They’d like the limit raised to 60,000 bbls. IndyStar article Headline: Oregon home brewers, winemakers can compete again: House gives final OK. Sam Adams Category 23 Longshot will hit the shelves any day now. It’s 2 each of 3 different Pro-Am winners in the “think outside the box” style. Friar Hop Ale – Belgian IPA. Blackened Hops – Black IPA. Honey B’s Lavender Wheat. press release 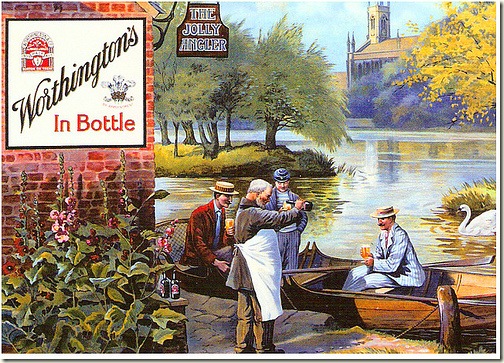 And now, your moment of Zen