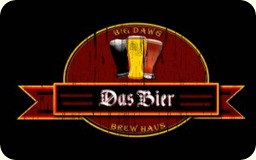 I’d like to start this week by introducing a brewery that I was admittedly unfamiliar with prior to Saturday’s TAP at TAF festival in Lafayette. The Big Dawg Brew Haus can be found in Richmond on the grounds of J&J Winery. They served up an Oatmeal Stout, Belgian Dubbel, Belgian Tripel, and California Common for the festival and it was a very impressive flight of beers. The Oatmeal Stout was one of the overall standouts from the event and is a scaled-up, unmodified version of a homebrew recipe the brewer had perfected over years. This is definitely a brewery to keep an eye on and worth checking out if you live around or pass through the area. You can find Big Dawg’s beers at the J&J Winery, Smiley’s Pub, and Randolph Cafe. Saturday is the Big Brew for National Homebrew Day! Details for registered event sites in Brazil, Columbus, Decatur, Evansville, and Seymour can be found on the AHA Event Page if you search Indiana. For the Indianapolis area, there are two great events planned (don’t forget the nationwide toast at 1pm): Great Fermentations will host an event in their parking lot at 5127 E. 65th St. featuring community brewing and tasting, the Homebrew Garage Sale, and mobile comfort food from the ScratchTruck. The event runs from 10-4 with food available from 11-2. Tuxedo Park Brewers will also host community brewing from 11-2 at their shop at 1139 Shelby St. in Fountain Square. They are offering discounts on Big Brew ingredients if you brew at the shop. RSVP on the linked Facebook event page if you plan to attend. 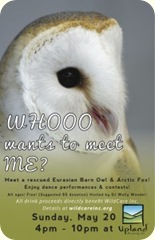 Have you ever wanted to enjoy an Indiana craft beer in the company of a Eurasian Barn Owl? I have (seriously), and now you will have the chance at Upland’s Benefit for WildCare Inc. on Sunday, May 20th, from 4-10pm. WildCare Inc. has provided professional care for over 12,000 sick, injured, and orphaned animals since 2001. The event will be held at Upland’s Banquet Space and offers the chance to meet and learn more about Valentino the Eurasian Barn Owl and Skylar the Arctic Fox between 4-6pm. All beer proceeds from the event go directly to WildCare Inc. The brewery expansion to North Carolina craze isn’t finished yet, as Oskar Blues announces plans for a new restaurant and brewery in Brevard. Sure, the story has little impact on us, but if you click over to it you’ll be rewarded with a photo of the CHAKRA collaboration brewing with Dave Chichura of Oskar Blues and Dave and Clay from Sun King. Interesting to note that Dave Chichura’s professional brewing career started in Indianapolis. Following the passing of the craft beer holiday known as Dark Lord Day comes the popular season of Dark Lord black market sales. If you choose to participate, just be aware that Three Floyds officially does not condone your little scheme. The Gods have spoken. At the risk of beating this horse one too many times, it’s worth mentioning that the Connecticut bill legalizing Sunday alcohol sales easily passed the Senate and is on its way to be signed by Governor Dannel Malloy. The Governor’s signature will officially leave ONE state that still finds it necessary to have a statewide ban on Sunday sales. I’ll give you a hint – the state I’m referring to just might be in the title of this website. If you’re looking for a little road trip to cap off American Craft Beer Week, the brand new 500,000 barrel brewing facility built by Bell’s will be open May 19th and 20th for public tours. Get there while you can……before Larry Bell decides to sell off the company. 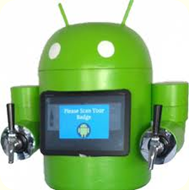 What happens when homebrewing and engineers meet? If they have a little too much time on their hands, you end up with inventions like the KegDroid. From the inventor: “Drinking beer has gotten to be very boring for me.” That, sir, does not compute.  Cheers, Nathan