What category of beer best represents the style and attitude of American craft brewers? I would make an argument for the extreme flavors and high alcohol of an Imperial IPA. But before Vinnie Cilurzo unleashed Pliny the Elder on hop lovers in 2000, American Pale Ale (APA) had been steering brewers in that direction for over two decades. The landmark beer of this style has to be Sierra Nevada Pale Ale, first distributed in 1981 and still very popular today. Sierra Nevada’s version lightened the malt character of Pale Ale’s English counterpart and featured an intense citrus hop character (for the time anyway) from American Cascade hops. There were also a few notable examples before Sierra Nevada. Anchor Brewing could stake a good claim to developing the APA style, as their Liberty Ale was released in 1975 and is still available today. But Liberty was initially brewed as a special commemorative release and did not become a regular release until 1983. Another beer often cited as influential was Jack McAuliffe’s New Albion Ale, which was developed in 1976 and featured the hop-forward style associated with modern APAs. But New Albion Brewing struggled to make a profit while brewing only 7.5 barrels (217 gallons) a week, and shut down production in 1982. Their beers were highly influential to the next generation of craft beer pioneers, and Sam Adams resurrected the New Albion Ale recipe for a special release at the beginning of 2013. 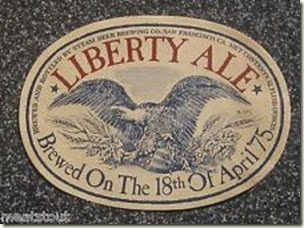 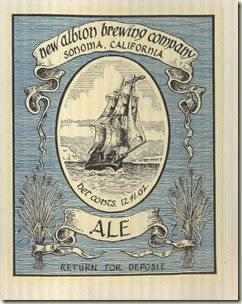 The lineup selected for our tasting featured highly regarded modern APAs from Flat 12, Oskar Blues, Sun King, and Three Floyds. And for the sake of curiosity, the classic Sierra Nevada Pale Ale was also included. A blind tasting was administered by our lovely hostess Poppi Rocketts (watch for the coveted Poppi’s pick in the results below). The beers were served in a random order to our tasting panel, and the identity of each was not revealed until after the panelists had finalized their individual rankings. Joining me on the panel were IndianaBeer reporters Dave Allen and Kathleen Slauzis; with a guest appearance from Brew Bracket’s Mike Sale. Here is a summary of each beer sampled, with the brewery’s description followed by the panel’s tasting comments. Beer #1: Sun King Osiris – Osiris is an assertively hopped west coast style Pale Ale. Every aspect of Osiris is designed to showcase the hops without overpowering your taste buds.  50 IBU  5.6% ABV 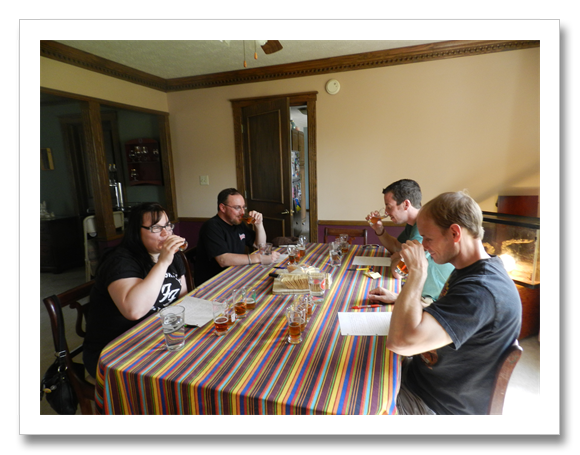 Beer #3: Sierra Nevada Pale Ale – Pale Ale began as a home brewer’s dream, grew into an icon, and inspired countless brewers to follow a passion of their own. Its unique piney and grapefruit aromas from the use of whole-cone American hops have fascinated beer drinkers for decades and made this beer a classic, yet it remains new, complex and surprising to thousands of beer drinkers every day. It is—as it always has been—all natural, bottle conditioned and refreshingly bold.  38 IBU  5.6% ABV 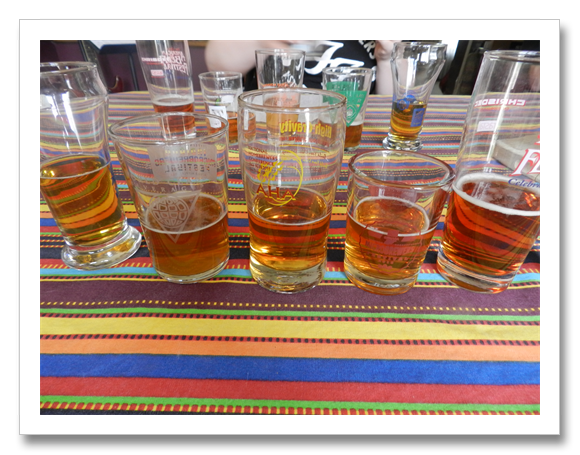 And while it doesn’t count in the official rankings, our hostess “reveals” her favorite…… Poppi’s Pick: Three Floyds Alpha King In my opinion, this was the strongest field we’ve had for any of these tastings. There usually are at least 1 or 2 beers that are clearly several notches below the rest of the field. This was the first time I went back and forth at the end trying to slot 2-5. But we probably shouldn’t be surprised at who came out on top. Three Floyds gets a lot of hype. Sometimes it’s questionable, and sometimes we find it to be very well earned. While it fell just short of sweeping first place, Alpha King was the clear winner and also managed to earn the coveted Poppi’s Pick. Three Floyds is often associated with insanely hoppy beers, but our panel frequently cited the malt character in pushing Alpha King to the top. Our second place tie featured a prominent local example in Sun King Osiris and a newcomer to our market (though already well-established nationally) in Oskar Blues Dale’s Pale Ale. Given the previous collaborations between these two breweries, we’re guessing they won’t mind sharing second place in a very strong lineup. Despite it’s 4th place finish, I actually thought Sierra Nevada Pale Ale had a decent showing here. While it was a boundary-pushing beer when it first hit the market, the craft beer scene has taken their inspiration and pushed the envelope much further in intensifying the flavor profile of this style. I actually considered not including this beer in the tasting out of concerns it could not be expected to compete with the bigger examples. But in the end, apparently I was the only hack who couldn’t appreciate the subtlety enough to elevate it above 5th place on an individual list. Shifting to the 5th place beer, I would echo Dave’s comments of surprise at the finish of Flat 12’s Walkabout. I have probably purchased more Walkabout in the last year than any other beer on this list, and picked it because I really thought it would be a strong contender. It may be damning with faint praise to say Walkabout is the best 5th place beer we’ve had in these tastings, but the results were eye-opening nonetheless. Discussing price is worthwhile here as you can expect to pay $3-4 more for a 6-pack of Alpha King versus a 6-pack of Sierra Nevada. In between those two; Osiris, Dale’s Pale, and Walkabout were found in the same price range of approximately $10-12 a 6-pack (or 4-16oz of Osiris) depending on where you do your shopping. Our results would probably justify the extra money for Alpha King, but it’s not always easy to find. In lieu of finding Alpha King, Dale’s Pale Ale and Osiris would qualify as high quality brews for your money. Thanks to Dave, Kathleen, and Mike for participating in the panel – and thank you for reading our review. The weather is getting warmer, so get out there and enjoy some beautifully hoppy American Pale Ales! Cheers, Nathan