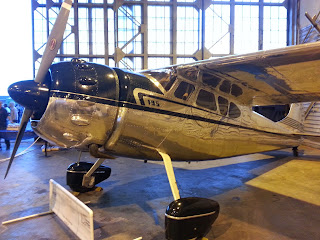 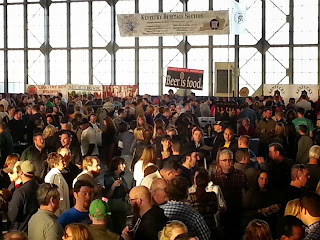 On Saturday, Feb. 21, at the Tail Spin Ale Fest over 40 breweries with at least 3 Indiana breweries (New Albanian, Flat 12, Tin Man), a dozen Kentucky breweries and more will be represented in a super cool vintage airplane hanger. With a smaller venue and representation of Southern states there are many beers you may not otherwise get to try elsewhere! Last year we enjoyed the expansion of KY breweries and trying special products as well as chatting with so many in the industry. The brewing industry is like a family. Brewers from all across the nation know each other. Larger local brewers are often found helping the smaller breweries as they grow. This is well represented in this nice brew fest! Check out the brewery list and tix (if still available – going fast!) HERE

Kentucky and Indiana brewers tend to be just great folks. Our early venture into barrel aged beers was from Kentucky brewers. We’d venture to Louisville and sample Bluegrass Brewing’s Bourbon Barrel Stout. (available at Tailspin) One fine day we stopped in at a BBC location and met Brewer Sam Cruz. Sam was pleased to show us the operation and provide us with samples of many barrel-aged products. Eventually Sam left BBC and with partners opened Against the Grain Brewery at Louisville’s Slugger Field. We shimmied up ladders with Sam to see the multi-storied brewery and sampled more notable beers like Kentucky Ryed Chicken (available at Tailspin). We are now excited to try the ATG/BrewDogs (think TV show) collaboration at this Tailspin Barrel-Role. Sam represents so many fine brewers that are so congenial and love to talk about their beer just like DH and Evan, founders of Country Boy Brewing in Lexington and Roger Baylor of New Albanian (NA IN) Brewing. Good people brewing good beer!

Kentucky, just like Indiana, is going through legislative action that tends to be the local brewers vs. the big international giants Ky Beer legislative action here
Indiana brewers can’t grow due to a cap put on brewing for local distribution. Details here We can help by providing our opinions to legislators!

IF YOU LIKE NUMBERS Craft beer (US Dept of Commerce numbers) grew 18% in 2014. Belgian beer imports grew 25% but on a small base of sales while Mexican imported beer represented 60% of all imports in 2014, growing 15%.