Great Fermentations has been a long-time cornerstone of the emerging Indiana homebrewing scene offering local supplies and education. Owner Anita Johnson has played an important role in launching the hobby, and in some cases profession, of many local homebrewers while also spending volunteer time as a technical editor for Brew Your Own magazine and organizer of the Indiana State Fair Brewers Cup. We recently sat down with Anita to discuss past memories, emerging homebrew trends, and the virtues of sheltering the homeless in your warehouse. 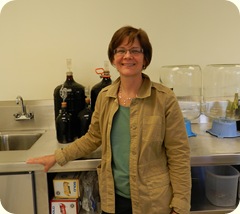 1 thought on “Interview with Anita Johnson of Great Fermentations”