April 14th starts a week long celebration at all Mad Anthony Brewing Company locations in celebration of their 16th anniversary of their first keg tapped at their Fort Wayne downtown location at the corner of Broadway and Taylor.  The community is invited to share in the celebration of this milestone at all of their regional taprooms.

According to their Facebook page, “”Sweet Sixteen” is a Double Imperial IPA brewed in celebration of our 16th year as a Fort Wayne Brewing Company. It was brewed with a large amount of Pale Ale malt, grown and processed in the UK, giving this beer a substantial malt backbone and a nice dose of sweetness to go with the pungent aromas and bitterness contributed by the American grown “Falconers Flight” hops. This beer, crafted by their brewery team, boasts an alcohol by volume of close to 9% and 60 International bittering units as well as a copious amount of hops added late in the fermentation of the beer giving it a very fresh hop aroma and flavor. “Sweet Sixteen” is fermented with our house ale yeast, which leaves a clean but fruity character to the beer.”

Join in the fun at any of their taprooms to help them in celebrating their 16th anniversary! 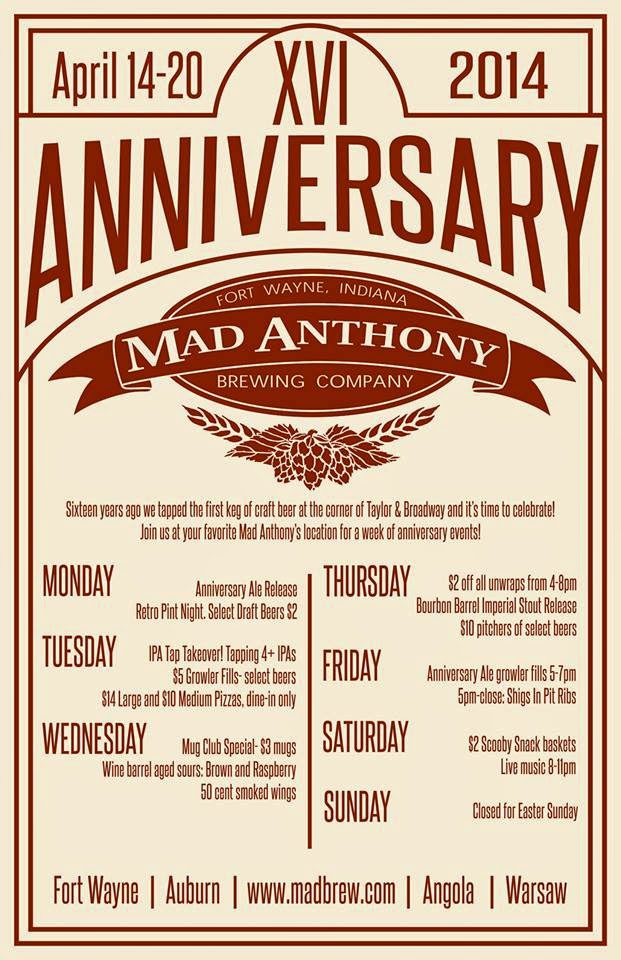 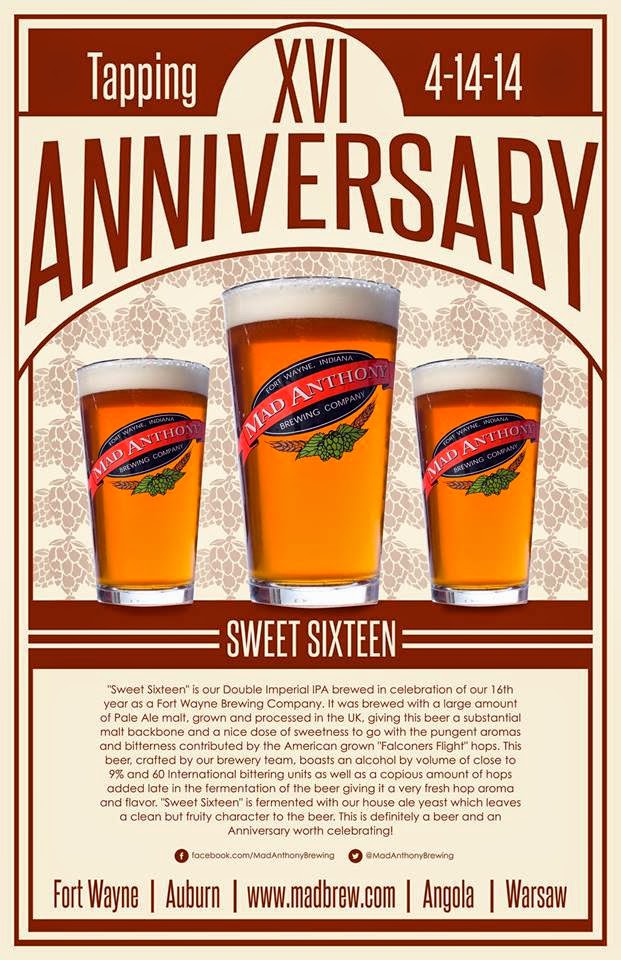