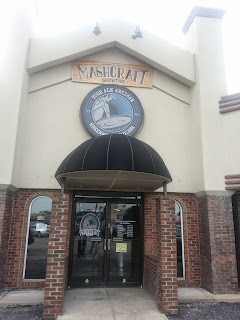 Craft beer expands on the South side of Indianapolis in Johnson County as Mashcraft is open (at noon on Friday, May 6). Mashcraft Head Brewer Andrew Castner brings his experience back to the Greenwood area from his brewing roots at Oaken Barrel after winning many awards at the Great American Beer Festival, the North American Beer Awards, Brewers Cup, and Indiana Brew Bracket for The RAM restaurant and brewery. Castner demonstrated great brewing flexibility and quality by knocking out mainstream beers like an amber, pale, blonde and more as well as specialty beers from great barrel aged versions to an Anaheim Chili enhanced IPA (multiple award winner) at The RAM.

Mashcraft, located at 1100 N. State Road 135, Greenwood, just South of County Line Road and across from Hal’s Las Vegas Bar & Grill, offers 4 beers for their initial opening: a crisp MashCraft Gold blonde, a sessionable Scots Ale Scottish 70 with solid malt flavor and a nice layer of light roast at only 3.3%, a HopJam Imperial IPA at 7.6% using Centennial and Falconer’s Flight hops, and MashCraft IPA citrus and herbal delivery at 6.4%. Coming soon will be an American Amber MashCraft Red. Castner tells us MashCraft will plan to feature several sessionable beers with flavor and promises that ultimately he will showcase his flair for the unusual with specialty beers in different categories. We found the Scots Ale a delightful beer that will likely satisfy many beer drinkers whether looking for a bit of roast, an easy drinking beer, or just an alternative to hops. Mashcraft offers an Italian style sandwich from local Zoey’s Pizzeria and a beer infused chili to handle hunger. 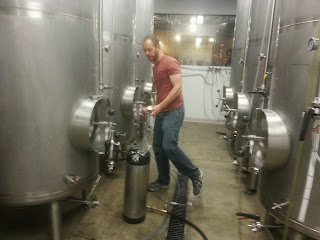 By locating in the Greenwood area, Mashcraft joins one of the original Indiana breweries, Oaken Barrel of East Main Street, Greenwood which opened in 1994, as well as Planetary Brewing also blocks off of East Main, Greenwood with local craft beer. Rounding out the area’s beer places is beer bar Shallo’s which serves Planetary’s beer along with many other craft and imports plus the BJ’s chain which does not brew locally but serves their own craft beer.

With 50,000 cars passing daily on Indiana S. Road 135 in front of the shopping area where Mashcraft is tucked-away called Country Center we expect many Southsiders will stop in to grab a local craft brew. Greet manager Sarah and step up to the bar, sit on one of the picnic tables or enjoy the old stadium seats rescued from the former Victory Field, where the Indianapolis Indians played!