This past weekend marked the Michigan Brewers Guild Summer Festival in Ypsilanti (near Ann Arbor) and served as a celebration of the Guild’s 15th anniversary. And they know how to throw a good party – two days with sessions covering Friday night and Saturday afternoon, 62 breweries, and over 500 different beers. Huge thanks to Jim and Joe from Liberty Street Brewing for taking on a couple brewery volunteers from the Hoosier state for the big weekend! The first destination on our beer agenda was a pit stop at Dark Horse Brewing just off I-69 in Marshall to get some lunch. Dark Horse is notorious for bringing an obscene number of beers to the festival (I counted 51 this year) so predictably there weren’t a lot of specialties left around for visitors to the taproom. But it was pretty hard to argue with a pumpkin seed cilantro pesto, artichoke heart, sausage, tomato, spinach, and mozzarella pizza. My first experience to Dark Horse on a brewery trip years back found a low-key trailer filled with artifacts that would make you think of a massive garage sale held by a child of the 80s. The trailer is now jam packed with tables and the growing popularity of their mug club has taken control of the interior decorating. The lot now includes a separate general store and tattoo parlor with future plans for a creamery, candy shop, bakery, and distillery in the works. 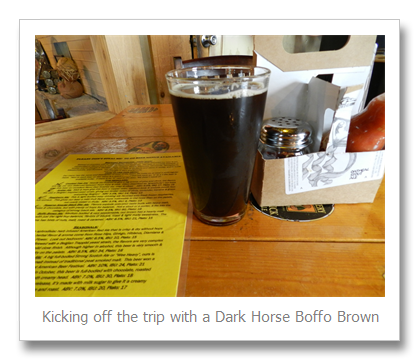 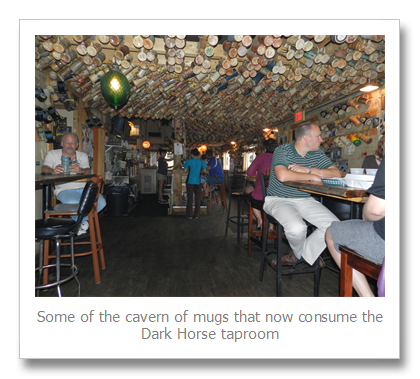 The festival features only Michigan breweries and includes certain Indiana bottle shop fixtures like Bell’s, Dark Horse, Founders, and New Holland. But these breweries (along with Short’s, which only distributes within Michigan) tend to attract some insane lines at the festival. So we mostly avoided them with the exception of a few visits during the VIP hours. We did get some Founders Imperial Stout which ranked among the standouts along with Arcadia cask Baltic Porter, Liberty Street 42nd Parallel Double IPA, Michigan Beer Cellar Uncle Krunkle’s Dunkel, North Peak Vicious Wheat IPA, Odd Side Mayan Mocha Stout, and Sherwood Daytripper Trippel. Many breweries also brought a 15th Anniversary Ale, which apparently was considered a “strong Pale Ale” but seemed to leave open plenty of room for interpretation among breweries. So how does it compare to our festival? One major difference is that Michigan requires tokens to be exchanged for samples. Admission includes just 15 tokens, but additional tokens can be purchased for 50 cents each and the exchange is not always rigorously enforced anyway. There is a VIP hour before each session, but you cannot buy a ticket for it. You’d need to join the Guild as an “Enthusiast Member” or find a nice brewery you can volunteer with for access. There is an overwhelming amount of beer available at this festival and the quality across the board is fairly exceptional. The downside is the crowd size, particularly during the Saturday session. The lines are pretty bad for the well-know breweries, so we find it quite a bit more enjoyable to try new things from smaller breweries rather than stare at someone’s back all day. Riverside Park in Ypsilanti provides a decent amount of shade and a simpler, more intuitive layout than we had this year in Broad Ripple. One thing I definitely want to give Michigan some credit for is the convenient placement of composting and recycling receptacles throughout the festival grounds. Volunteers from the High Five Program and Sweaty Mouse Green Team were present and actively encouraging participants to help the Guild work towards their goal of “zero waste” for the festival. All cups, plates, and utensils used were biodegradable. This was great to see and I really hope that Indiana will start to adopt some of these practices for our festivals next year. 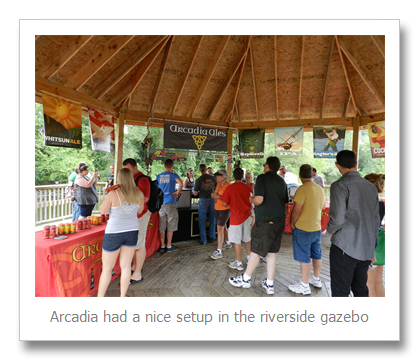 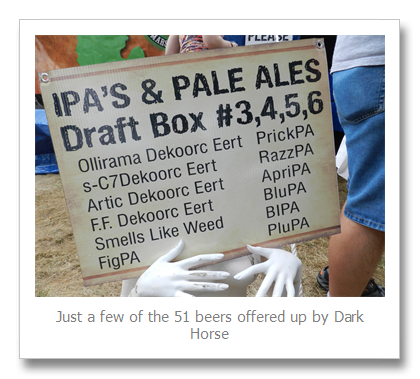 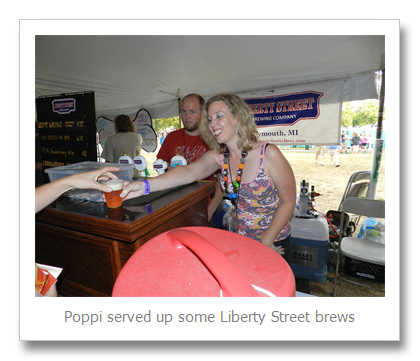 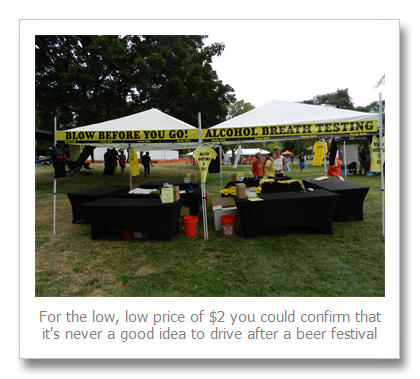 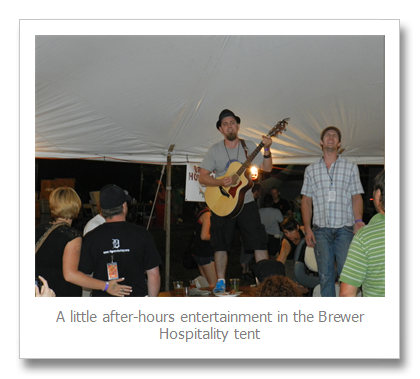 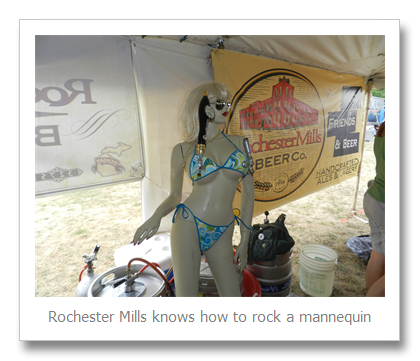 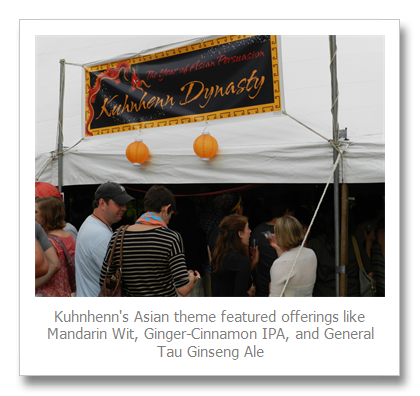 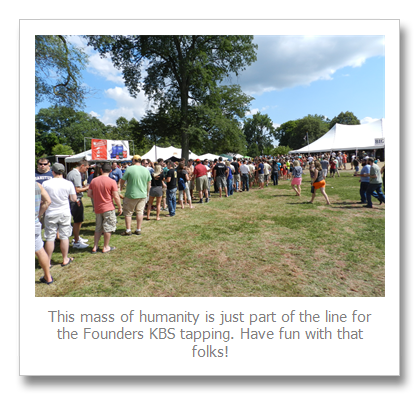 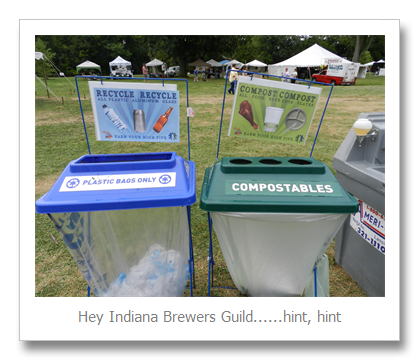 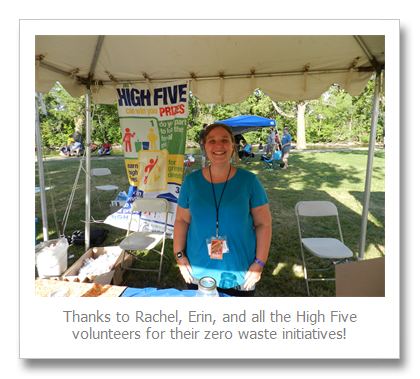