It started with a thread on Pro Brewer – Rating the Raters: Opinions on BA & RB. Stuff like "Beer geeks are one thing, I am one. Beer wankers are another. These seemingly alcoholic losers wouldn’t know a good beer if it was delivered by the gods themselves. They have little to nothing to do with my consumer base." Then it calmed down. Now Beer Advocate and Rate Beer folks are talking about it. "We are all mega fans of Shock Top "craft" wheat. I mean just look at how well we’ve scored it. 12/100 points for witbiers. So you’re exactly right, no way we can tell good beer even if it hit us in the face." 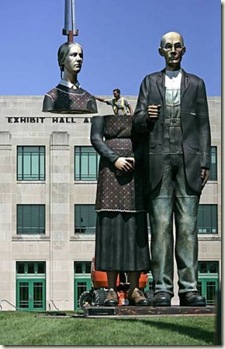 The dry Indiana State Fair is coming up real soon now. Aug 6-22. At Vine and Table, Carmel, Denis tells us there are a couple of new Whiskey’s worth putting on your shelves.

TastingBeer.com‘s 2010 World Beer Awards are out. Yeah, another web site handing out awards. But this one is a bit special. Judges included Roger Protz, Jeff Evans, Stan Hieronymus, Jay Brooks, Eric Warner, and Ben Vinken – all notable writers. And the winners are: